It is hard to believe, but the financial markets are pricing in multiple rate cuts before the end of the year. There is even an overwhelming assumption that the rate hikes will begin this month. As we have mentioned before, we can't imagine the Fed pulling the trigger; the markets have already done the dirty work by pricing in lower interest rates. Further, the stock market is at an all-time high and employment is near an all-time low. While it is probably true the Fed went a little too far with its 2018 rate hikes, it would be hard to justify a cut in today's environment. Accordingly, we tend to think Treasuries are overpriced and we think the equity market might be as well. 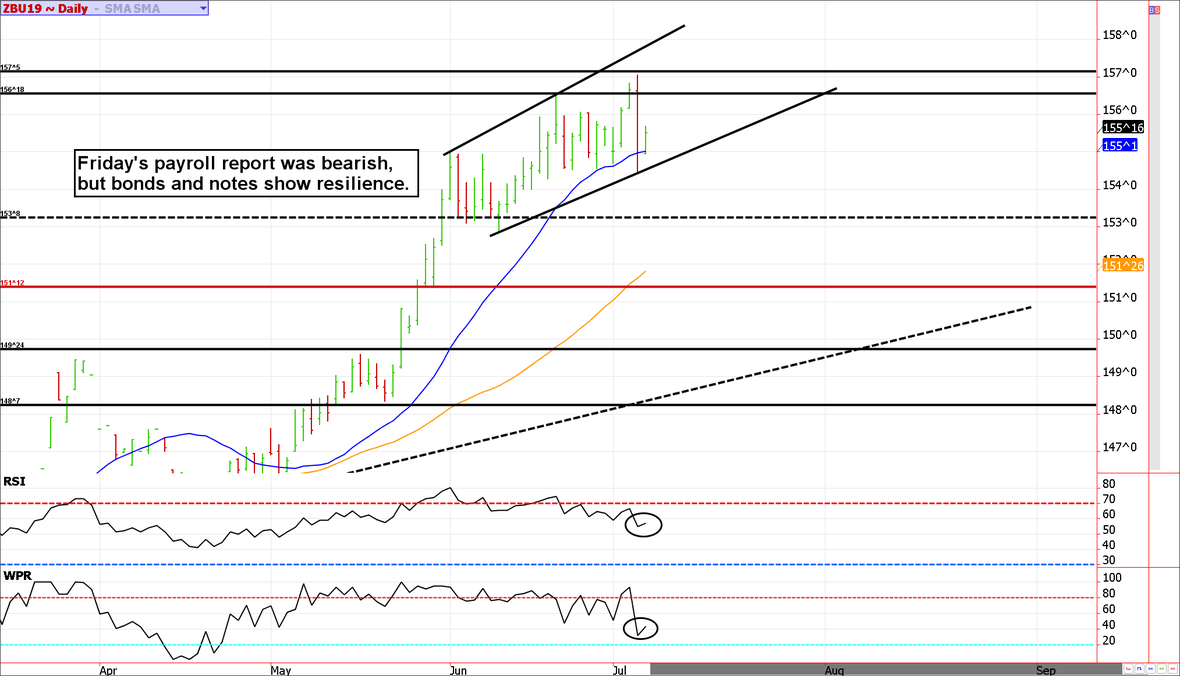 Maybe we are stubborn, but we don't see any reason for a Fed rate cut.

Assuming the Fed refrains from cutting rates later this month, the bond and note markets are fundamentally overpriced. Further, a glance at a weekly chart of the ZB (10-year note) is quite telling and indicates a potential top sooner rather than later.

We were hoping to see a much smaller net-short position on the COT than what was revealed (because this would have meant that most of the shorts had already been squeezed out and the buying would be more likely to dry up). Nevertheless, speculators are holding a net short position of about 270,00 which is far less than the record net short position of nearly 800,000 contracts last year. Thus, the risk of a sharp short-covering rally from here is slim. If these traders opt to begin building their short position once again, selling pressure could materialize.

The bond and note markets are slowly showing signs of weakness. However, seasonals could limit the downside for now. We are looking for 152 in the ZB and 126 in the ZN. 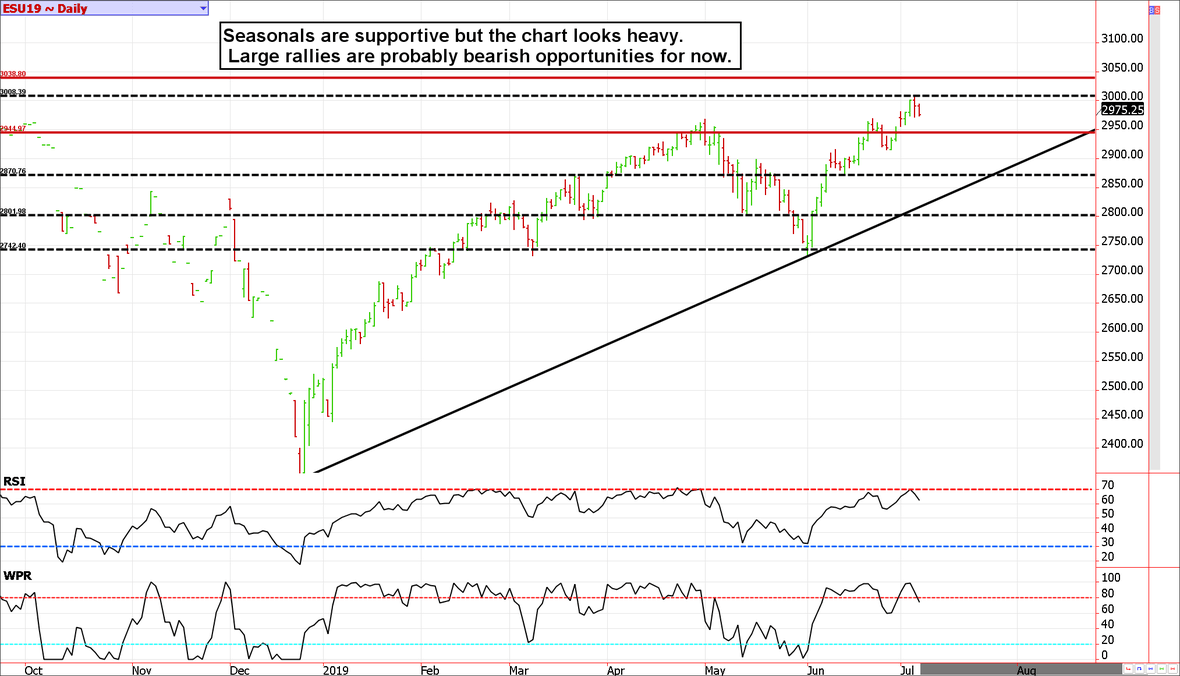 Is all of the good news priced in?

The upside in the S&P is likely limited to somewhere between 3,000 and $3,030. In fact, the highs might have been made late last week in holiday lightened trade. We will likely know the answer to that after Fed Chair Powell speaks later this week.

In the meantime, we prefer moving forward with the idea of turning bearish into any sharp rallies. In fact, those looking for ideas on a relatively low-risk position trade might look to sell a Micro E-mini S&P 500 contract on a run toward 3,000. At $5 per point, even a run to 3,030 or a little higher shouldn't be overly painful. In essence, this product gives traders the luxury of having room for error upon entry without losing a lot of sleep.

Sharp rallies could be opportunities for the bears. However, seasonals are bullish so selling into dips probably won't work as expected.