Price action on CAD/CHF has caught our eye, as it suggests a bearish breakout could be pending.

Since Wednesday, the cross has been caught within a 36-pip range. It can’t stay in there for ever, although without top-tier calendar events from Canada or Switzerland today, we may have to rely on external events to provide a breakout with a catalyst.

Still, we believe this is one worth watching. We saw back in November that a failed, bullish triangle resulted in a 400-pip decline. So, it’s interesting to note a similar pattern has emerged, prior to prices breaking down early March. If a similar move were to materialise, it could send the cross beneath the 0.7178 low over the coming weeks. 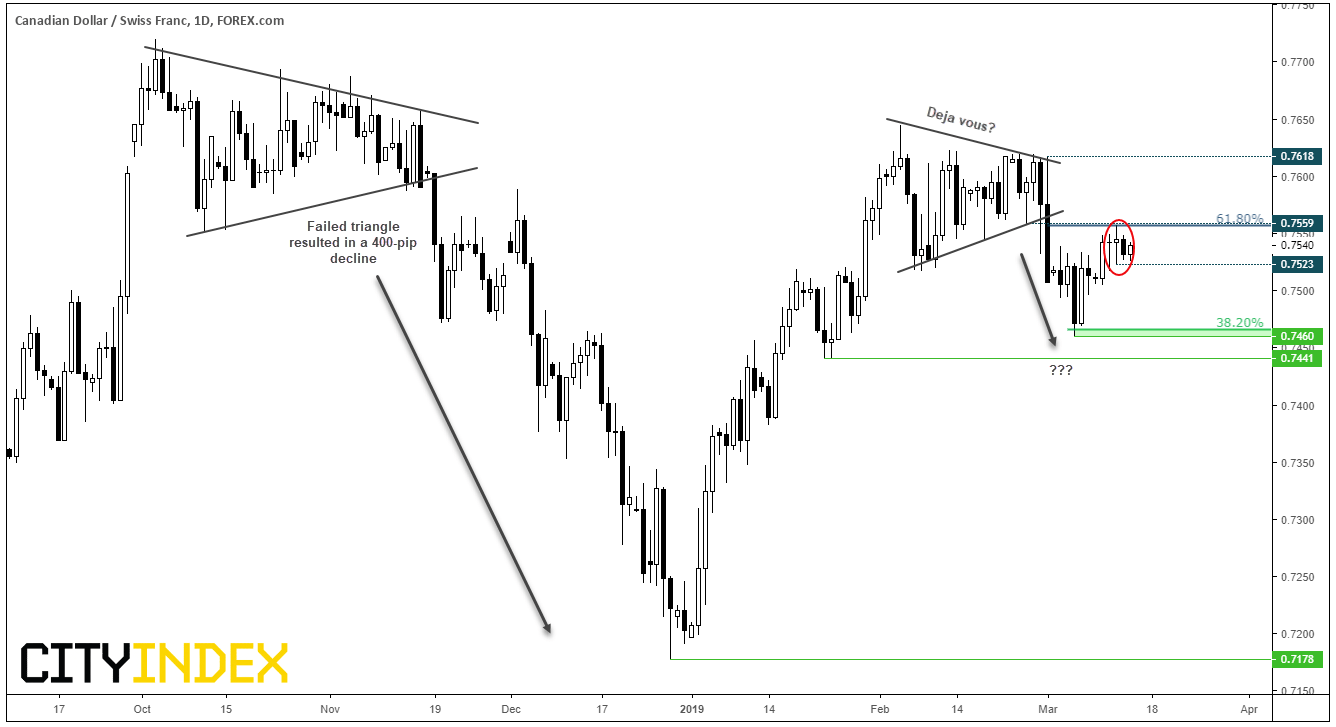 Since breaking lower early March and finding support at 0.7640, prices have retraced in a corrective fashion. It’s far from a textbook example but is reminiscent of a bearish wedge. A grave stone doji and spinning top showed a hesitancy to break above the 61.8% retracement level, and yesterday’s bearish inside day shows compression is underway.

A clear break beneath 0.7523 could see bears target the 0.7460 low, although keep in mind we can see a 38.2% Fibonacci retracement level just above here. If bears retain control, the view becomes less obscured beneath 0.7441 for a potential run for the 2018 low. However, if we’re to see a clear break above 0.7560, the bearish bias goes onto the backburner for now.

AUD/USD slips below 0.6700 as RBA minutes keep a bearish bias

AUD/USD declines to 0.6700, with the recent low of 0.6697, following the release of RBA minutes during Tuesday’s Asian session. The minutes statement reiterated the policymakers’ readiness to ease the policy if needed.