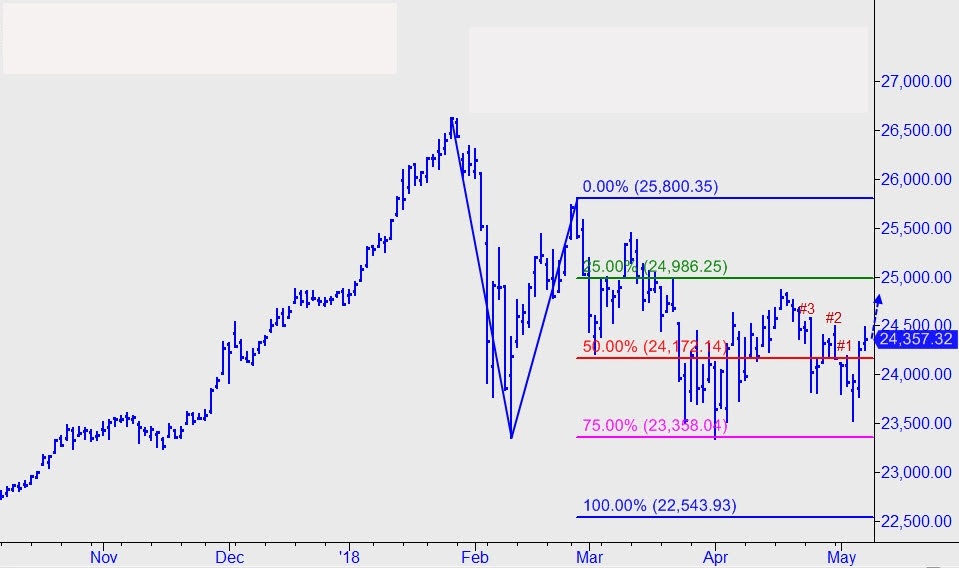 Some of Wall Street’s smelliest garbage got airborne Thursday, caught in a short squeeze that could finish out the week. The shares of Lyft and Uber in particular, two companies that are good bets to remain profitless indefinitely, wafted skyward as though launched from a trebuchet. The medieval weapon is capable of hurling an automobile the length of a football field, but the short-covering behind Thursday’s rally packed even more power.

That’s because the day had begun with news that might ordinarily have been expected to scuttle stocks. Instead, the Dow gained a respectable, if not to say insane, 101 points. This extraordinary display of confidence, arguably misplaced, followed reports of an Iranian attack on two oil tankers in the Gulf of Oman. When word of the torpedoing of the ships hit the blogosphere around 9:45 p.m., crude prices instantly shot up around 4% as stock-index futures plunged commensurately. But by the time the NYSE’s regular session opened, the Indoos had wafted back into positive territory and crude had recouped about half its losses. From that point forward bears were screwed, since there was nowhere for stocks to go but up.

It’s not that investors were fearless, although that is probably the way they will be described by mainstream pundits. It’s more a case of shares moving opposite expectations, energized in particular this time by short-covering bears who had every reason to think that a serious threat to the world’s oil-supply would spook stocks. In ordinary times they would be right. However, there is nothing ordinary about these times, at least not on Wall Street, and especially with regard to how shares behave when credit money to buy them is cheap and in more or less unlimited supply. This condition can turn rationality itself on its head, such that a mushroom cloud billowing over the Middle East might be perceived as bullish for stocks because it would be bullish for oil.