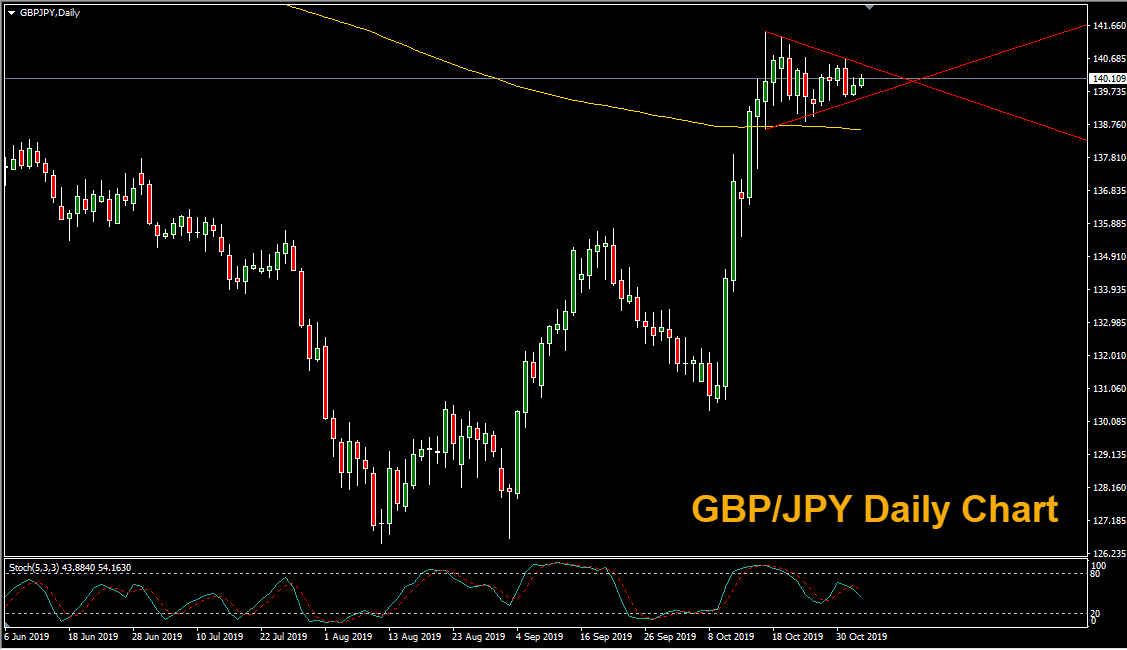 A pennant pattern has formed on the GBP/JPY daily chart. A well defined flagpole was made with the sharp up move beginning on October 10th, which has been followed by a consolidation in price since October 18th. Since the pennant is in the context of an uptrend, it is technically a bullish pattern. GBP/JPY traders will be eyeing a potential breakout to the upside.

Brexit jitters put the brakes on the rally in sterling. On October 22nd, British lawmakers opposed Prime Minister Boris Johnson’s plan to pass Brexit legislation through parliament in only three days. Brexit has now been pushed back to January 31st 2020 and a UK general election is set to take place on December 12th.

Meanwhile, the Japanese Yen is also under pressure as the Bank of Japan adopted a dovish stance at their latest policy meeting. At the October meeting, the BoJ kept monetary policy on hold and signaled that further interest rate cuts are possible. The Japanese central bank decided to keep its short-term rate target at -0.1% and the 10-year government bond yield at around 0%.