The British pound lost his positions comparing to the US dollar, Euro, and other haven assets at the beginning of this week, because of the global markets sale. Investors realized that the pandemic is entering the next stage of the virus so-called Covid Delta. GBP dropped on the same day the country saw all restrictions eased. Investors are concerned about the future of the UK, despite the fact it is one of the most inoculated countries. These facts dropped the Pound-to-Dollar to the lowest level since February.

The British Pound dropped hard comparing to the haven currencies. It trades better against the basket of currencies, such as the Australian, New Zealand, and Canadian Dollars as well as Emerging Market currencies. This is because these so-called commodity currencies and high-yielding currencies tend to display greater sensitivity to the sentiment of investors.

In this way, the perspective of global currencies depends on how long investors are going to concern about the Covid strain. 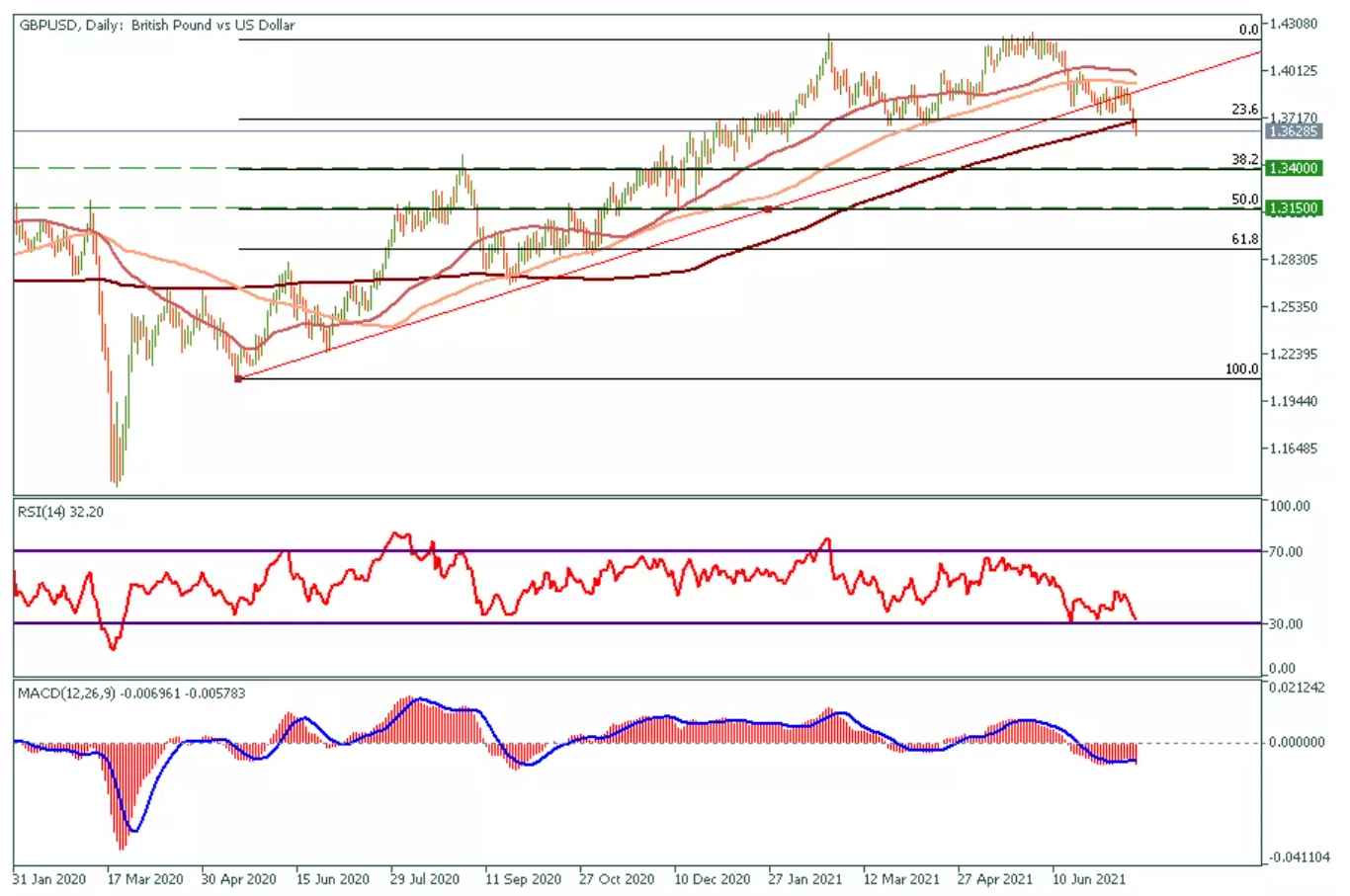 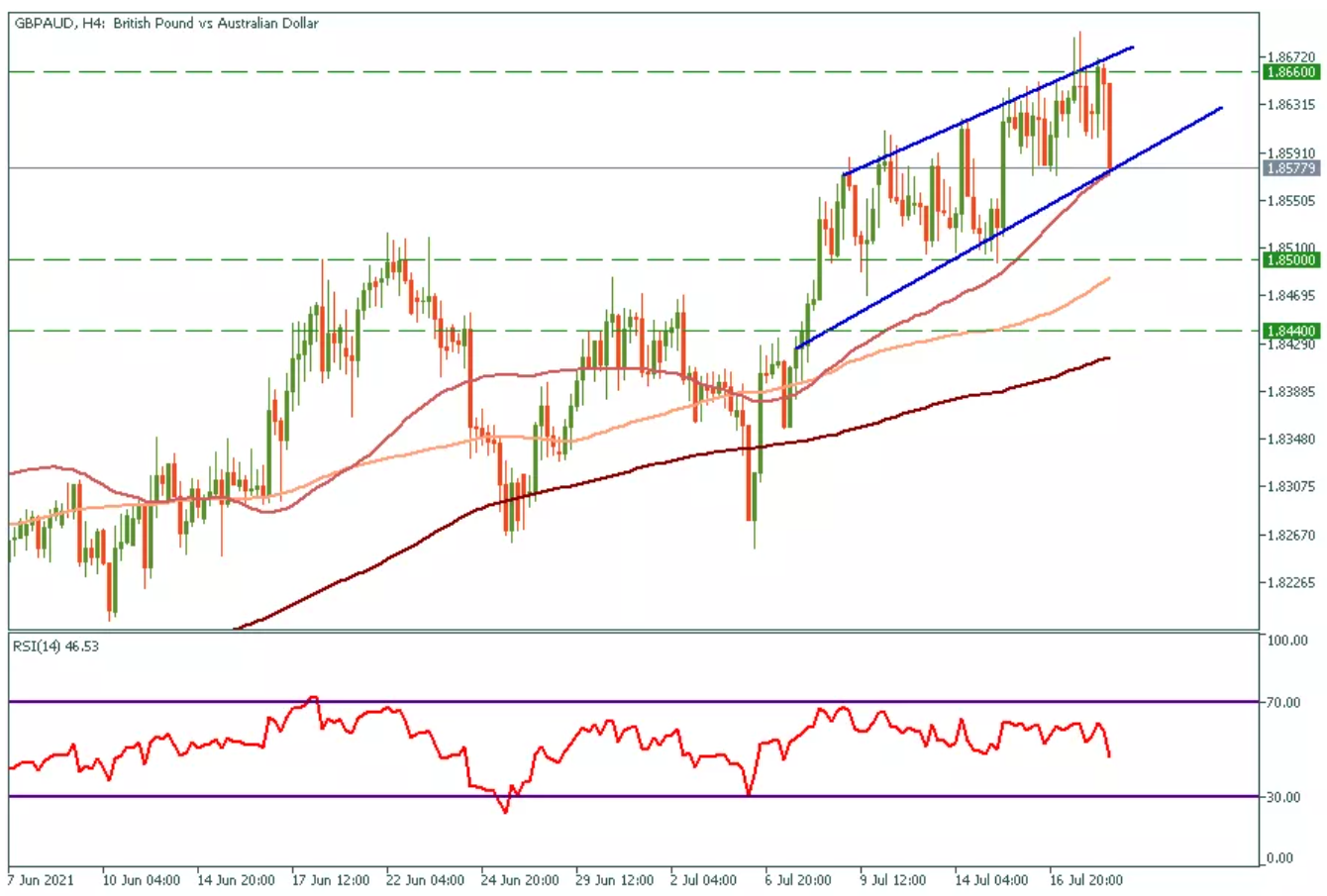 The GBPAUD is trading in the rising channel. At the moment the price is testing the 50-period moving average. If the price breaks this support, it will drop to $1.85, $ 1.844 support lines. On the contrary, if it stays above the bottom line of the channel it will raise to $1.866.

Gold was seen oscillating in a narrow trading band through the first half of the European session. A combination of factors extended some support, though the lack of buying warrants caution.