Will the Bank of England rest in London while negotiators frantically discuss Brexit in Brussels? There is little the BOE can do – especially after it boosted its bond-buying scheme by £150 billion in its last meeting. Will BOE Governor Andrew Bailey end a turbulent year with a whimper? Not so fast.

While the "Old Lady" is set to leave its policy unchanged and does not release its quarterly report at this juncture, its updated views of the economy and hints about the next steps matter. The BOE's perspective is critical as recent figures project a murky picture and amid Brexit uncertainty.

The labor market report is a fine example of sending mixed messages. On one hand, Britain's Unemployment rate remains depressed at 4.9% as of October, barely rising from the historic lows despite the coronavirus crisis. On the other hand, jobless claims jumped by 64,300 in November, worse than projected.

The main theme of 2020 has been coronavirus and there is light at the end of the tunnel. The BOE convenes in the second week of Britain's vaccination campaign using the Pfizer/BioNTech jab – and additional immunization schemes are on the verge of approval.

However, Bailey and his colleagues announce their decision one day after London, where its headquarters are based, enters severe Tier 3 restrictions which are set to hit the economy. 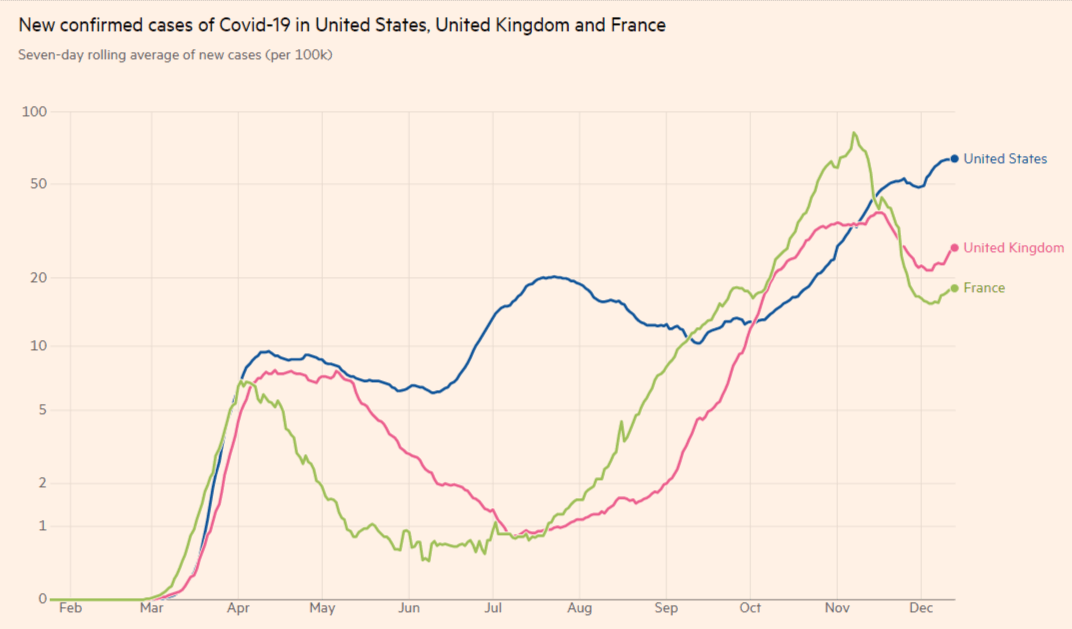 For the pound, the primary driver in recent days has been Brexit with growing uncertainty and precious time to reach an accord. A no-deal exit would subtract an additional 2% of Gross Domestic Product – in addition to 4% that the upcoming departure will cost the UK, according to the Office of Budget Responsibility (OBR). However, the ongoing talks promise higher chances of a deal.

Will the BOE see the glass half-full or half-empty on the economy, the virus and Brexit? There is a good chance that Bailey and co will opt for a rosier view – vaccines show the light at the end of the tunnel and negotiators continue deliberating. The bank is unlikely to go out of its way, but will likely convey a message of cautious optimism – boosting the pound.

Officials at the London-based institution have been flirting with the idea of setting negative interest rates since the spring, and even said that they are examining its implementation. Governor Bailey recently stated that work on the topic is ongoing. Each time sub-zero borrowing costs were mentioned, sterling shivered. While such a move would do little to support lending and the economy, it is undoubtedly adverse for the currency.

However, as time passes by, the BOE sounds like the boy who cried wolf – seemingly making toothless threats. Nevertheless, the bank could weigh on the pound by introducing fresh language that would signal setting negative rates in its next meeting – one which includes new economic forecasts. The changes for such a move seem low amid optimism, but that is probably the only risk facing sterling.

The BOE is set to leave its policy unchanged amid growing uncertainties and potentially lean toward pound-positive optimism – at least as long as there is no credible threat of an imminent rate cut.