BoC held rates steady at 1.75%, matching widespread expectations. The bank watered down its commitment to normalization, saying “Governing Council judges that the outlook continues to warrant a policy interest rate that is below its neutral range. Given the mixed picture that the data present, it will take time to gauge the persistence of below-potential growth and the implications for the inflation outlook. With increased uncertainty about the timing of future rate increases, Governing Council will be watching closely developments in household spending, oil markets, and global trade policy. Contrast that with January, they maintained their commitment to normalization, saying that “Governing Council continues to judge that the policy interest rate will need to rise over time into a neutral range to achieve the inflation target.” In our view, this announcement rules out a rate hike from the BoC this year.

USDCAD  shot higher, breaking the significant 1.3440 barrier, following the BoC’s no-change announcement, and dovish statement, which said Canada’s slowdown was sharper and more broad based than earlier expected. The 1.3440 represents the 61.8% Fibonacci retracement levels from the downleg seen since December., which theoretically consider be a strong retracement level. Hence ce a close today below this area could suggest a pullback and a retest of the 50% fib. level at 1.3360, which could be supportive for the pair. The latter is the 2-month Resistance for Loonie so far, which now converted to Support.

The daily technical indicators are neutral to positive, as RSI is looking to the upside and MACD has turn positive however signal line remain in the negative side. 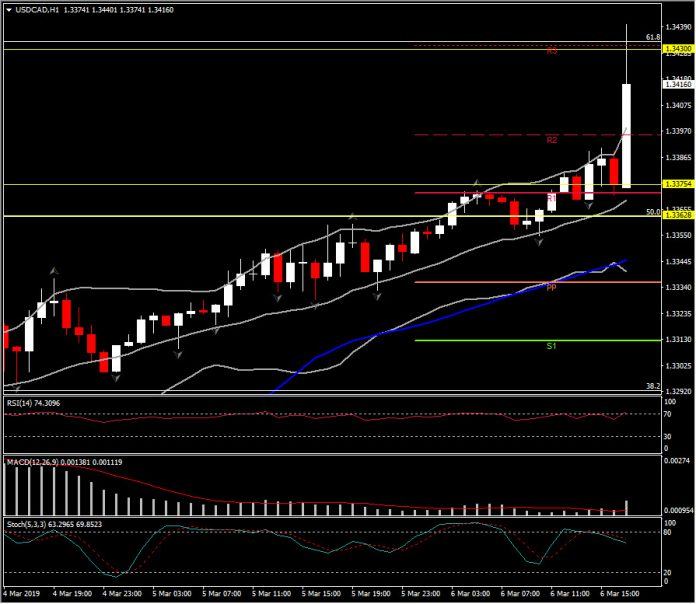 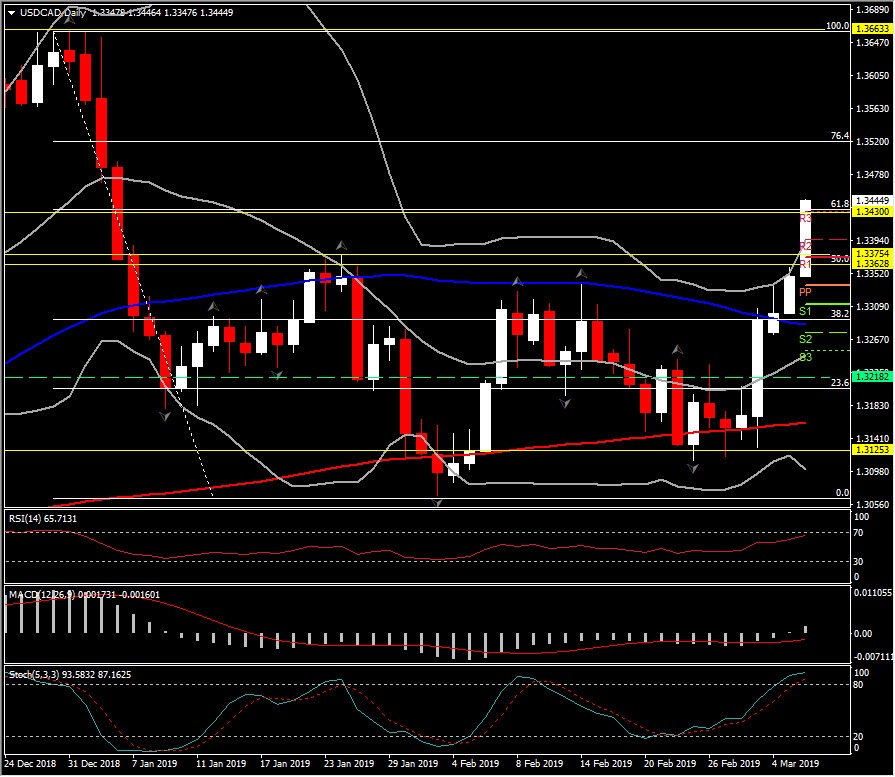