The Bank of Canada is expected to continue tapering its asset purchases and maintain its current rate posture when it concludes it meeting on Wednesday at 10:00 am EDT

Overnight rates should remain at 0.25%, where they have been since last March, and asset purchases are forecast to drop to C$1 billion a week from C$2 billion.

Markets will be focusing on the Monetary Policy Report (MPR) and comments from Governor Tiff Macklem in his news conference one hour after the rate announcement.

Currently, Bank of Canada (BOC) guidance indicates the first rate hike could come in the second half of 2022.

The overnight rate will be left at “the effective lower bound until economic slack is absorbed so that the 2% inflation target is sustainably achieved. In the Bank’s July projections, this happens in the second half of 2022.”

Credit markets have priced a more aggressive tightening and will be looking to the MPR and Governor Mackelm for possible indications.

The BOC was the first major central bank to begin withdrawing its pandemic emergency support when it reduced its asset purchases C$1 billion in April. Originally set at C$4 billion a week they have since been cut in half. The program is expected to end in December.

Inflation and growth forecasts are expected to catch up with the recent performance of the Canadian economy since the last MPR in July.

Consumer prices have accelerated much faster than the BOC predicted. The headline Consumer Price Index (CPI) registered 4.4% annually in September and the bank’s own core measure climbed 3.7%.

August GDP is forecast to be 0.7% when it is released on Friday and that would be a substantial improvement from July’s -0.1%.

Nonetheless, third quarter Canadian growth is tracking below the 7.3% assumption in the July MPR, which could be adjusted lower. The prior MPR estimate of 6.0% for this year and 4.6% for 2022 are also candidates for downward revision, perhaps to 5.0% and 4.0%.

Governor Macklem has warned that the supply issues driving shortages and price increases will last longer than the bank had anticipated. In that assessment he is in agreement with his colleague at the helm of the  US Federal Reserve, Jerome Powell.

US and Canadian sovereign yields

Yields on US and Canadian government debt have risen in tandem since the last Federal Open Market Committee meeting on September 22. The US 10-year Treasury note has added 31 basis points to 1.638%.

The equivalent Canadian security has climbed 43 basis points to 1.645%.

The Canadian dollar struck a four-month high against its US counterpart last Thursday at 1.2288. 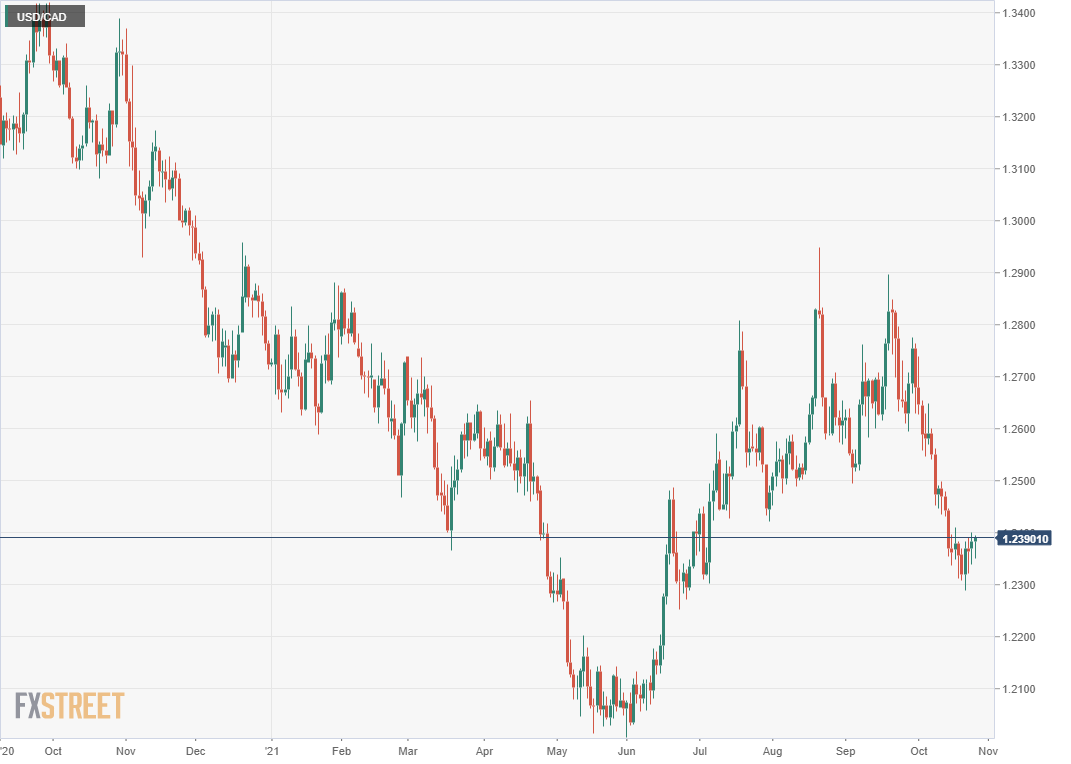 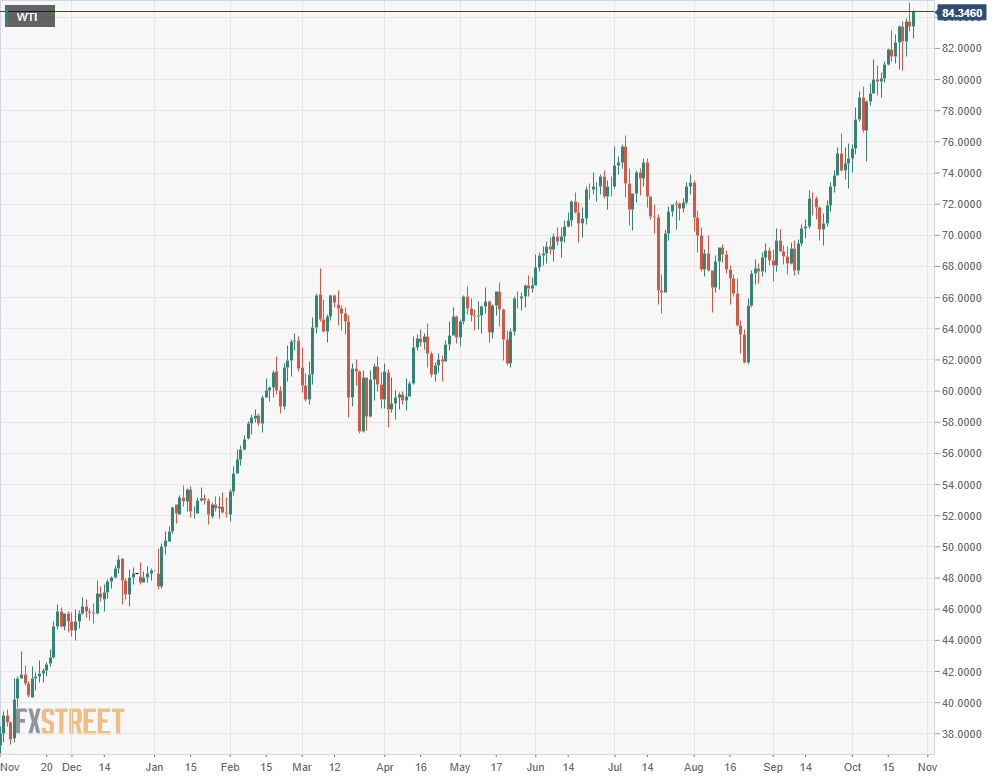 Any surprises from the BOC decision and MPR are likely to be limited to the growth and inflation updates in the policy paper. Markets are anticipating a modest decrease in the first and a small increase in the second. If either estimate in the MPR comes in stronger it will bring forward the expectations for the BOC’s first rate increase in 2022.

Likewise, Governor Tiff Macklem’s characterizations of the economy and inflation will provide signposts for policy changes next year. The more he speaks of supply chain and labor issues, the higher will rise the market assessment for inflation.

With the Federal Reserve expected to announce a taper of its far larger bond  program next Wednesday, a change with global implications, the BOC decision will play second fiddle, even though the Canadians have led the way on policy.