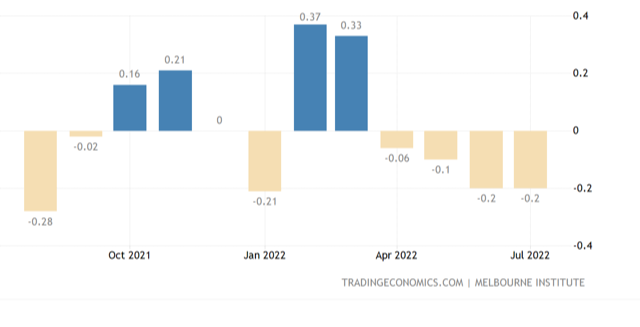 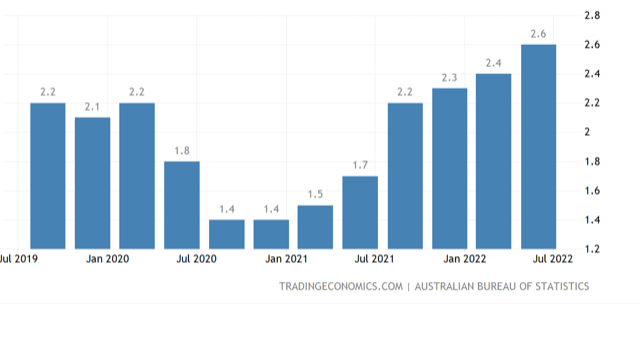 Strong evidence of a wages/inflation upward spiral, and leading economic indicators suggesting recession not far ahead.

The simultaneous nature of both these reports, and the disconnect they represent from the historical pattern of wages and inflation during periods of an over-heating economy, could not be more stark.

Time and time again we have highlighted how the low rate of employment is no longer an indicator of a strong economy. Only that immigration has collapsed. As have travellers and temporary workers.

The employment data has been the key point of those arguing the economy is strong?

Yet, this focus by many economists has completely masked the underlying reality of workers beginning to struggle to make ends meet for their families. Due to extreme energy and food prices. Misses the point that consumer behaviour risks falling off a cliff, in the not too distant future. That will be a 'already in recession’ moment.

The Westpac Melbourne Institute Leading Economic Index has been negative for 5 of the past 7 months, and steadily entrenching a contraction outlook for the past four months. Where is the strong economy indicator anywhere but in the highly mis-guided focus on employment?

Employment is no longer a valid indicator of economic activity or outlook. Economists need to learn and adjust.

Inflation, wages, and watch for consumer sentiment to turn south too. These are the factors designing our future economic outlook. Whether we like it or not.

Economic catastrophe likely for US and Europe?

We need to get back on our toes’ as we approach volatile levels in currencies. Individual central banks, governments, and some form of joint statement suggesting currencies need to stabilise is approaching.