The Australian Dollar surged on Monday against the US Dollar until it reached the resistance of the weekly R1 at the 0.7480 mark. Meanwhile, it had passed the monthly resistance level, which provided the currency exchange rate with support in the second half of the day at the 0.7470 level.

Regarding the near term future, a trader needs to watch whether the weekly R1 is broken or not. If it gets passed, the weekly R2 and a resistance line of a medium scale ascending pattern will be aimed at. Namely, the 0.7530 level will be targeted next.

However, the surge already looked overextended by the middle of Monday. 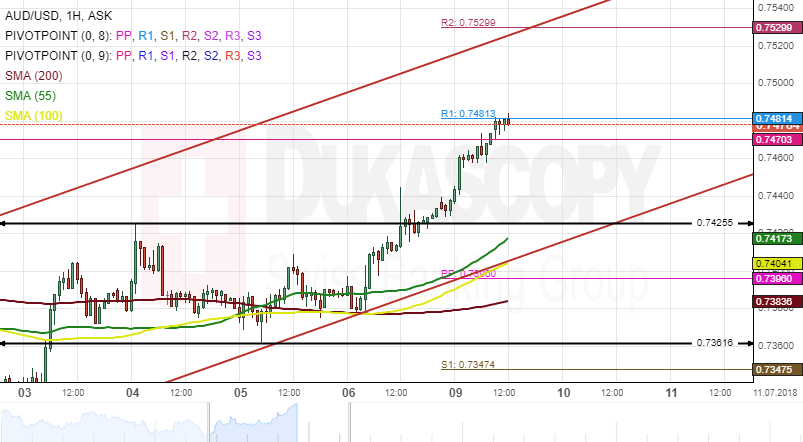