Yesterday’s signals were not triggered as none of the key levels were reached during that time.

Trades may only be taken from 8am New York time Thursday until 5pm Tokyo time Friday.

I wrote yesterday that the price was currently trapped between 0.7065 and 0.7050. There was a lot of support below above 0.7000 but there was selling too at higher levels, so the next move was hard to predict. The sign for bulls to become more confident was a solid break above that bearish trend line currently sitting at about 0.7080.

I was right that the next move was hard to predict insofar as the action has been choppy, but wrong about the price being bound to get significantly higher above 0.7080.

The bearish trend line above the price has been invalidated. The U.S. Dollar is being bought and is advancing everywhere, including against the Australian Dollar. At the time of writing though, all the support levels between 0.7025 and 0.7050 have continued to hold. There is a strong battle here between bulls and bears. I think it might take several days but it seems the bulls will ultimately win – I just don’t see the price being forced below these levels – but that does not mean it is a good time to buy yet, so it is probably best to stand aside. 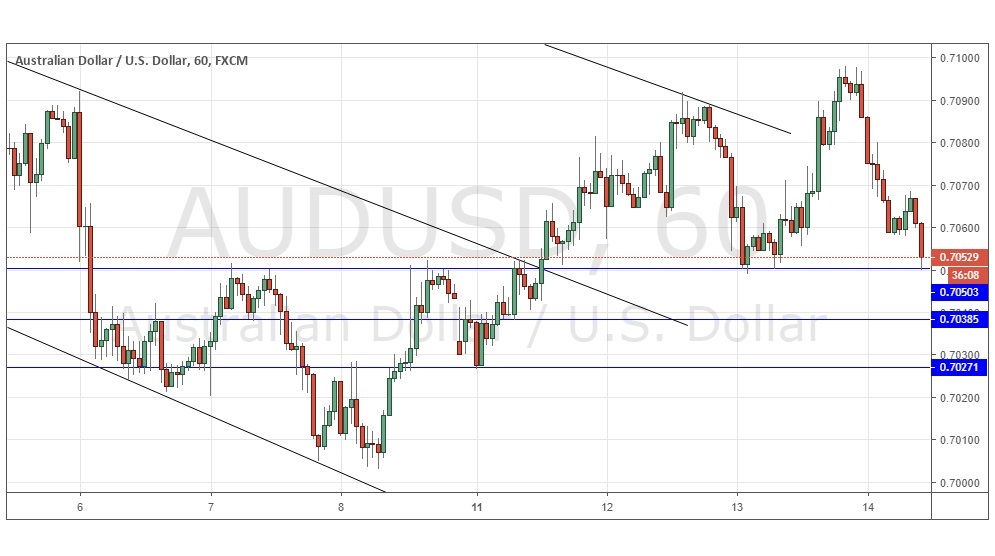 There is nothing of high importance due today concerning the AUD or the USD.