Yesterday’s signals were not triggered as the bullish price action took place just below the support level at 0.7065.

Trades must be entered between 8am New York time Wednesday until 5pm Tokyo time Thursday.

I wrote yesterday that the most likely scenario was one of higher prices, but the bullish move may be running out of momentum at 0.7080. I also did not see a lot of potential downside because we had such congested support levels (four of them) between 0.7025 and 0.7065.

This was a relatively good call as although the price initially rose higher, it fell as the move ran out of momentum, but most of the supportive area held with a short-term floor at 0.7050.

The picture now is difficult for traders – although the new higher bearish trend line is significant as we have a symmetrical double channel which is shown in the price chart below which is technically significant. The price is currently trapped between 0.7065 and 0.7050. There is a lot of support below above 0.7000 but there is selling too at higher levels, so the next move is hard to predict. I think it will take a while, but the price is bound to eventually rise from here. The sign for bulls to become more confident will be a solid break above that bearish trend line currently sitting at about 0.7080. 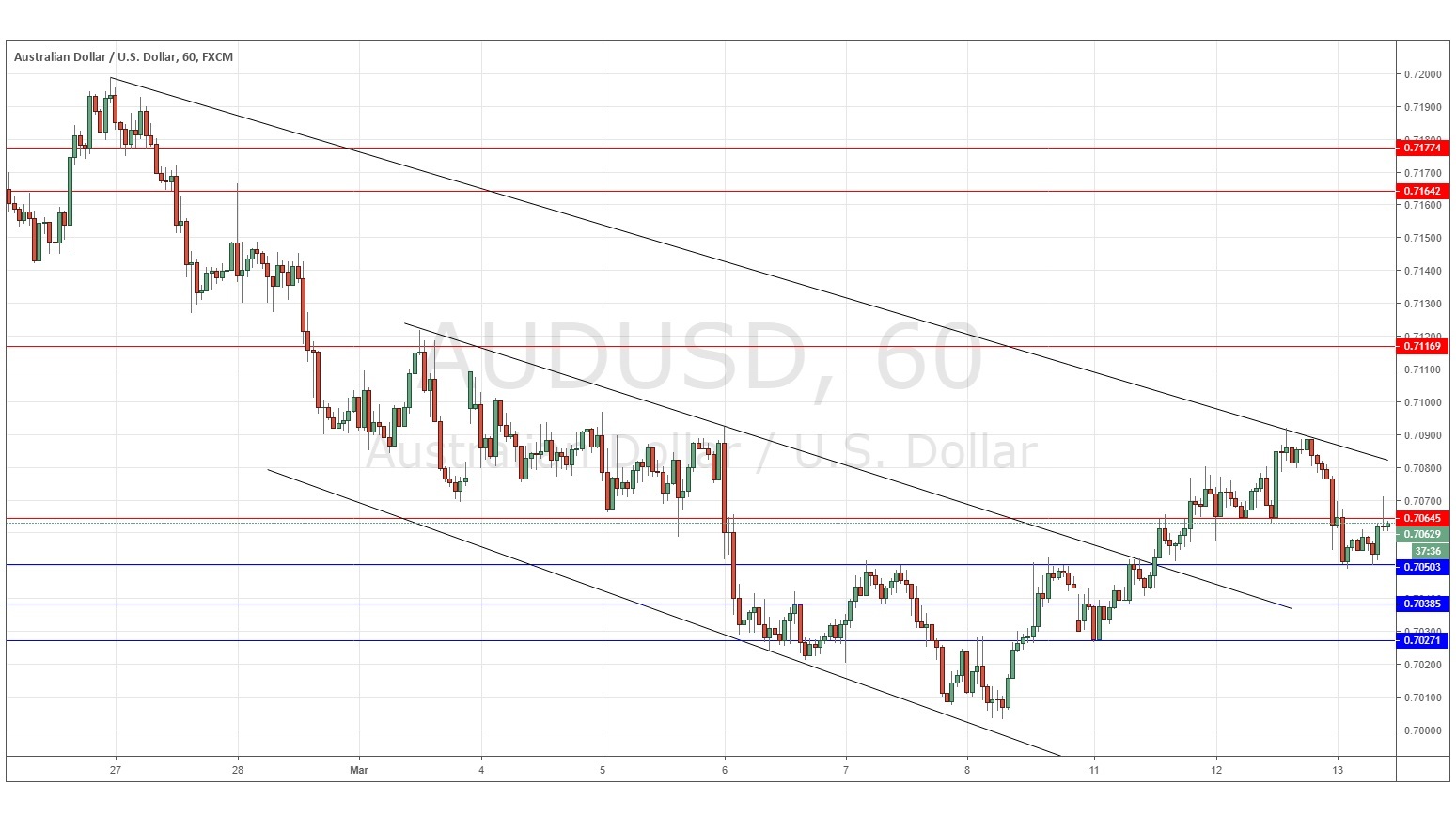 There is nothing of high importance due today concerning the AUD. Regarding the USD, there will be releases of Core Durable Goods Orders and PPI data at 12:30pm London time.