Yesterday’s signals were not triggered, as there was no bearish price action at either 0.7054 or 0.7066.

Trades may only be taken from 8am New York time Tuesday until 5pm Tokyo time Wednesday.

I wrote yesterday that the situation seemed to be more bearish, as we had the price touching and rejecting to the pip the long-term bearish trend line. However, we had support very close by at 0.7039 although this level did not look particularly reliable. I thought that in the unlikely event that the price could get established above 0.7066 later, then that would be a very bullish sign.

I think this was a good call although I was surprised by the fact that the price has moved up firmly albeit slowly. The most likely scenario is one of higher prices later today, but the bullish move may be running out of momentum at 0.7080. Much is likely to depend upon the U.S. inflation data release due later today. I think there is more upside than downside potential, but I note that the NZD looks stronger than the AUD, so it may be better to try to capture further bullish movement in NZD/USD instead of trying to do it here.

I wrote last week that we may see a long-term bullish reversal close to 0.7000 and this turns out to have been the case, probably. I do not see a lot of potential downside because we see such congested support levels (four of them) between 0.7025 and 0.7065. 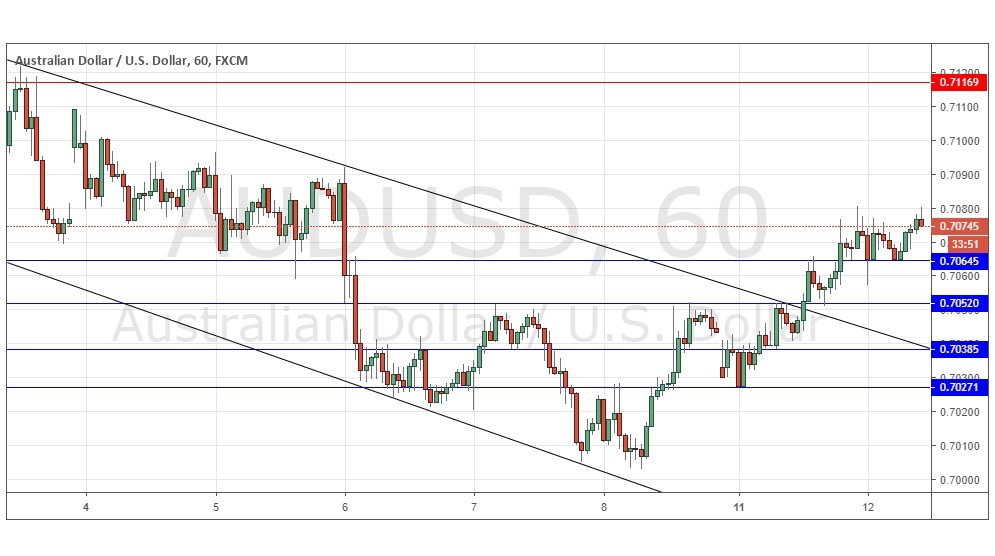 There is nothing of high importance due today concerning the AUD. Regarding the USD, there will be a release of CPI data at 1:30pm London time.