Yesterday’s signals produced a losing short trade entry from 0.7039 following the bearish doji candlestick rejection of that level on the hourly chart.

Trades may only be entered from 8am New York time Thursday until 5pm Tokyo time Friday.

I wrote yesterday I thought the price was likely to fall further if it could not quickly get established above 0.7039 at least. However, if there was a fast move down to 0.6985 and a strong bullish rejection which sees the price recover quickly to settle above 0.7000, there might be scope there for a high reward to risk but improbable strategic long-term long trade entry.

I was partially correct, as the price initially made a failed attempt to break above 0.7039 before turning bearish again and making new lows, but the price then rose to recover and now seems to have flipped 0.7039 to become new support, although this is not a level I would like to rely upon yet.

The Australian Dollar is very weak right now but the area between here and 0.6985 is an area of strong long-term support, so we are likely to see a hard struggle here over the short-term between bulls and bears, which will probably make this currency pair difficult to trade. 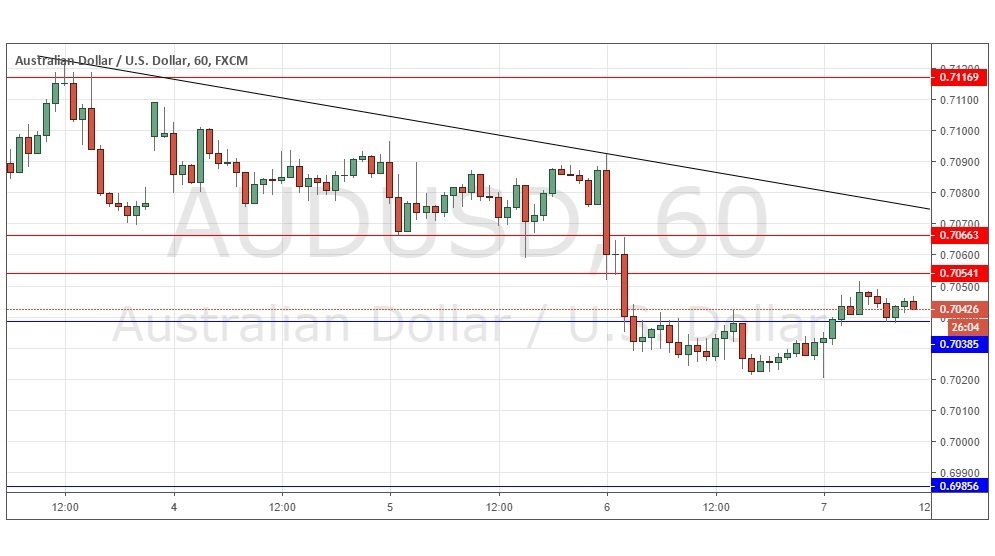 There is nothing of high importance due today concerning either the AUD or the USD.