Yesterday’s signals were not triggered, as there was no bearish price action at either 0.7118 or 0.7133.

Trades can be taken until 5pm Tokyo time Thursday.

I wrote yesterday that we were seeing an extremely evenly balanced picture between the bulls and bears with no real trend. I thought that overall, this pair was clearly best avoided today, although it may be possible to fade a sudden spike to 0.7085 as I saw the most likely strong movement as downwards. This call was completely wrong, with the price rising sharply and strongly as the New York session got underway, with the rise eventually stalling at the resistance level of 0.7175, from where it is now making a bearish retracement.

The situation is more bullish now. If the price can get established above 0.7175 and trade there for a couple of hours, it would be a very bullish sign, as there is plenty of room for the price to rise above that. This scenario is unlikely to happen before the FOMC release later but if it does, I would take a bullish bias. 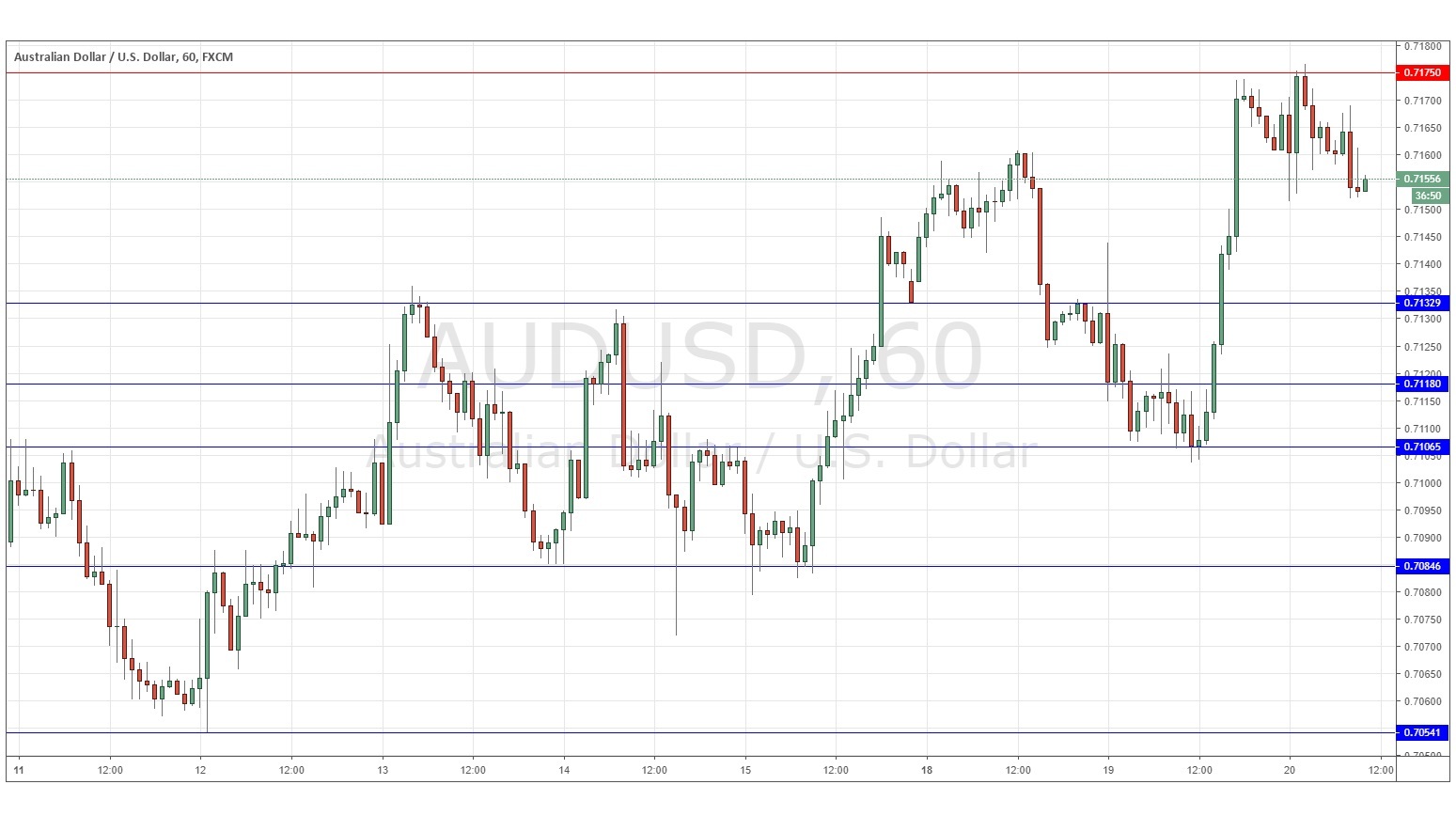