Yesterday’s signals were not triggered, as there was no bullish price action at 0.7175.

Trades must be taken from 8am New York time up to 5pm Tokyo time today.

I wrote yesterday that I would be more comfortable with taking long trades than short trades today, but I was not clear about likely direction, despite the seeming short-term bullish trend. This happened to be a good call, as the speech by the Governor of the RBA overnight (particularly his comments on being prepared to cut interest rates) had the effect of sending the AUD and the price of this pair down quite strongly, breaking cleanly below the former support level at 0.7175 which is probably now new resistance.

I have no directional bias and the only useful thing I can say is that it looks as though the price may flatten out at the nearby support of 0.7116. 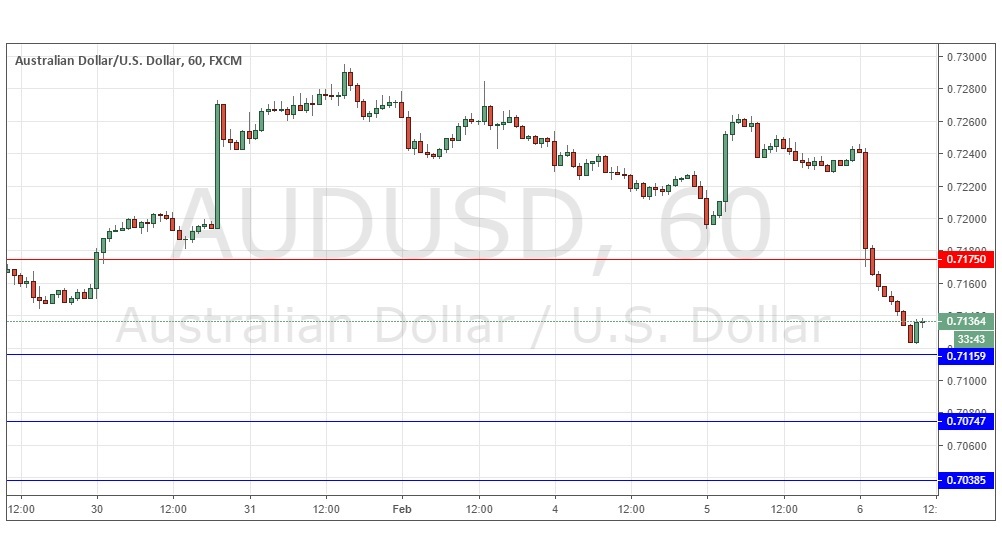 There is nothing of high importance due today regarding the AUD. Regarding the USD, the Chair of the Federal Reserve will be making a minor speech at Midnight London time.