Trades must be taken between 8am New York time and 5pm Tokyo time today only.

I wrote last Thursday that it was significant that the dovish impact of the FOMC release yesterday produced the strongest relative falls in the value of the USD against the AUD and the NZD. This was a bullish sign and I thought it looked likely that we would see still higher prices, but I was doubtful that it would carry much further. This was a good fall as the price rose by another 25 pips or so before selling off. The USD has continued to recover, and we have seen a higher support level invalidated here as the price grinds down. Bears have a very slight edge, but it seems as if the price is beginning to consolidate. I have no directional bias and it is quite likely little will happen here until the key AUD release due later, during the Asian session, which might push the price anywhere. The only likely opportunity I see here would be a spike down to the support at 0.7175 following a bad release, which should produce a quick bullish bounce, so that would probably just be a scalp. 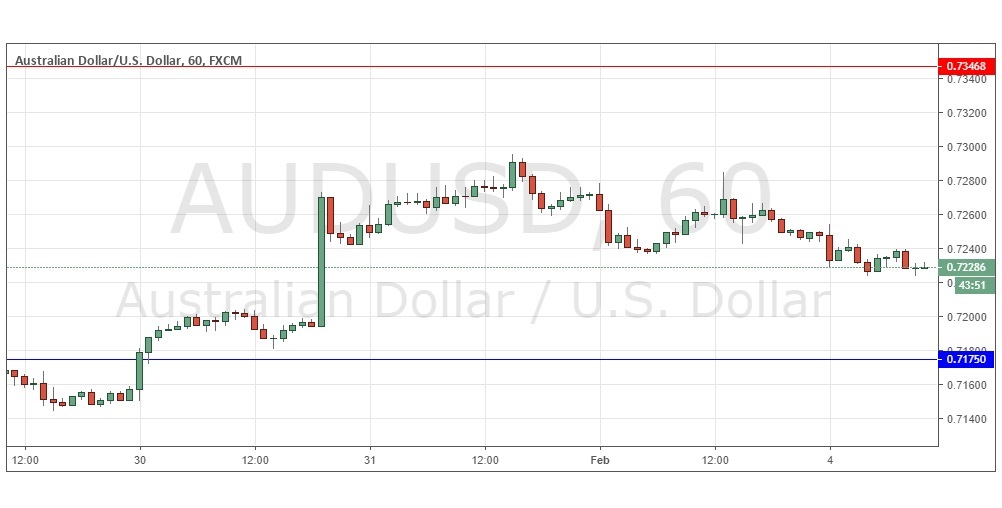 There is no long-term trend here.There is nothing of high importance due today regarding the USD. Concerning the AUD, there will be a release of Retail Sales data at 12:30am London time followed by the RBA Rate Statement at 3:30am.