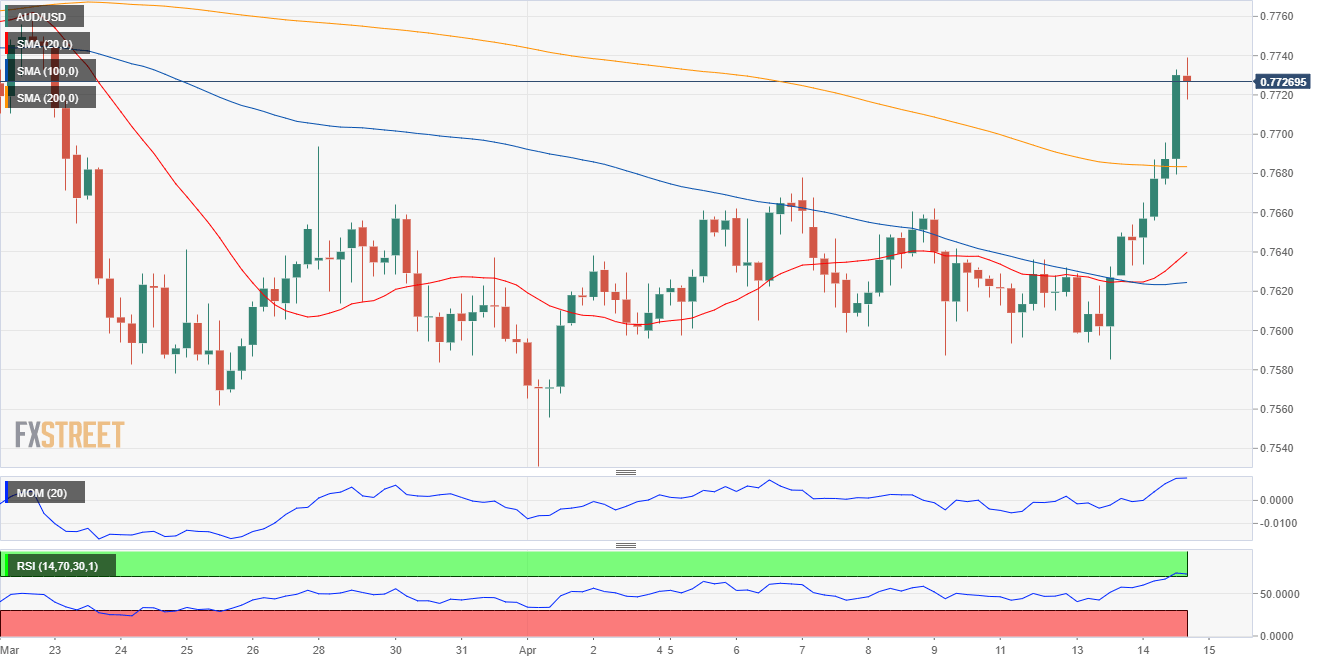 Commodity-linked currencies outperformed their European rivals against the greenback, with AUD/USD rallying to 0.7737, a fresh April high. Crude oil prices were the initial trigger, as WTI jumped to above $ 63.00 a barrel following an encouraging EIA report, which showed a third straight week of crude draw. The headline spurred risk appetite, sending US indexes to unexplored territory.

Australian data was supportive of the local currency as April Westpac Consumer Confidence printed at 6.2%, up from 2.6% in the previous month. This Thursday, the country will publish April Consumer Inflation Expectations, previously at 4.1%, and March employment figures. The country is expected to have added 35K new jobs in the month, while the unemployment rate is seen down to 5.7%.

The AUD/USD pair holds on to gains trading near the mentioned high, facing the next resistance at 0.7770. Once above the level, the path opens for a steeper advance. The 4-hour chart shows that the pair has sharply advanced beyond its 200 SMA for the first time in almost a month, while the 20 SMA slowly gains bullish traction well below the longer one. Technical indicators eased just modestly from intraday highs, holding near overbought readings, a sign of prevalent buying interest.