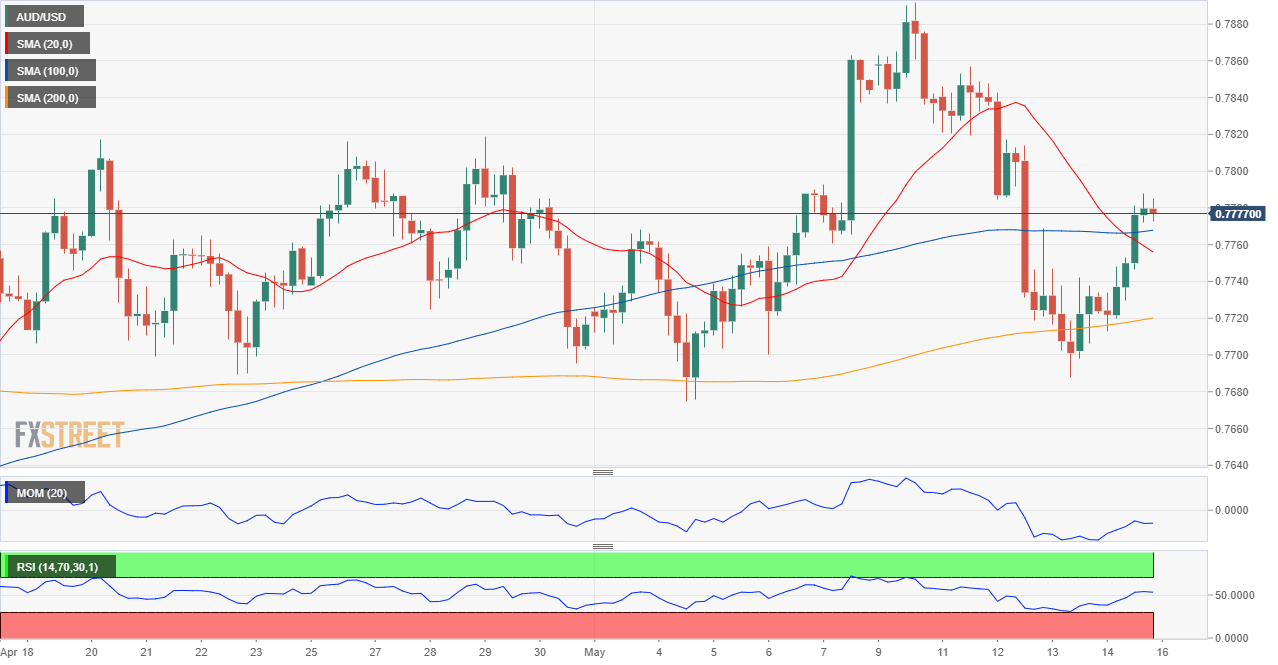 The AUD/USD pair recovered some ground on Friday but fell short of trimming weekly losses, settling in the 0.7770 price zone. The aussie benefited from the better market mood that sent equities and gold prices higher. The bright metal surged to $ 1,845.88 a troy ounce, its highest since February, ending the week at 1,843.

Australia did not publish relevant macroeconomic data at the end of the week, and its calendar will remain empty until Tuesday when the RBA will publish the Minutes of its latest meeting. On Monday, the focus will be on China, as the country will release April Retail Sales and Industrial Production, expected to have advanced at a slower pace than in March.

The AUD/USD pair is neutral-to-bullish according to the daily chart, as buyers still defend the 0.7700 region. The daily chart shows that technical indicators hover within neutral levels, with the Momentum lacking directional strength. A mildly bullish 100 SMA provides support, while the pair settled above a flat 20 SMA. In the 4-hour chart, the pair develops above all of its moving averages, although the 20 SMA maintains its bearish slope. Technical indicators head nowhere, with the RSI at around 54 and the Momentum below its midline. Bulls may have better chances if the pair breaks above 0.7820.