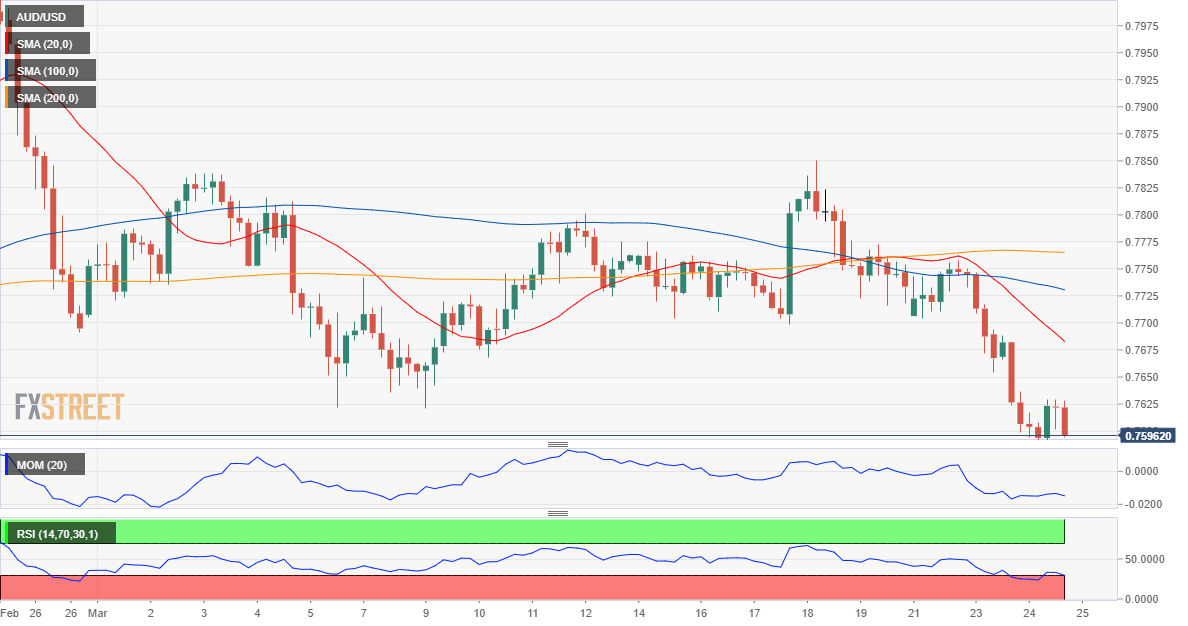 The AUD/USD pair ends the day with modest losses around 0.7600 but put an intraday low of 0.7582, its lowest in over a month. Australian data released at the beginning of the day was encouraging, as the preliminary estimate of the March Commonwealth Bank Manufacturing PMI printed at 57, above the 56.9 expected, while the services index came in at 56.2, better than the 53.8 forecast.

The Reserve Bank of Australia Deputy Governor Guy Debelle was on the wires but repeated the central bank´s well-known stance that the central bank would not be raising the cash rate until inflation recovers to the 2-3% range. He added that they won’t expect it to happen until 2024. The Australian macroeconomic calendar will remain empty this Thursday.

The AUD/USD is bearish in the near-term, poised to extend its decline. The 4-hour chart shows that technical indicators resumed their declines, the Momentum within negative levels and the RSI currently at 27. The 20 SMA heads firmly lower well above the current level and below the larger ones, indicating increased selling interest.