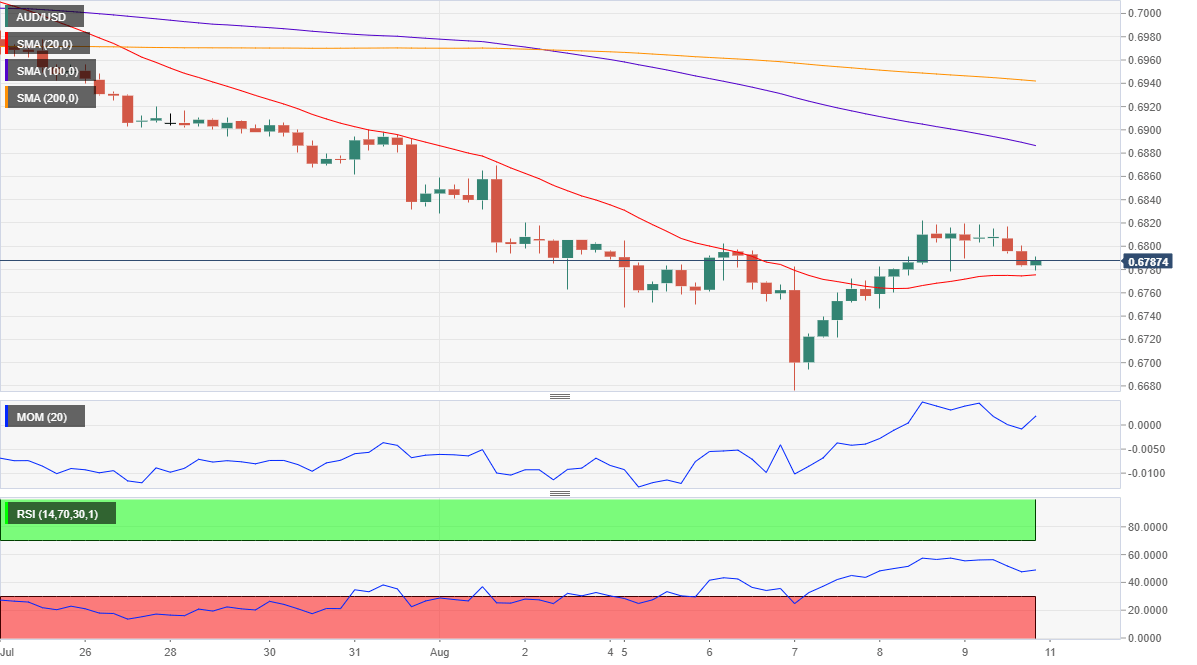 The AUD/USD pair closed Friday with losses at 0.6785 unable to extend gains beyond the 0.6800 figure. Weekly basis, however, the pair ended it unchanged trimming early losses that sent it to a fresh multi-year low of 0.6676. RBA’s Governor Lowe testified before the House of Representatives’ Standing Committee on Economics and said that the Aussie’s depreciation bodes well for the economy, but also reiterated that further rate cuts are on the table, mainly if other central banks continue in the easing path. He added that Australian policymakers are studying other unconventional stimulus measures such as bond buying, while also highlighted the risks related to the US-China trade war. The commodity-linked currency eased with his dovish words, later weighed by US President Trump comments on China, indicating that they are far from a deal. The Australian macroeconomic calendar will remain empty at the beginning of the week.

The daily chart for the AUD/USD pair suggests that the recovery from the mentioned multi-year low was corrective and that such correction could be complete, as the recovery stalled well below all bearish moving averages, while technical indicators barely corrected extreme oversold conditions before resuming their declines. In the 4 hours chart, technical indicators head lower, the Momentum holding above its mid-line and retreating from overbought levels and the RSI already within negative levels. The pair holds above a directionless 20 SMA, which provides an immediate support at 0.6775, with a break below it favoring a continued decline in the upcoming sessions.