Here we go again! Ever since the Democrats were able to win the Georgia run-off elections and gain control of the House, Senate, and White House, stories and rumors have been flying around that another round of stimulus is being planned to be rolled out.

The first on the scene with some predictions were none other than Goldman Sachs. Last week, the investment bank sparked a buying frenzy in the market (which included the USD and stocks), while a big sell off in treasuries. Why? The bank had expressed that it expects the Biden administration would unveil a “modest” $750 billion fiscal stimulus plan.

This plan included around $300 billion in stimulus checks to the American people. This means that each american would be getting around $785 as a stimulus check in the mail. This is expected to happen in mid-February to mid-March when the Biden Administration is in full control of the White House. 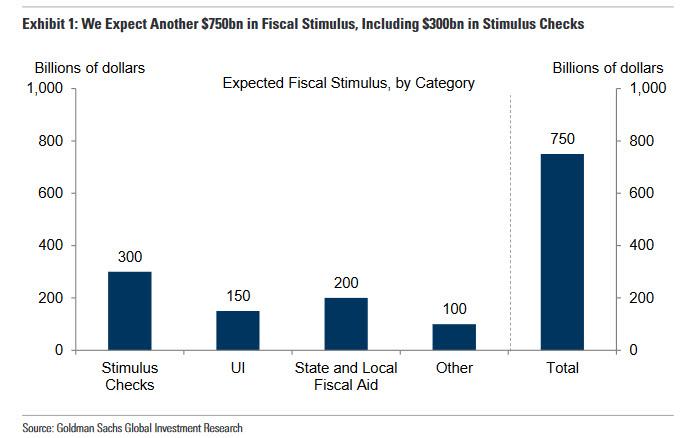 That didn’t stop there as bank after investment bank tried to upstage Goldman and began to throw around higher stimulus estimates reaching as high as $1 trillion. The markets were so engrossed with what was happening in the banks that it missed an actual announcement from the incoming Senate majority leader, Chuck Schmer.

It would seem that Schumer has been pressing the President-Elect Joe Biden for more than $1.3 trillion in spending for his initial, meaning that we can expect more than one round of COVID-19 relief packages.

This report came from Bloomberg which said “the two have discussed Biden’s plans ahead of the president-elect’s announcement on his economic-rebuilding proposals... Biden is set to speak at 7:15 p.m. Thursday to outline “his vaccination and economic rescue legislative package,” his transition team said in a statement.”

Now while the markets might have ignored the Schumer report, they sure as hell noticed the CNN report. Traders had to do a double take because it seemed that Schumer ‘pressed’ Biden so hard, that he actually squished the old man, to expand the next stimulus package.

CNN reported that “[Biden] is expected to unveil a major Covid-19 relief package on Thursday and his advisers have recently told allies in Congress to expect a price tag in the ballpark of $2 trillion.” From the looks of it, the Biden administration is taking a ‘Shoot for the Moon’ approach with the package.

This proposal was just shy of the Democrats' demand late last year when they sought a $2.2 trillion stimulus, only to agree on a $900 billion enacted last December, when each American family got around $600 as the memes around this exploded.

Effect on the Market

It wasn't immediately clear just how big the stimulus checks would be, but it is safe to say they will be at least $2,000 and perhaps much more. This is of course great news for stocks, since most of this money will quickly find its way into Robinhood accounts. However, this is very bad news for bond yields as $2 trillion is a number which just might spark the runaway inflation the FED has been dreaming of all these years.

FED officials were quick to react to this as Clarida, Brainard, and countless other FED members tried to talk back expectations, which sent yields sharply lower, however the 10-year Yield soared almost 5 basis points within minutes from 1.07% to 1.12%. 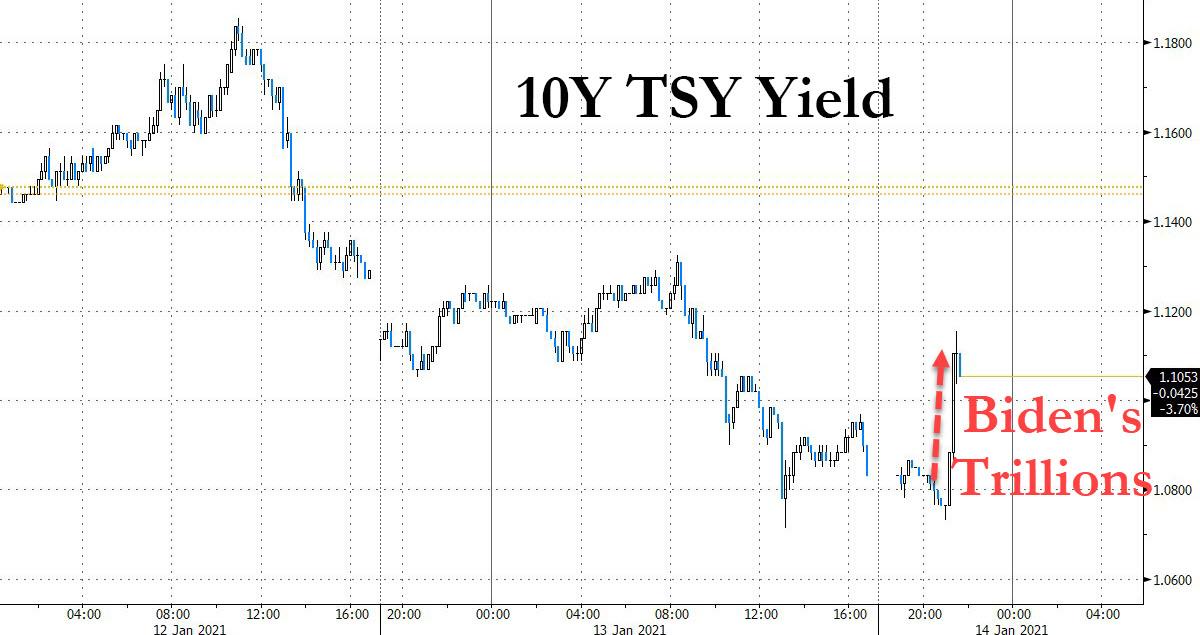 The yield spike unleashed a major spike in the dollar… 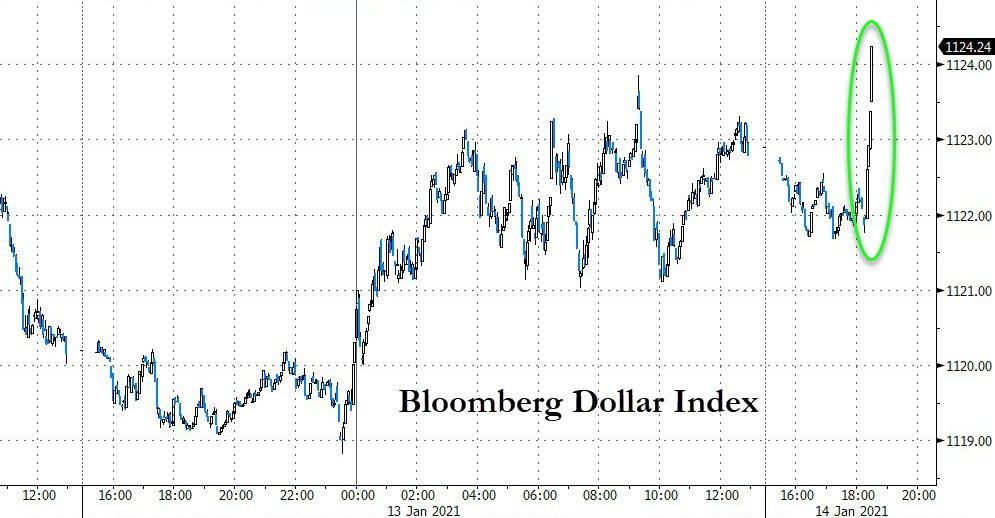 … which in turn drove Gold that much lower because of the rise in real rates. However, if you take a minute to think about it, it doesn't make any sense since the U.S. deficit is about to reach a new level of absurdity. 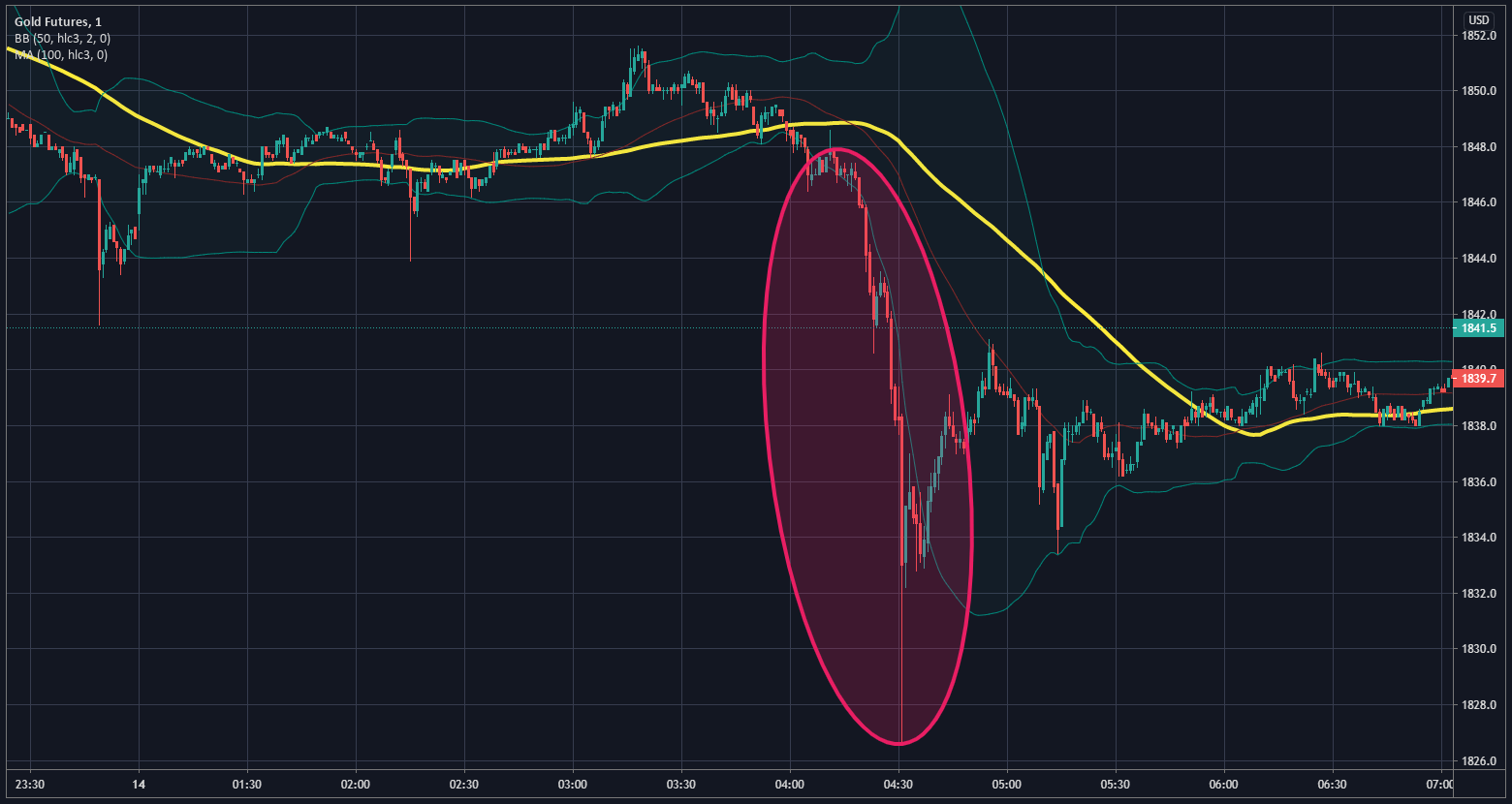 Stocks on the other hand enjoyed the fact that it is going to have more money pumped into it. 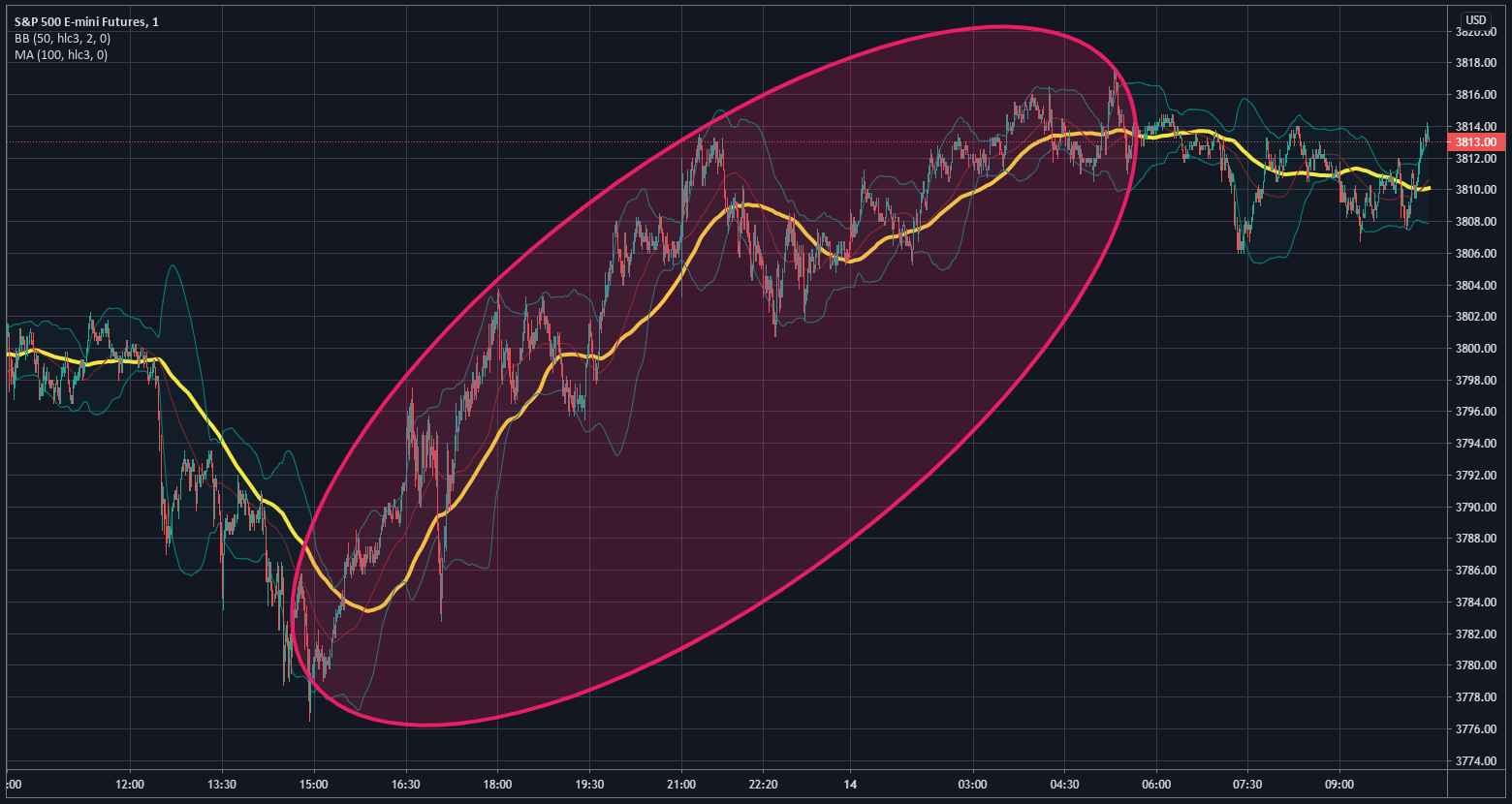 President-Elect Biden is expected to announce all the details of this plan on Thursday evening (GMT-5). There are reports that are saying that the number might be even higher, so traders watch out for big swings in the markets.