Amongst all the talk around Silver's (XAGUSD) recent rally, Gold (XAUUSD) has been quietly setting up to explode higher.

The DXY still remains in an overall Bear Market despite the near term correction to the upside. A reasonably clear 5 wave count from the previous leg down marks the 91.01 as a key resistance level in the DXY since this represents the end of the previous wave 4 of one lesser degree. This is a common turning point in both Bullish and Bearish trends raising the odds of a reversal lower in the DXY in the near term. In the previous FOMC meeting the Federal Reserve committed to "using its full range of tools to support the US economy" meaning a further decline in the DXY has the wind of the Federal Reserve in its sails. 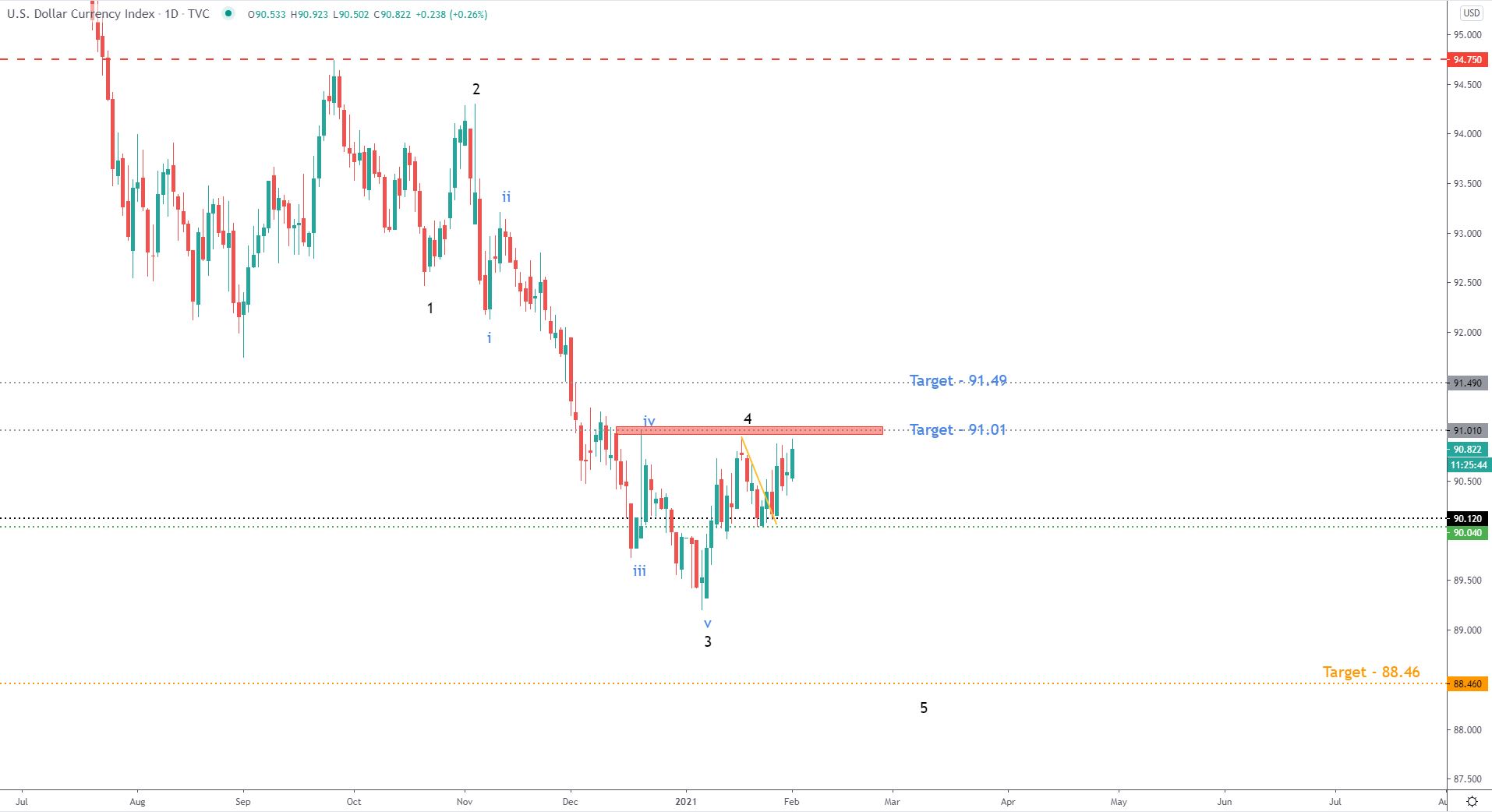 Gold is currently trying break out of an established Inverse Head & Shoulders Pattern which sits in the right shoulder of a much larger Inverse Head & Shoulders Pattern meaning a significant break above the smaller patterns confirmation point of 1875 could set in motion a cascade of momentum, driving price towards the larger breakout level of 1960. A confirmed break above this level projects $2150 to $2200. 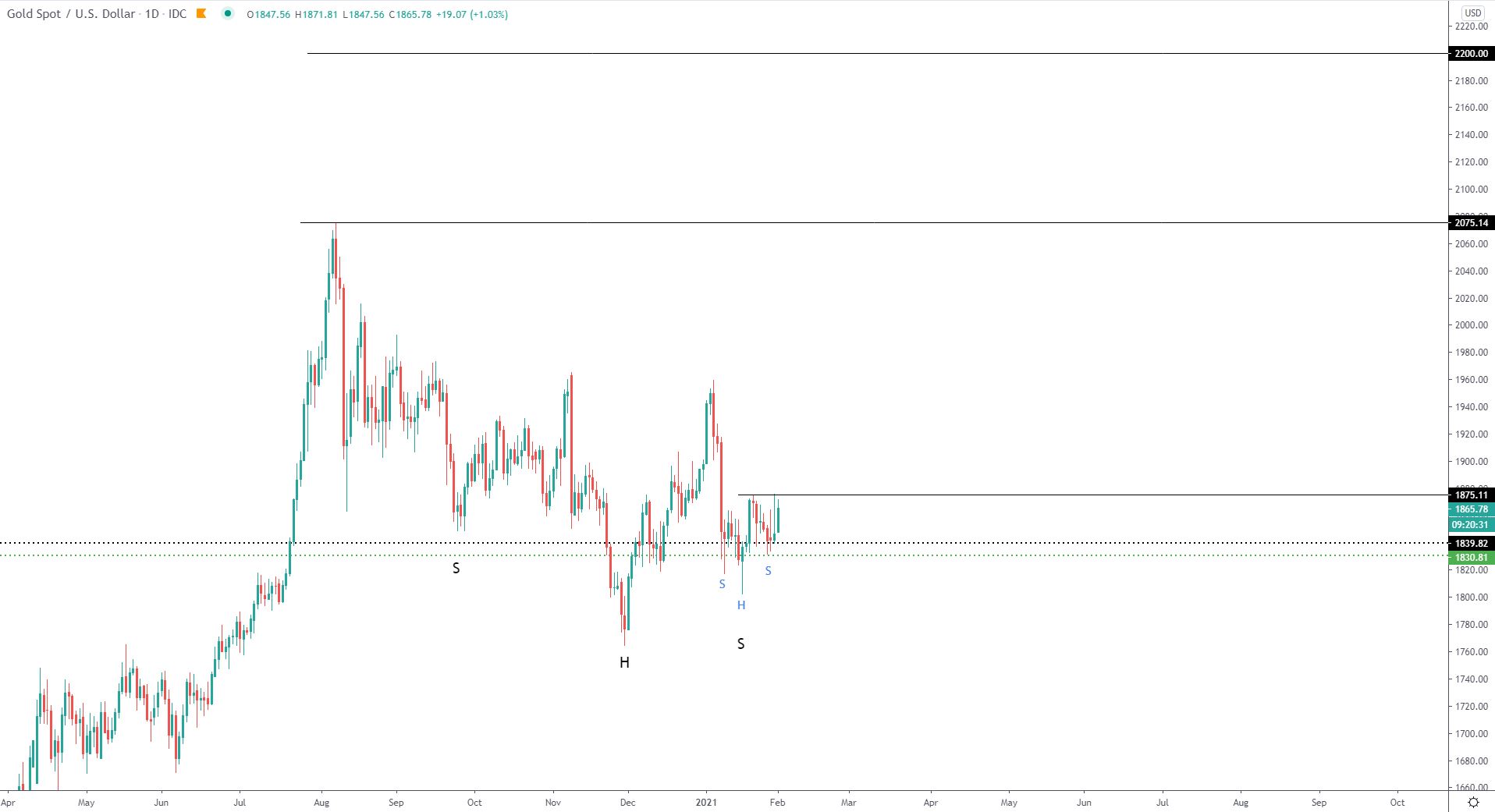 It is worth noting that Gold (XAUUSD) has yet to break, with any significance, above the 1875 confirmation level of the small Inverse Head & Shoulders Pattern. Whether it breaks higher after the recent probe into this level, or whether it continues to correct in the near term, either way this market and some of the key drivers behind it are aligning to threaten a major Bullish breakout in the near future.

As always there are no guarantees in the markets, but this asset is shaping up as one to keep a very close eye on.

CFDs & FX are leveraged products that incur a high level of risk and can result in the loss of all your capital and may therefore not be suitable for all investors. You should not risk more than you are prepared to lose and before deciding to trade, please ensure you understand the risks involved, take the level of your experience into consideration and seek independent advice if necessary. By using information here, or elsewhere, provided by Get Me Trading, all persons agree not to hold Get Me Trading, or any agents of Get Me Trading, liable for their own trading performance or the performance of others.