A price of a barrel of oil has rallied in the open of the week while markets price in OPEC risk against a poor economic backdrop and rising supply side issues.

The OPEC+ alliance is due to meet on 5 October to review its production agreement and there is talk of a 1m barrel cut to output per day. The group has already signaled that it is willing to intervene to support prices. ''This comes as oil prices come under pressure amid concerns of weaker demand,'' analysts at ANZ Bank explained.

''We suspect it will be moved to counteract the excessive bearishness in the market by announcing a cut to production. Anything less than 500kb/d would be shrugged off by the market. Therefore, we see a significant chance of a cut as large as 1mb/d.''

Most importantly, however as argued by analysts at TD Securities, ''OECD inventories continue to decline at a fast pace, and the end of US SPR releases this November will exacerbate implications for prices. An OPEC+ likely production cut in the range of 500k-1m bpd at next week's Oct 5th meeting could suggest that, barring a very hard landing, the bottom is in for crude prices.'' 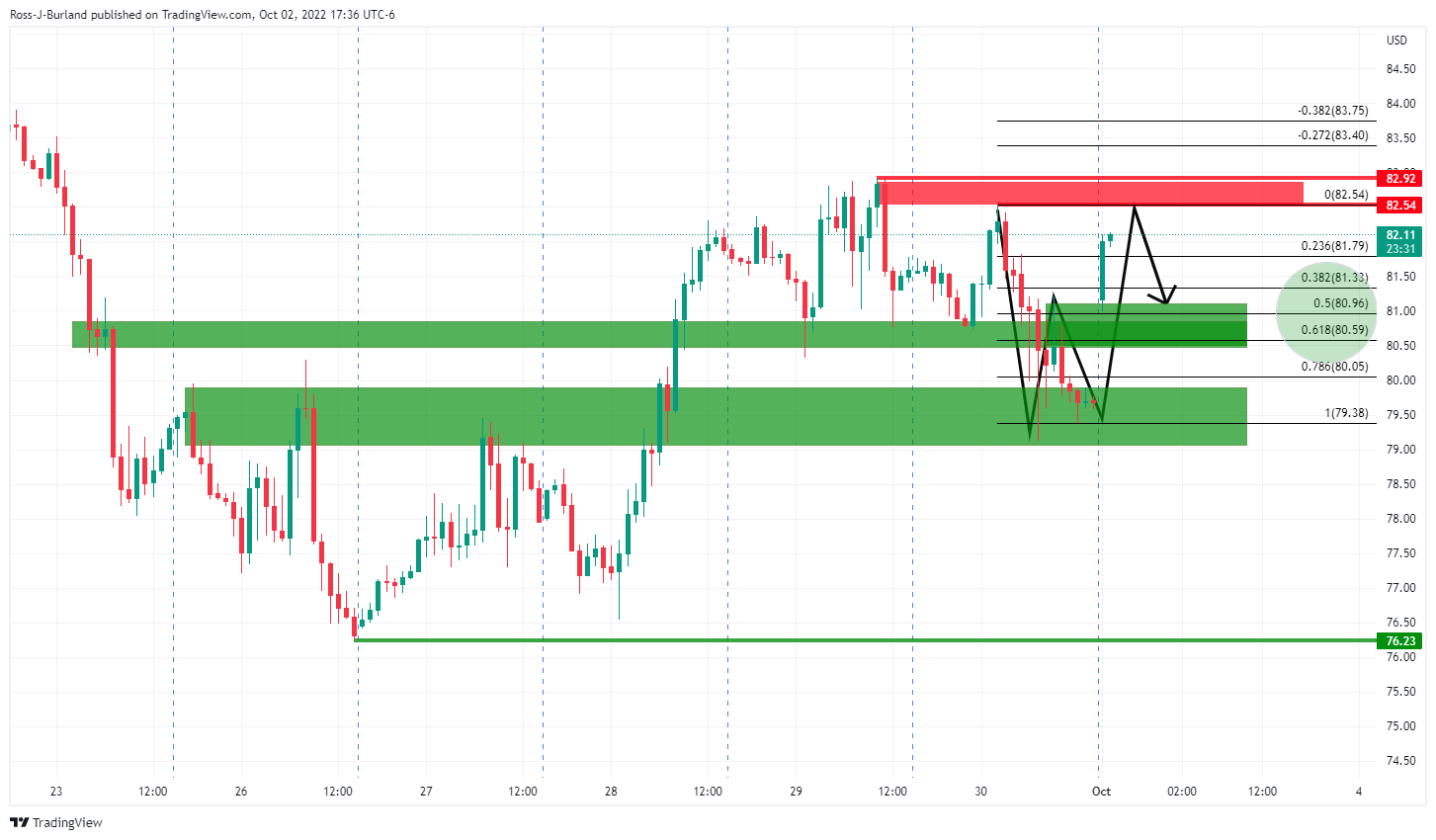 The gap can be considered as a candle that goes to making a W-formation. This is a reversion pattern and speculators may be inclined to look to lower time frames for bearish structure for the day ahead that could be leaned against while seeking a setup to go short while the price remains below resistance: 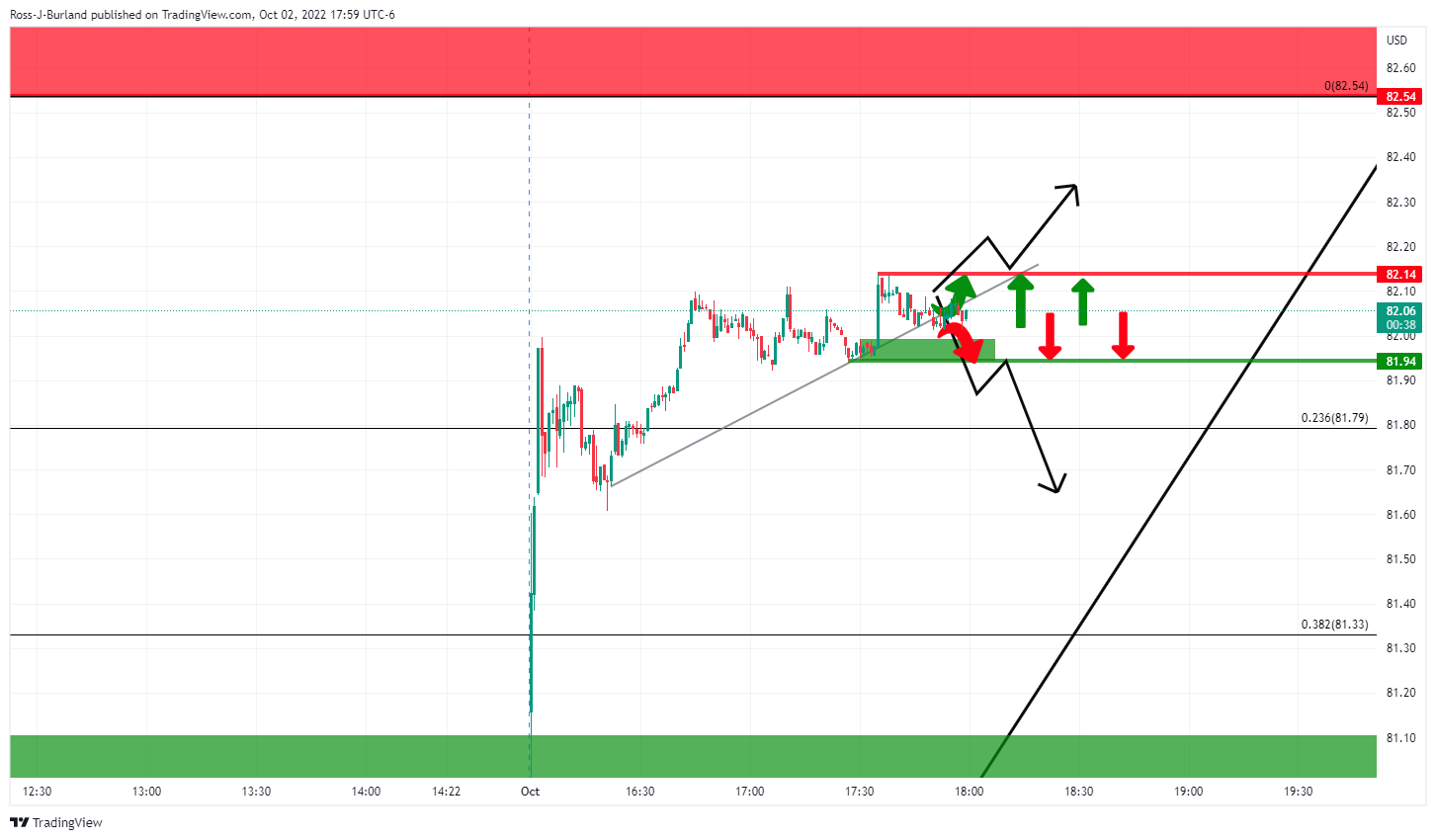 With that being said, if the market doesn't just go sideways in holiday conditions, (China and Australia are out), while the support structure remains intact, as per the 1-min chart above, the bias remains to the upside.

Are global rate markets too complacent about central bank intentions for 2023?

Markets and economists are split between a 25 bps and a 50 bps rate hike (bringing the key rate to 4% or 4.25%) but are eager to hear about the Bank of Canada’s future guidance.