Update: Vinco Ventures continued to make higher highs and lows on the 4-hour chart in Thursday's trade. The price has corrected in a smooth decelerating fashion in a 50% mean reversion. There are now prospects of a bullish continuation for the day ahead. $13.26 is marked up as the -272% Fibonacci retracement o the correction's range for which traders could eye ahead of the -61.8% ratio near $14.25.

Update: Vinco Ventures finished Wednesday up 5.87% at $10.82 per share, retreating from an intraday high of $11.34. Wall Street traded in the green by a brief moment mid-US afternoon, but all major indexes closed in the red. The market's mood remained mixed, turning sour after a failed 30-year bond auction, which sent government bond yields to fresh weekly lows. The Nasdaq Composite shed 38 points, while the DJIA was the worst performer, losing 151 points. 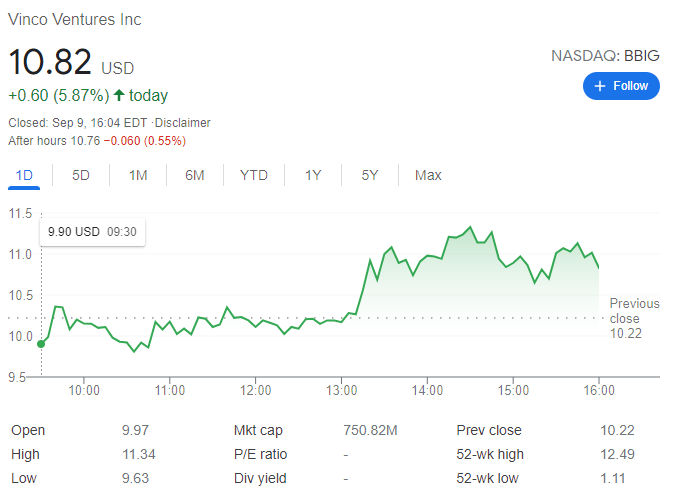 Vinco Ventures stock had yet another volatile day on Wednesday with a strong push higher before eventually settling lower to close at $10.22 for a near 6% gain. The stock had traded as high as $12.49 before some afternoon selling across the meme stock universe likely hit BBIG shares also. The stock continues to dominate the social media space as we can see from the Refinitiv social media heat map below.

Despite results from former king meme GameStop (GME) and some pretty decent news from AMC, BBIG is totally overshadowing them on social media. This is no surprise given the performance of the stock over the last number of sessions. BBIG shares have exploded from just over $2 to a high so far on Wednesday of $12.49. The main driver has been that old WallStreetBets favourite – short interest. Taking a look again at Refinitiv we see the short interest is spiking to over 42%, and the cost to borrow is at the highest level possible, according to Refinitive's Astec scoring system. This has been alluded to by many commentators on social media and mainstream media with Will Meade on Twitter pointing out that Fidelity had no shares available to borrow. 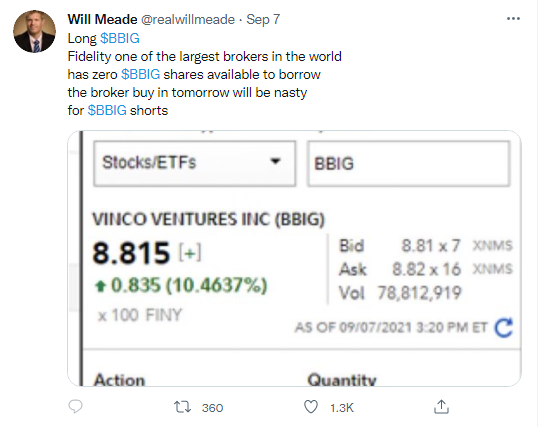 We are not really in the business of forecasting something quite so volatile even compared to other meme stocks. Also, technical analysis is difficult on something so volatile, as the chart is all over the place. What we can see if using a 15-minute chart is the concentration of volume from $10.50 to $11.50. If BBIG gets above $12, volume really thins out and less volume means less resistance. However the same can be said for BBIG falling below $7. Less volume means less support. Option volumes remain significantly elevated with option open interest running at nearly double the 30-day average and total options volume on Wednesday of over half a million shares, also more than double the 30-day average. It is fair to assume that most of this is call buying!

We always like to urge careful risk management and stop loss use, but this is even more important with this type of trading. This is trading, speculating, not investing, so know your risk tolerance and use money you can afford to lose. 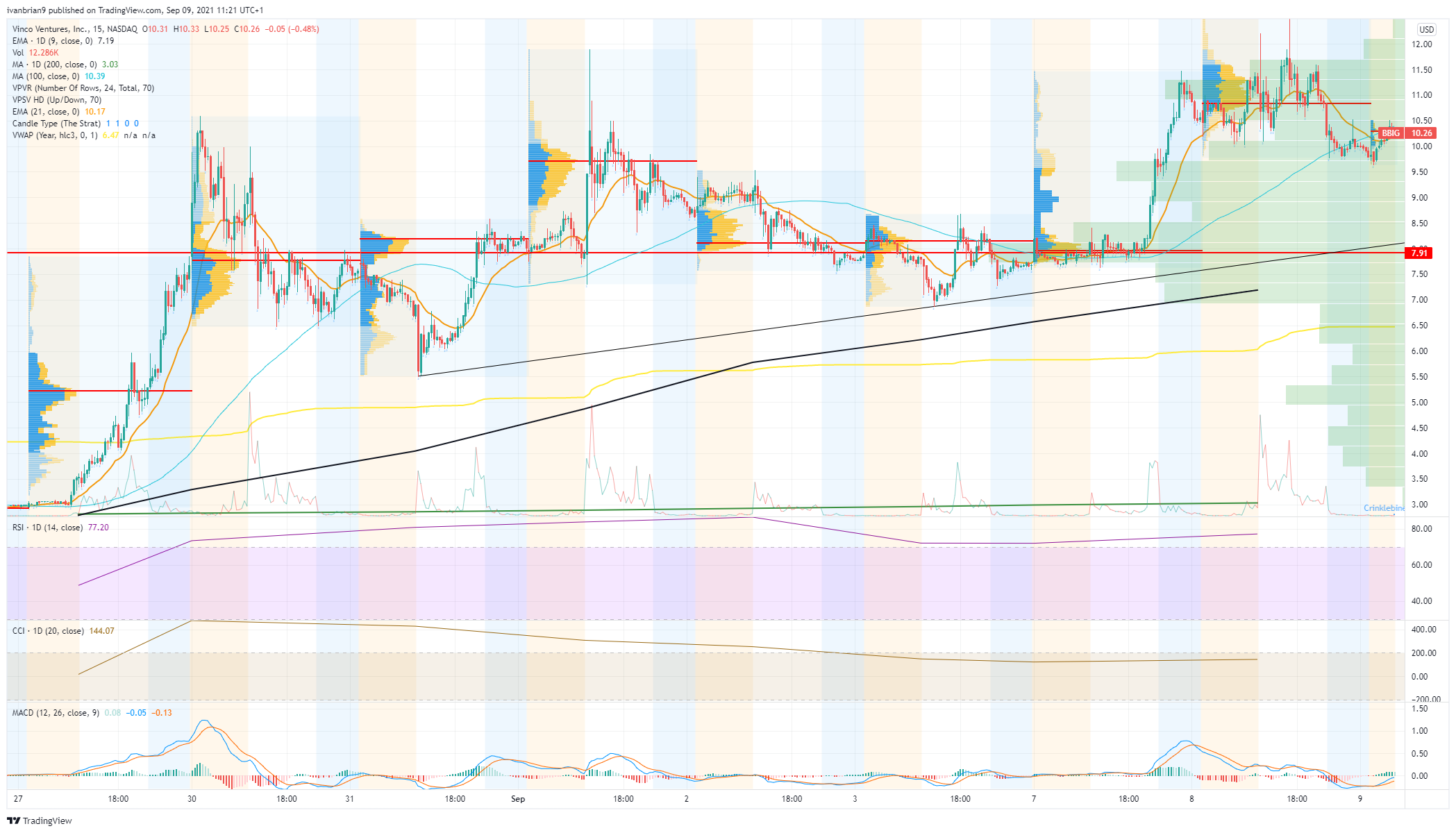