The USD/CAD rebounds from around the 200-day EMA and rallies sharply towards its daily high at 1.2934 due to a risk-off impulse spurred by weak Chinese economic data, alongside lower oil prices. WTI price slid 3.50%, below the $90 per barrel, a tailwind for the USD/CAD.

The USD/CAD is exchanging hands at 1.2896, after opening near its daily lows, reached during the Asian session, at 1.2766, but risk-aversion and broad US dollar strength bolstered the major, extending its gains throughout the day.

Early in the US session, the New York Fed reported its business conditions for August, also known as the NY Fed Empire State index, tumbled to -31.3, worse than estimations as orders and shipments decelerated.

In the meantime, WTI dropped on news of China’s economic slowdown, which reignited recession fears across the globe. Confirmation of the aforementioned is the People’s Bank of China (PBoC) cut its 1-year Medium-Term Lending Facility (MLF) by ten bps to 2.75%. The PBoC reacted to weaker than estimated data, like Industrial Production and Retail Sales, missing forecasts.

In the week, the Canadian economic docket will feature inflation data. While the US calendar will reveal Federal Reserve minutes, US Housing data, Initial Jobless Claims,  the Conference Board Leading index, and Fed speak. 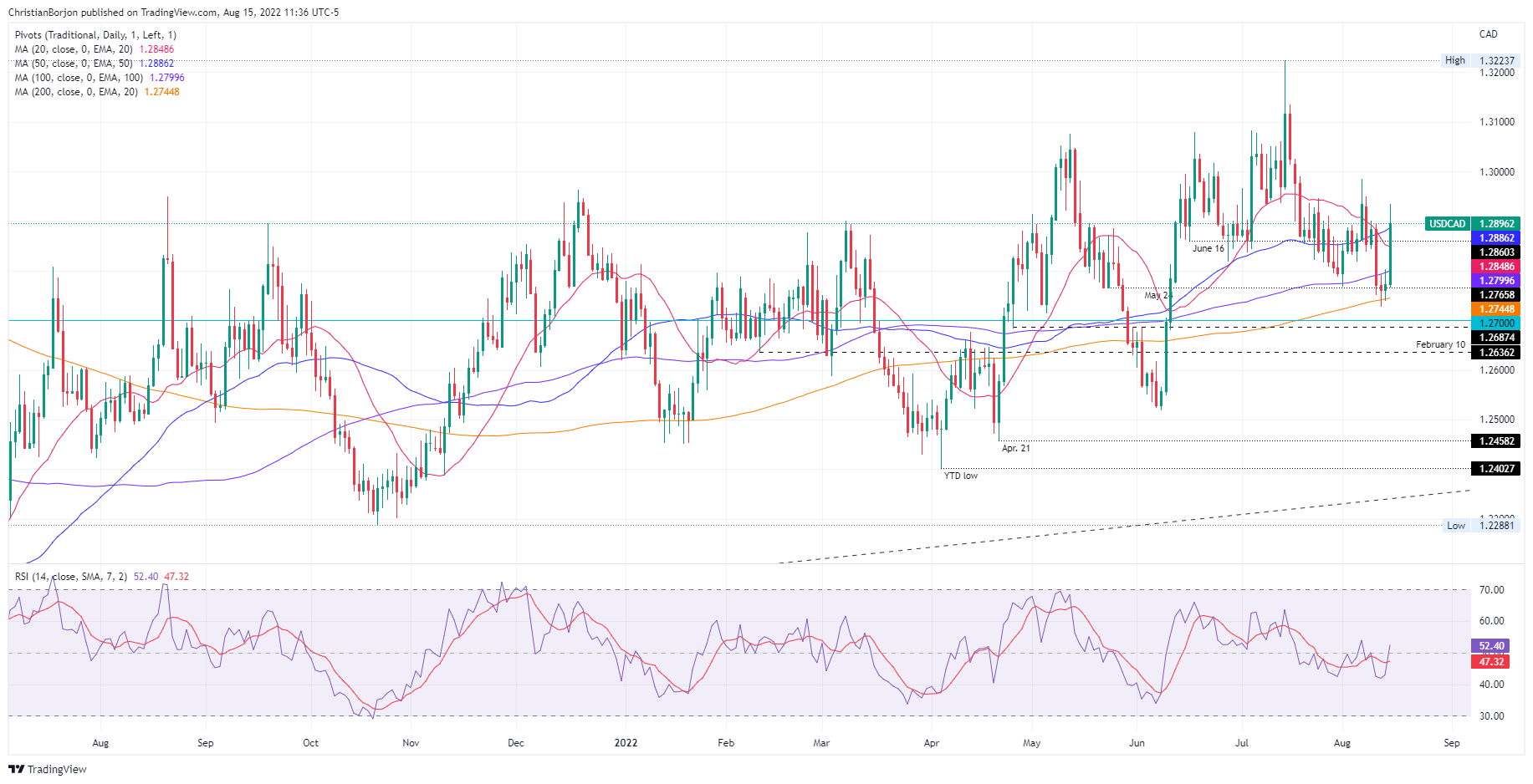