The Canadian dollar has attempted a comeback following a resurgence in the US dollar and key events surrounding the oil market. USD/CAD is currently down 0.155 in Asia at 1.3595. The US dollar index, DXY has dropped from its overnight high of 111.735 that came about following a tear in US yields as markets price out overall optimistic speculation over a Federal Reserve pivot. The yield on the US 10-year note was up a high of to 3.78%. In trade today, DXY is down -0.22%.

US data went some ways in supporting the greenback as it failed to buttress recent hopes the Fed might adopt a less hawkish policy stance. The September ISM services index showed significant resilience in the face of rapid Fed tightening since March.

''At 56.7, the index rose for the 28th consecutive month and is more or less in line with the 20-year long-run average (57.5). In sum, service sector activity is not yet sufficiently below trend to exert strong downward pressure on inflation. Indicators of price pressures are slowing. The prices component was 68.7 vs 71.5 and the supplier deliveries index eased 0.6 to 53.9. Employment rebounded to 53.0 (+2.8) and new exports rose (+3.2 to 65.1), despite the strength in the US,'' analysts at ANZ Bank explained.

Meanwhile, West Texas Intermediate crude was higher by some 1.5% having climbed from a low of $87.52 to a high of $88.41that rallied due to a significant cut to production expected from OPEC+ that meets in Vienna. The cartel looks to buoy oil prices that have dropped by nearly 30% from their July highs.

The worries over a slowing global demand had dragged the price of WTI down 37% from its peak in June," economist Jenny Duan at TD Economics said in a note, " and reports have said the group is considering cutting quotas by as much as two million barrels per day, This is coming at the same time that Russia seeks to handicap a G7 initiative to cap the price paid for the country's oil to hamper its ability to fund its war in Ukraine. Oil prices were also supported after the American Petroleum unexpected drop in US oil inventories of 1.77-million barrels last week, against analyst expectations for a 333,000-barrel rise. The Energy Information Administration will release official inventory figures later on Wednesday morning.

USD/CAD's breakout is flaking away following a move lower in the greenback again as the following technical analysis shows: 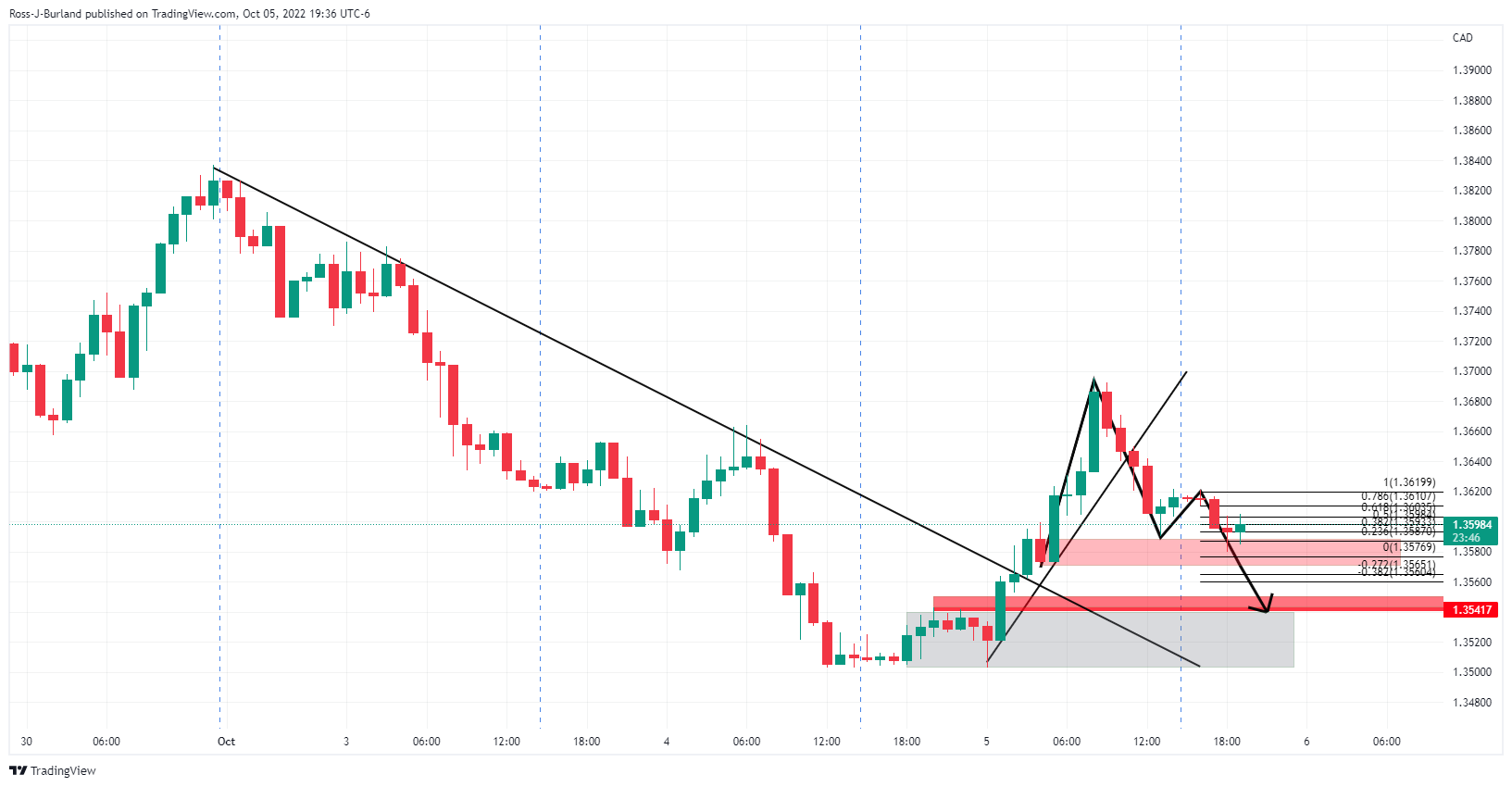 The price accelerated out of the downside trend on Wednesday but has run into offers as the US dollar corrects its resurgence and commodities pick up, even leading into Asia. 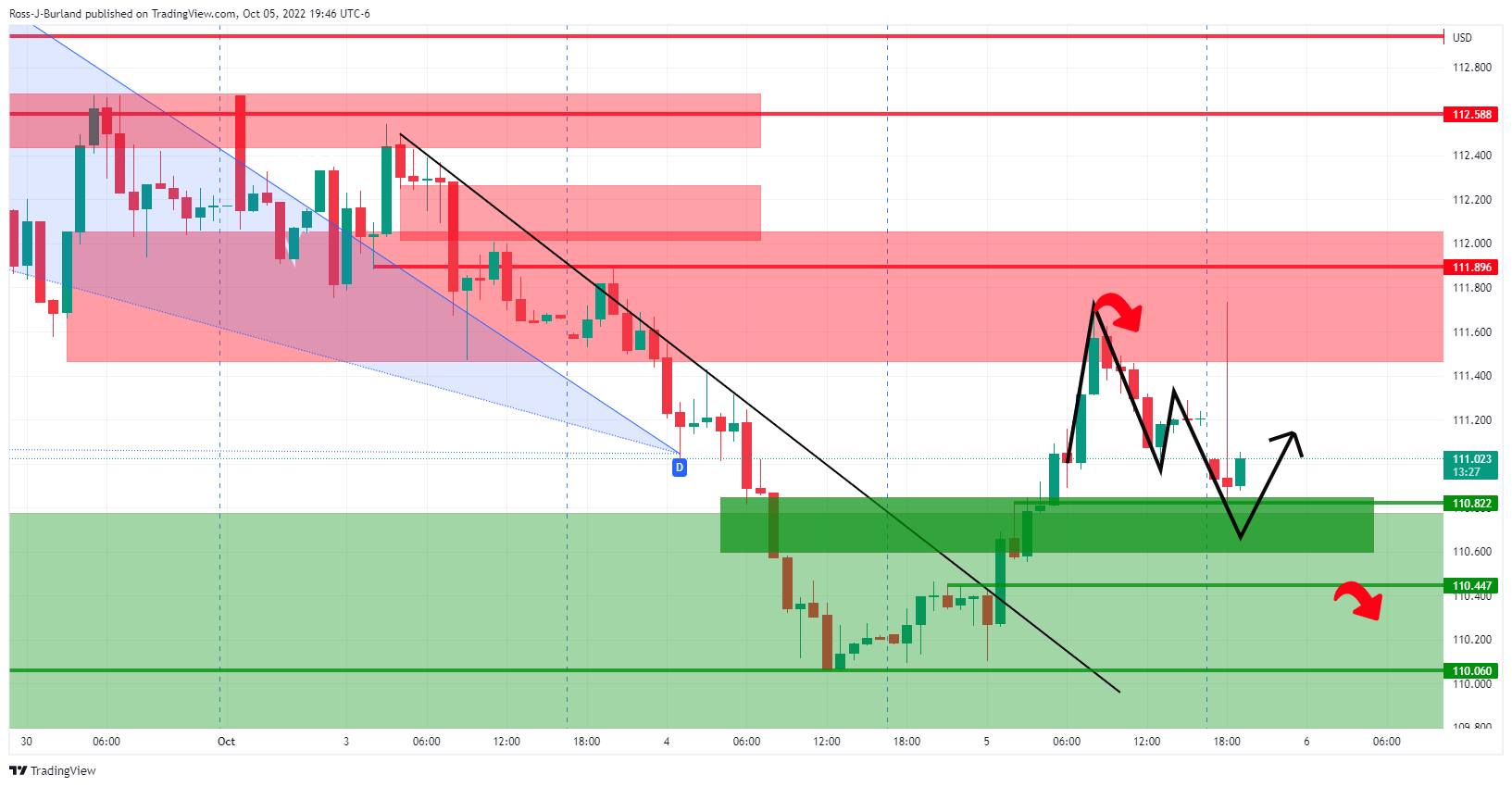 However, as the following DXY chart illustrates, there is the case for an upside correction as per the M-formation's chart pattern which could see a turn around in USD/CAD for the day ahead.