Tesla is most well known for its electric cars. However, Elon Musk has long claimed that Tesla is more than just a car company. Tesla wants to become a key supplier of energy storage. Central to the vision of an electric car is the associated demand that will be required to store energy.

The electric vehicle market is now expanding as mainstream car manufacturers begin their forays into the EV market in earnest. This year, according to Bloomberg, there are thirty new models which are due to be launched in the US. Many of them are SUVs, from large manufacturers, with decent ranges. There is also a battery-powered Ford F-150 which has been one of the US’s best-selling vehicles for a number of years. This means the EV race has just become more competitive with one analyst seeing a 1 million vehicle market for electric vehicles this year.

Tesla is a brand that stands for innovation

The popularity of Tesla pivots around the character of its CEO Elon Musk. Charismatic and visionary he has gathered significant attention for the company. The hopes for Tesla is that it can encourage people to buy into the Tesla brand in the way that Apple generates consumers who purchase multiple products. So the idea is that you buy a Tesla car, Tesla solar panels, Tesla power wall, etc. The initial upset comes from when a customer buys a car and then purchases the solar panels to help offset the spike in electricity demand. The potential for Tesla is that it can then expand into the energy market by way of large-scale battery storage solutions. Unused electricity could be sold back into the grid at peak times. The key medium-term support for Tesla stock is around 200EMA marked on the chart below. 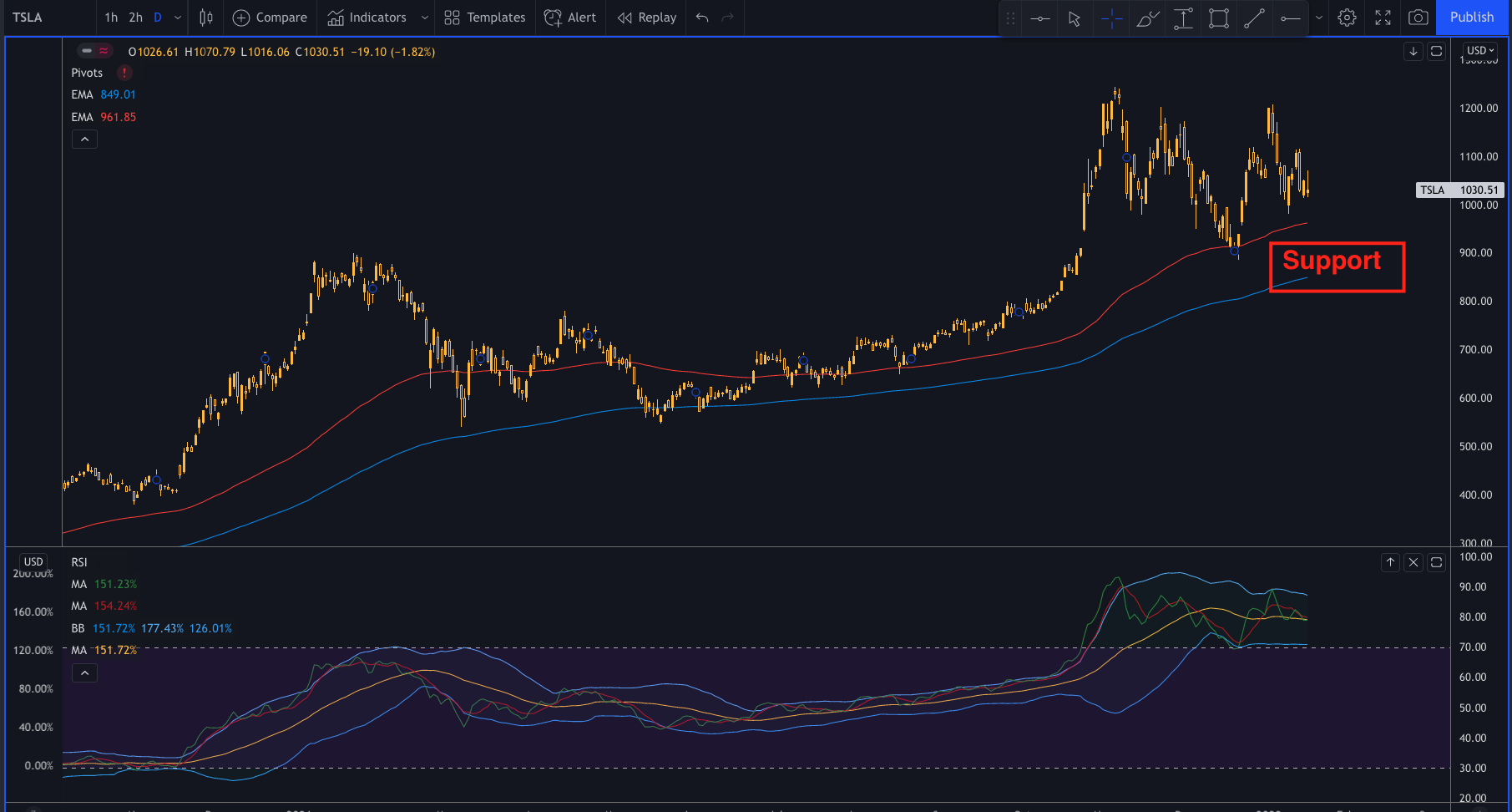