Welcome back after the Thanksgiving feast but do not expect much action on US stock markets. European markets were very quiet and it looks like more of the same on Friday for the S&P 500 to close out the week. Little data of note and only Oil price may get some catalyst later from the European Union meeting to again discuss the price cap on Russian Oil.

The United States stock market reopens after its Thanksgiving feast as shoppers rush to Black Friday discounts. That will see reports early next week on the strength of the shopping season and possibly confirm recent trends from retailers who are holding up well.

The news on Apple (AAPL) remains in flux as reports from the Foxconn plant in China continue to worsen. The tech sector could also be hit by Microsoft (MSFT) as its deal for Activision Blizzard (ATVI) looks likely to face more competition scrutiny. Overall, Friday could be set for a small move lower on the back of some profit-taking ahead of the weekend. Equity markets, including the S&P 500, close early at 18.00 GMT (13 EST).

Technically, the S&P 500 rally remains in place and bulls are firmly in charge. 4,028 is the intraday resistance pivot, the weekly high. Below, and we are likely to slide to 3,946. That is the medium-term pivot for the move to continue. 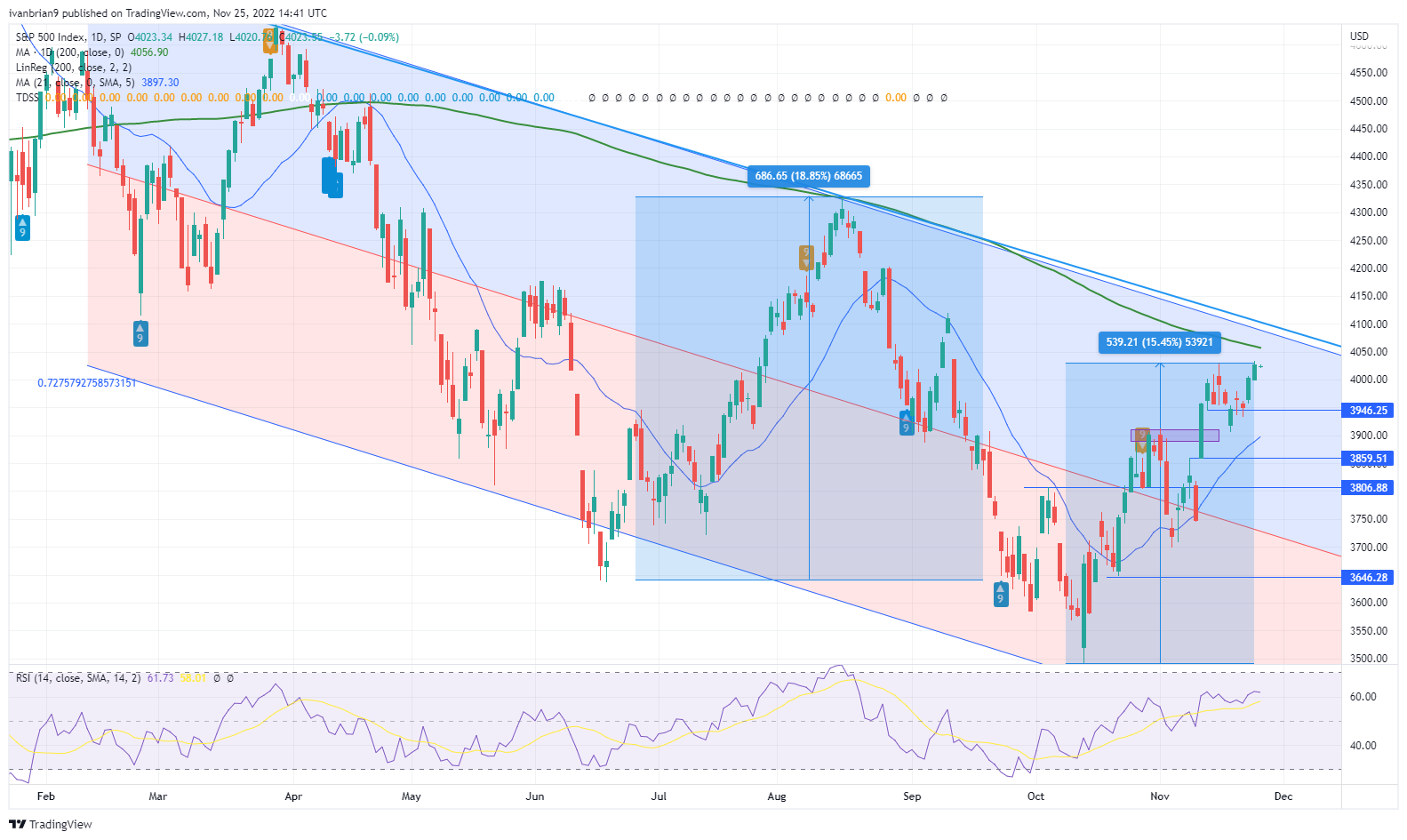