NYSE:PLTR has gained a very loyal following since its debut on Wall Street at the end of September, and the stock has not disappointed investors who got in early. Shares have already returned 281% since its IPO. On Tuesday, Palantir sank by 2.37% as investors remained unsettled ahead of the company’s Demo Day event. Still, the stock is trading well above its 50-day and 200-day moving averages, especially after a near 25% gain on Monday to start the week.

Palantir unveiled its software technology to the world in its Demo Day event after the closing bell on Tuesday. Shares were already trading even lower after hours, so the uncertainty surrounding the mysterious company is clearly trickling down to its shareholders. Still, investors may just be taking this opportunity after a recent bull run to take some profits, in case the event does not impress. But an impressive showing by Palantir can push the stock price to all-new levels, especially ahead of its February earnings report, and the pending end of the lockup period, which is also in February. These catalysts combined with a fierce underground following by the rogue investor group r/WallStreetBets from Reddit, could keep the valuation of the stock at its current price levels. 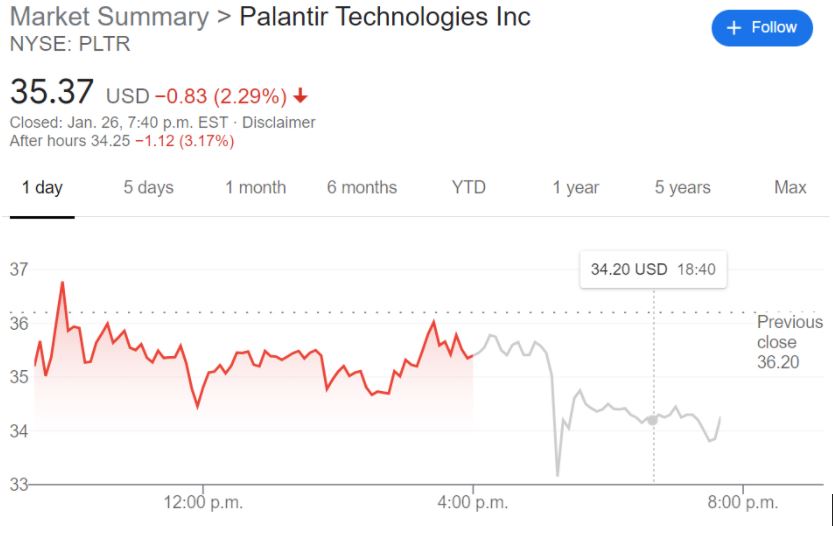 No matter what the results of Demo Day are, Palantir continues to be one of the most controversial and hotly debated stocks on the market. The opinions range from highly motivated retail investors on social media to skeptical analysts on Wall Street. Thus far, Palantir has been a retail investor darling and continues to defy the doubt that some analysts have.