NZD/USD has stabilised in recent trade after pulling back sharply from Asia Pacific/early European session highs in the 0.6840 area to current levels in the 0.6780s. The 21-day moving average at 0.6786 seems to be offering some support where last week’s lows at 0.6790 failed. FX markets have been choppy and difficult to make sense of on Monday, with the dollar and yen seemingly gaining ground amid a safe-haven bid, but typically more risk-off resilient currencies like CHF and EUR suffering alongside the more risk-sensitive currencies like NZD, AUD and CAD.

Liquidity conditions remain thin/somewhat impaired amid the absence of many Asia Pacific and European market participants. Markets in the UK, Australia, New Zealand, Canada, Japan and China were all closed on Monday. A break below support around current levels for NZD/USD would likely signal continued drop back towards December lows around 0.6700. NZD/USD’s failure to break above trendline resistance last week in the mid-0.6800s seems to have been taken as a bearish signal. The main drivers of the pair and FX markets more broadly this week will be the key US December jobs report, as well as the December ISM surveys.

At current levels, NZD/USD’s Z-score to 200DMA is roughly -1.8, meaning it trades about 1.8 standard deviations below its 200DMA. As recently as mid-December, the pair’s Z-score was closer to -3.0. Looking back at the last five or so year, apart from during times when FX markets were undergoing violent repricing (such as during the March 2020 Covid-19 panic), a Z-score near or below -2.0 has been an indicator that conditions have become oversold and, at the very least, some consolidation lays ahead. 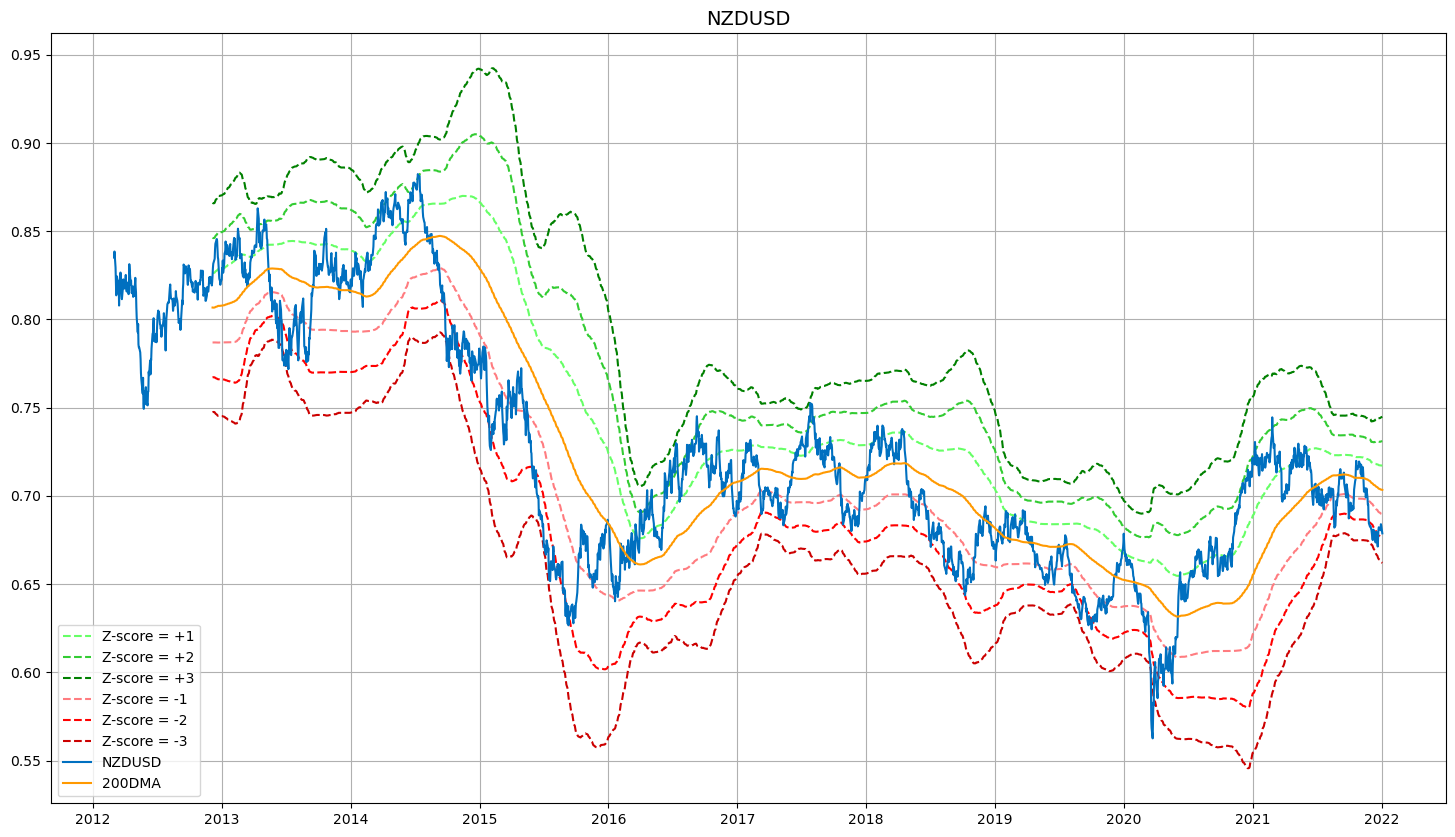 And consolidation has been just what NZD/USD has seen over the past few weeks. Whether this can continue into early 2022 is another question as the Fed primes itself for a potential rate hike as soon as March. NZD/USD’s Relative Strength Index score of close to 43 suggests there is plenty of room for some further selling pressure. But the RBNZ is ahead of the Fed when it comes to policy normalisation and looks set to extend its lead, a fact that seems to have e been neglected by FX markets as of late. Perhaps the NZD isn’t as vulnerable to the dollar’s advances as say the euro, yen and Swiss franc, central banks are decisively more dovish.