NYSE:NIO has seemingly turned a corner after going through a brutal correction for the better part of the last two months, as growth sectors like electric vehicles took a backseat to cyclical blue-chip companies. On Tuesday, Nio continued its rebound from last week as it added 1.76% to close the trading session at $40.00 even. Shares are still trading below both the 50-day and 200-day moving averages, so Nio certainly has some work to do before the popular stock gets back on track with its performance from 2020.

The ongoing global semiconductor shortage seemed to have no effect on the first quarter sales report that Nio issued on Friday before the Easter long weekend. Nio officials previously came out and stated that vehicle production would drop from about 10,000 to about 7,500 per month, which is right on pace with the 20,060 total vehicles delivered in the first three months of 2021. This figure represents an incredible 423% year over year increase, which should continue to grow with impending expansion into Europe, possibly by the second half of 2021. 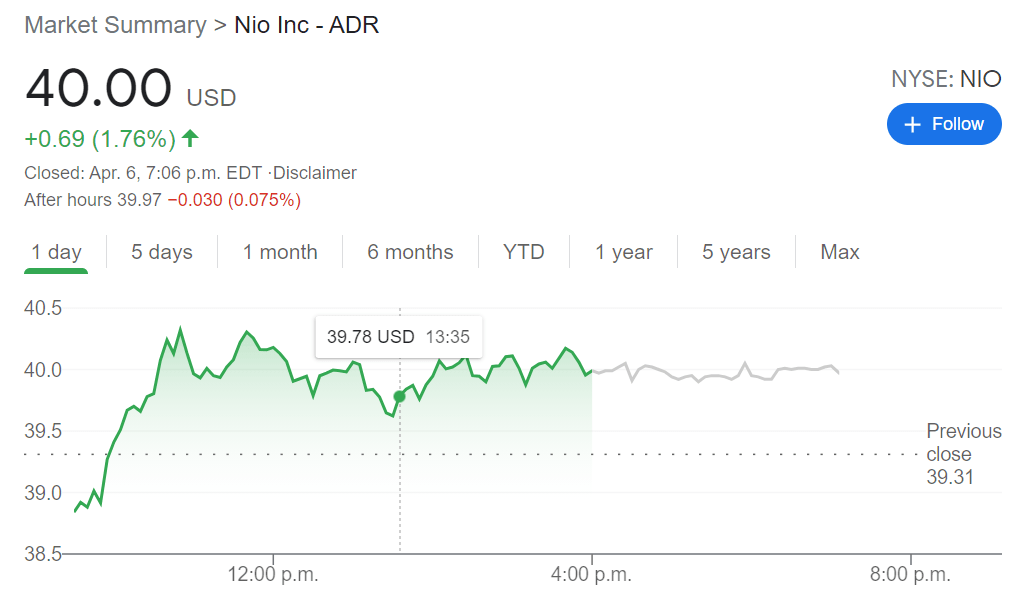 While the broader markets seemed to take a bearish turn on Nio after its rapid growth throughout 2020, there are still several analysts on Wall Street that have significantly higher price targets than its current levels. In fact, the median price target amongst analysts who cover Nio is roughly $55, which still represents a near 15% upside from its current price.

Stop losing your money!
Learn to trade with us!