According to data tweeted by Philipp Heimberger, Economist at Vienna Institute for International Economic Studies, New Zealand's fiscal response to the coronavirus crisis has been the strongest among advanced nations. In contrast, the response from Eurozone countries such as Italy and Spain have been relatively weak. 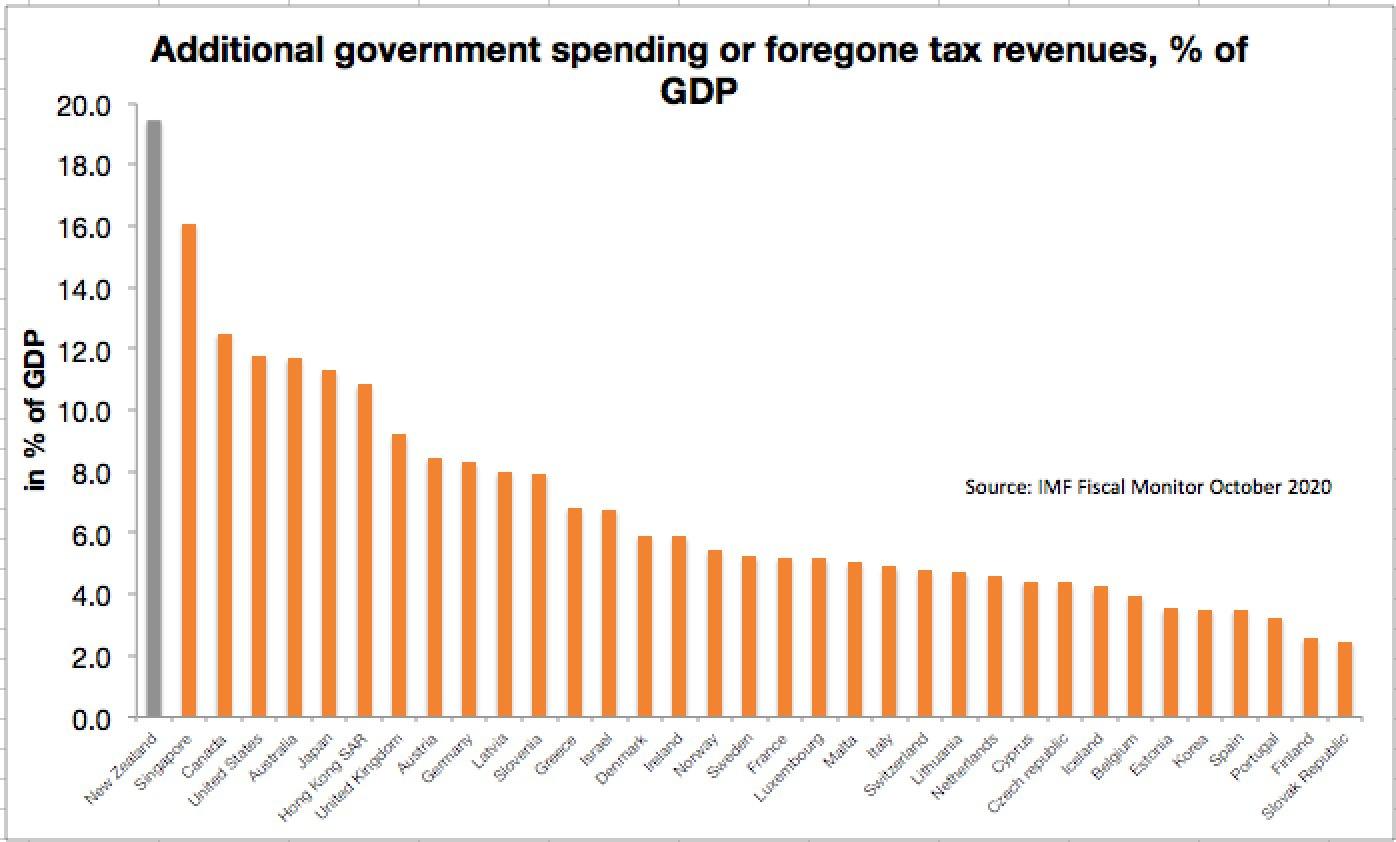 Additional government spending or foregone tax revenue as the percentage of gross domestic spending was the highest in New Zealand, as per International Monetary Fund's October 2020 Fiscal Monitor.