The troy ounce of the precious metal closed the week modestly higher at $1,950 but struggled to make a decisive move in either direction. Following its September policy meeting, the Federal Reserve kept its policy rate unchanged as expected and adopted a relatively more optimistic tone with regards to economic recovery. However, the greenback struggled to outperform its riavls and the US Dollar Index finished the week in the negative territory.

Coming up next week

On Wednesday and Thursday, FOMC Chairman Powell will be testifying before the US Senate. Additionally, the IHS Markit will release its Manufacturing and Services PMI reports for the eurozone and the US. On Friday, August Durable Goods Orders from the US will be looked upon for fresh catalysts.

Meanwhile, political developments in the US will be watched closely by the market participants.

Previewing next week's key events in the US, "numerous Fed officials will be speaking in the upcoming week, including the chair three times. The new forward guidance from the FOMC last week was quite dovish, and wording on QE was changed to make clear that a primary goal is to provide monetary stimulus broadly," said TD Securities analysts. "Early voting for the November 3 election will begin for several states over the coming week, including in key battlegrounds Michigan and Minnesota, as well as in Illinois and Virginia. Joe Biden maintains a sizable 7pp lead in national polling over President Trump ahead of the first presidential debate on September 29th." 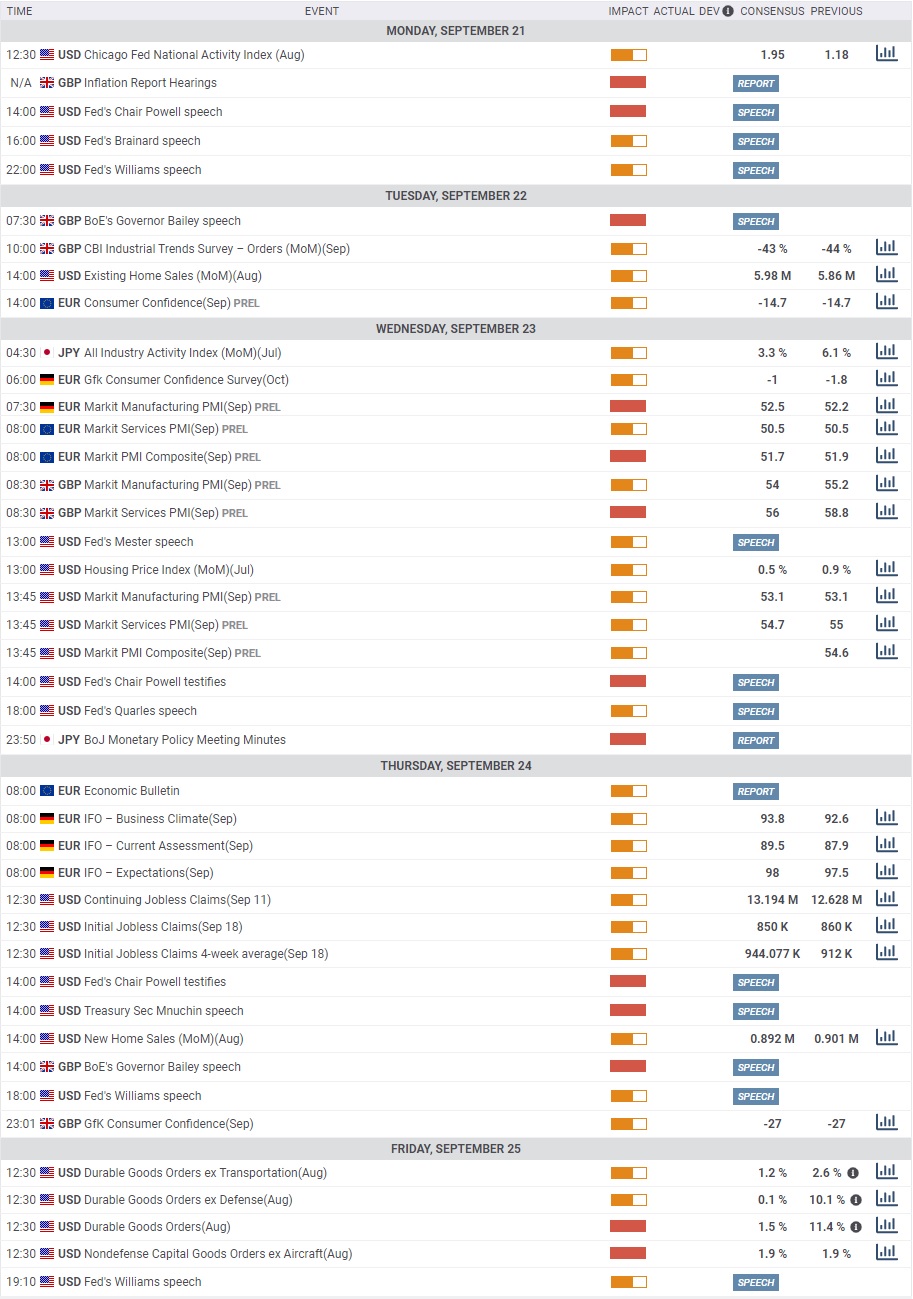