NYSE:GE continues to be the reopening story that everyone wants to happen, but the industrial conglomerate cannot seem to stop tripping over its own feet. On Monday, cyclical industries gained once again as the ongoing tech selloff continued. General Electric added 2.52% to close the first trading day of the week at $13.45. Shareholders have been on a roller coaster ride with General Electric so far this year, and the meager dividend yield may make it difficult for even the most loyal investors to stay with the company for long.

General Electric did receive another financial industry upgrade on Monday, as the Bank of America raised its earnings per share targets from $0.22 to $0.25 in 2021 and from $0.49 to $0.50 in 2022. Bank of America also raised free cash flow targets from $4.1 billion to $4.3 billion in 2021 and $5.5 billion to $5.6 billion in 2022. The bank reiterated its buy rating for General Electric and maintained its $15 price target for the stock. While it may not seem like much of an upgrade, it is nice for shareholders to see that major financial institutions are still bullish on General Electric in the long run. 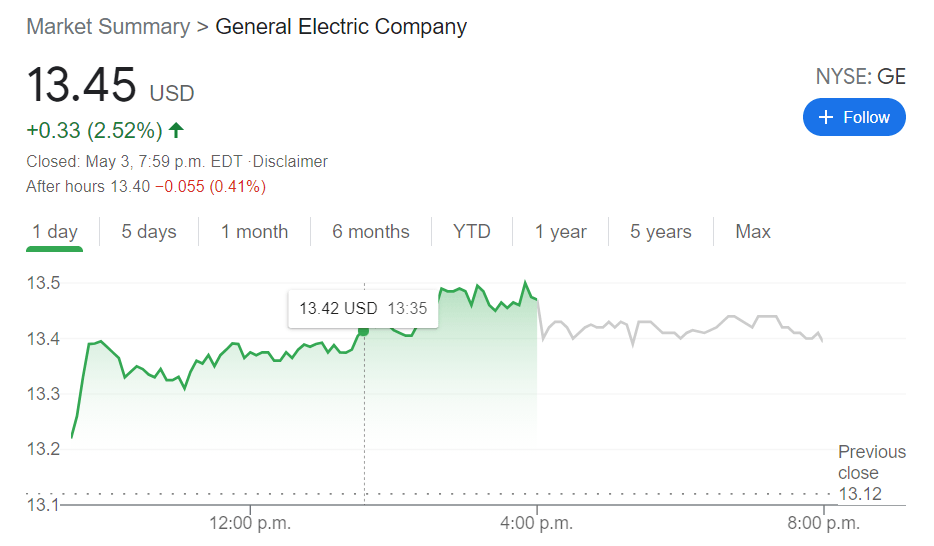 General Electric once again failed to impress at its recent quarterly earnings call, but it was more of a reminder as to how much GE relies on its commercial aviation business. Once global travel opens back up, we should see a more solidified earnings report as aviation is GE’s largest money maker. It is a good sign overall that GE’s power and renewable energy arms both reported lower losses year-over-year from 2020.

EUR/USD is holding higher ground above 1.1650 ahead of the German IFO survey. Weaker US Treasury yields, risk reset weigh on US dollar. ECB, US GDP in focus but China headlines, Fed tapering concerns will lead the sentiment.

EUR/USD is holding higher ground above 1.1650 ahead of the German IFO survey. Weaker US Treasury yields, risk reset weigh on US dollar. ECB, US GDP in focus but China headlines, Fed tapering concerns will lead the sentiment.