It has been another volatile day in the US session and GBP/USD has rallied from a low of 1.0538 to a high of 1.0911 so far in what has been a massive turnaround for the pair, surpassing the prior day's highs and now embarking on the highs of the week.

Sterling initially fell more than 1% against the dollar and euro on Wednesday after the Bank of England, worried about margin calls in the gilt market, said it would step in to calm the UK's frenzied bond markets. The pound was on track for its biggest monthly fall since October 2008, just after Lehman Brothers collapsed. However, the greenback has collapsed from multi-year highs of 114.778 to print a fresh low of 112.588 for the session so far as US yields sink with the benchmark 10-year yield losing over 5.4% at the time of writing.

UK financial markets have been roiled by the moves by Finance Minister Kwasi Kwarteng who announced plans to slash taxes and ramp up borrowing. The fiscal statement - and Kwarteng's vow that there was more to come -sent global markets into panic mode and the pound crashing on Monday to a record low despite soaring gilt yields. However, the Old Lady's intervention appeared to calm the market when the yield on the 30-year benchmark gilt dropped by more than 50 basis points at one point despite the BoE only buying GBP1b concentrating on the July 2051 bond in the main.

Nevertheless, the aggressive fiscal program is likely to continue to weigh on the pound in febrile market conditions with attention now turning to a UK mortgage crisis as well as the energy crisis. "Mortgage deals for new customers now feature rates at around 5%-6% - a steep increase from the norm of around 2% for the last five years which is prompting rising concern of a collapse in the property market further down the line," Reuters reported on Wednesday.

The housing market is the backbone of the UK economy, and a leading economic indicator closely liked to the UK's consumer spending all of which go into the value of the pound that to date, has fallen almost 22% against the dollar this year, the most since 2008, and more than 7% against the euro. Sterling dropped by more than 15% in 2016, when the Brexit vote took place. 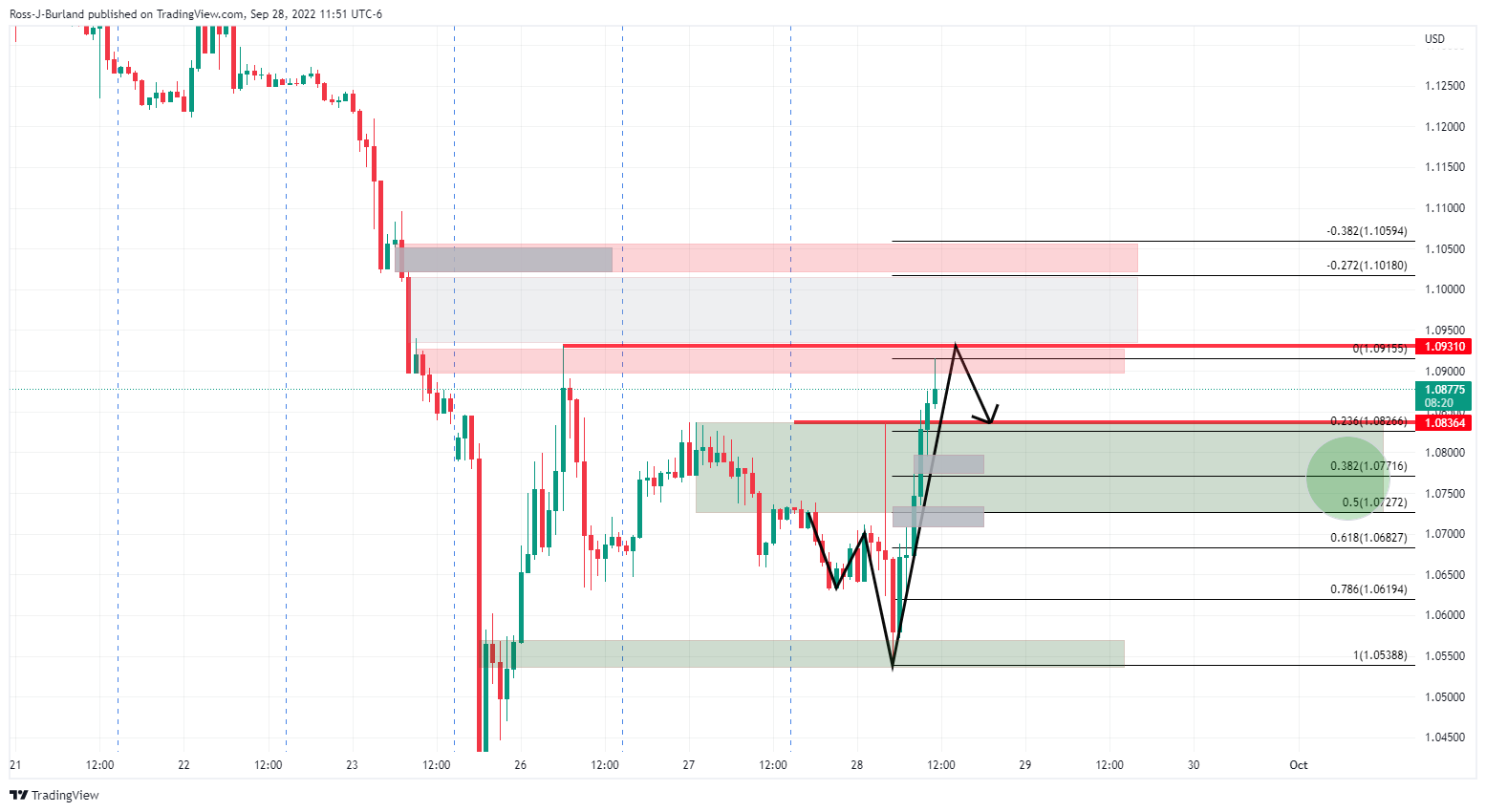 GBP/USD has rallied towards Monday's highs of 1.0931, taking out yesterday's highs of 1.0836 that could be retested in the coming hours that have a confluence of the 23.6% Fibonacci ratio. This level guards a deeper correction towards the 50% mean reversion area that has a confluence with the London structure around 1.0730. In such a move, the price will mitigate the price imbalances (greyed areas) of the strong bullish impulse. On the flip side, the 1.1050s and price imbalances can be targetted to the upside, completing a 61.8% Fibonacci retracement on the daily chart following the 50% mean reversion: 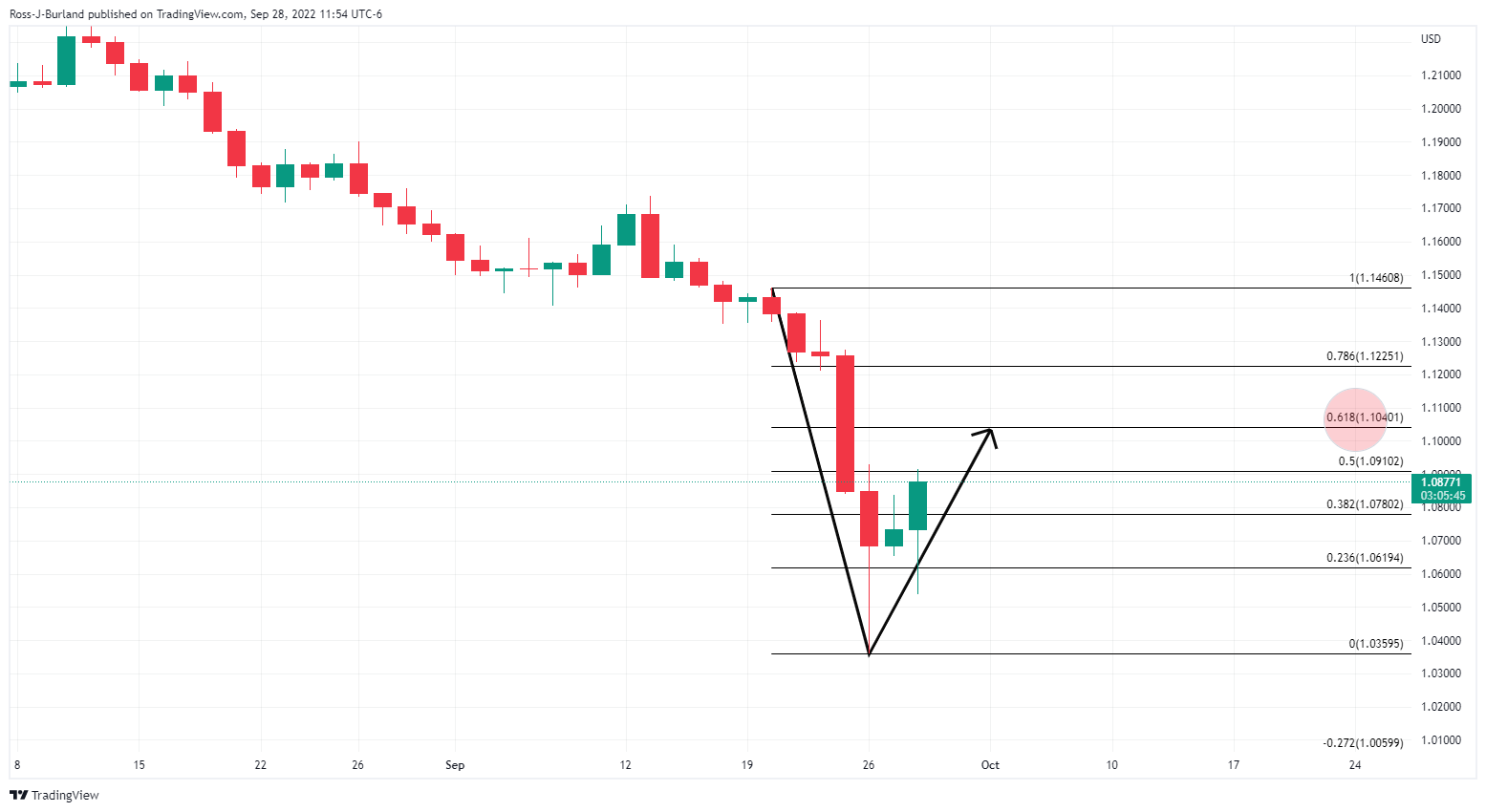