The British pound picked up some pace post-BoE announcement and pushed the EUR/GBP cross to session lows, around the 0.9025 region.

As was widely expected, the Bank of England left interest rates an all-time low of 0.1% and bond-buying program unchanged at £745 billion. In the accompanying policy statement, the UK central bank offered some glimpses of optimism and provided a modest lift to the British pound.

The BoE said that the economic downturn was less severe than initially thought and also upgraded its current year economic growth projection. The BoE reiterated that the risks to the outlook remain skewed to the downside and showed readiness to adjust policy if required.

The BoE expects inflation to remain subdued but anticipated it to return back to 2% target in two years. There was no specific mention of pursuing negative interest rates moving forward, which seemed to be one of the key factors behind an uptick in the sterling.

On the other hand, the shared currency remained well supported by the prevalent bearish sentiment surrounding the US dollar. This, in turn, might help limit any deeper losses for the EUR/GBP cross, at least for the time being.

Moving ahead, market participants now look forward to the post-meeting press conference, where comments by the BoE Governor Andrew Bailey might infuse some volatility around the GBP crosses.

The EUR/USD pair extended its weekly decline to 1.1611 on Friday, as demand for the greenback prevailed despite mixed US data.  European governments are imposing restrictions amid resurgent coronavirus cases.

GBP/USD: Battle around 1.2700 will likely be won by bears

The GBP/USD pair closed a third consecutive day unchanged around 1.2740 last Friday, as the Pound found support in Brexit-related headline. The UK and the EU will resume Brexit trade talks next Tuesday.

Gold: Melts into next week with lower levels in sight

The precious metals complex has been hampered by the persistent greenback strength. Since the price broke the triangle pattern on the chart the price hasn't looked back even once. There was a small glimmer of hope when the price ...

Macro as september winds down 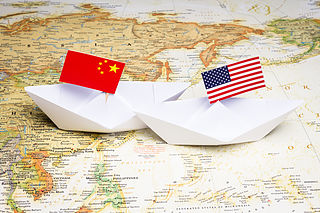 The dollar began September extending its losses, but reversed higher and is winding down the month at its best levels against the euro and sterling in a couple of months. The CAD and AUD have approached last month's lows.