A Reuters analysis of about 2,900 firms with market capitalization above $100 million showed on Tuesday that capital investment made by the Chinese firms is at its lowest in three years, as economic slowdown amid prolonged US-China trade war hit sales growth and cash reserves.

“Chinese firms raised capital spending by 1.6% in the three months through September versus the same period a year prior, the weakest growth in three years.

Cash reserves at surveyed firms grew 5.6% on year in the September quarter, the weakest since the first quarter of 2018.

Moreover, the average number of days a company holds inventory before sale was 108 in the first nine months of the year, topping an annual average of 100 or less in the last four years.

Revenue grew 6.7%, the weakest in at least three years - the earliest period for which data from a comparable number of firms is available - while net profit rose 7.8% versus nearly 22% two years earlier.

The consumer discretionary and communications services sectors were among the poorest performers, with revenue shrinking 1.4% and growing just 1% respectively.” 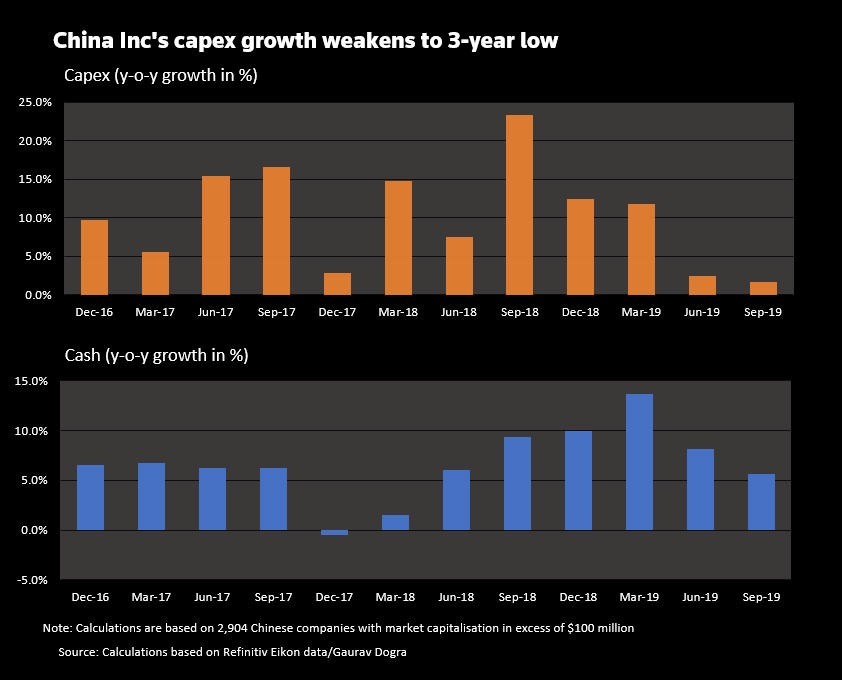