The Reserve Bank of New Zealand has forecasted a higher peak cash rate and has hiked rates by 75 basis points as expected. The knee-jerk was volatile in forex seeing the Kiwi rally, drop and then rally again as the statements were digested.

The nuts and bolts are hawkish, putting a bid into the Kiwi:

Members agreed that this level had increased since the time of the august statement.

Members agreed OCR needed to reach a level where it was confident it would reduce actual inflation to within the target range. 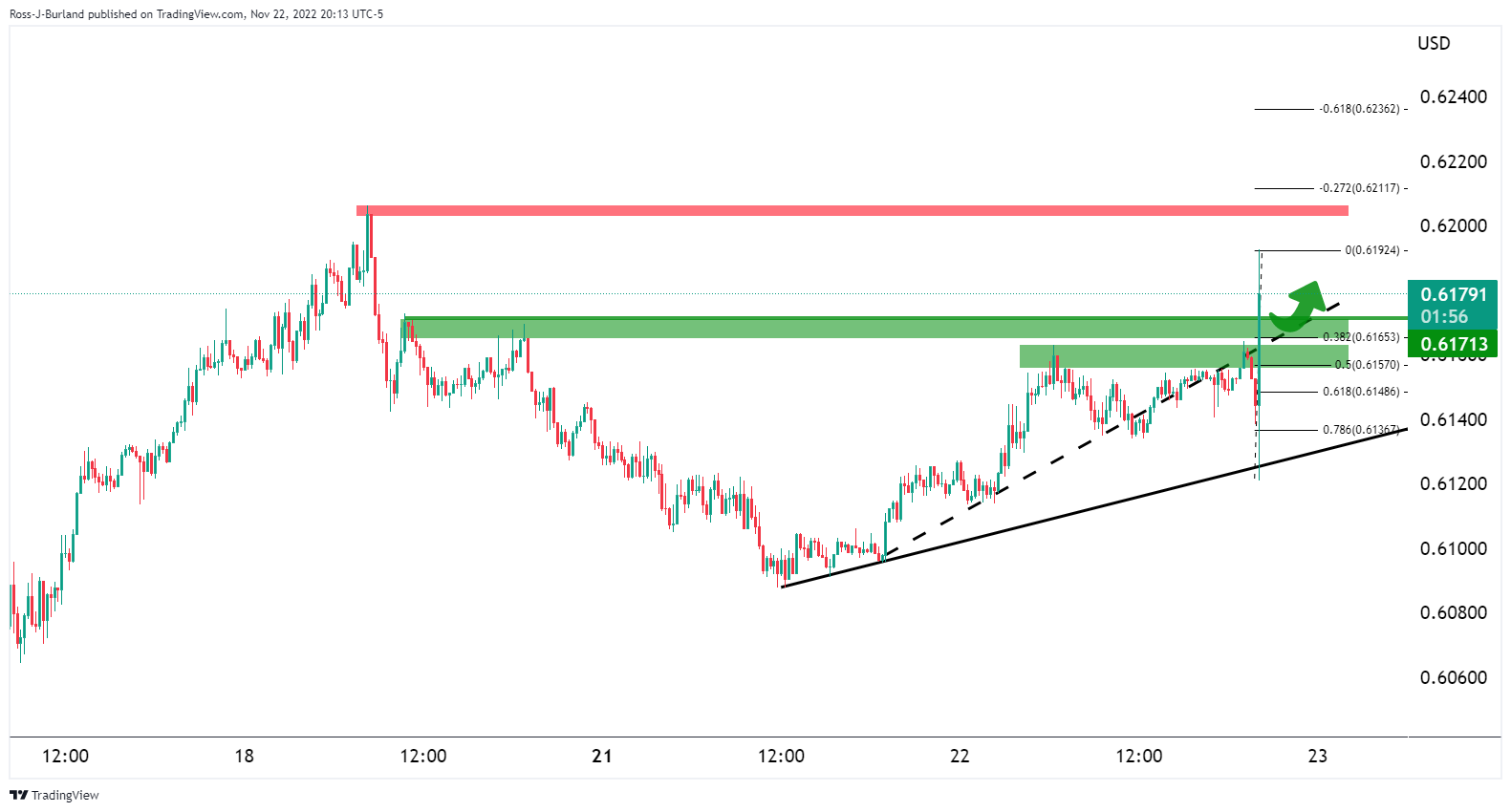 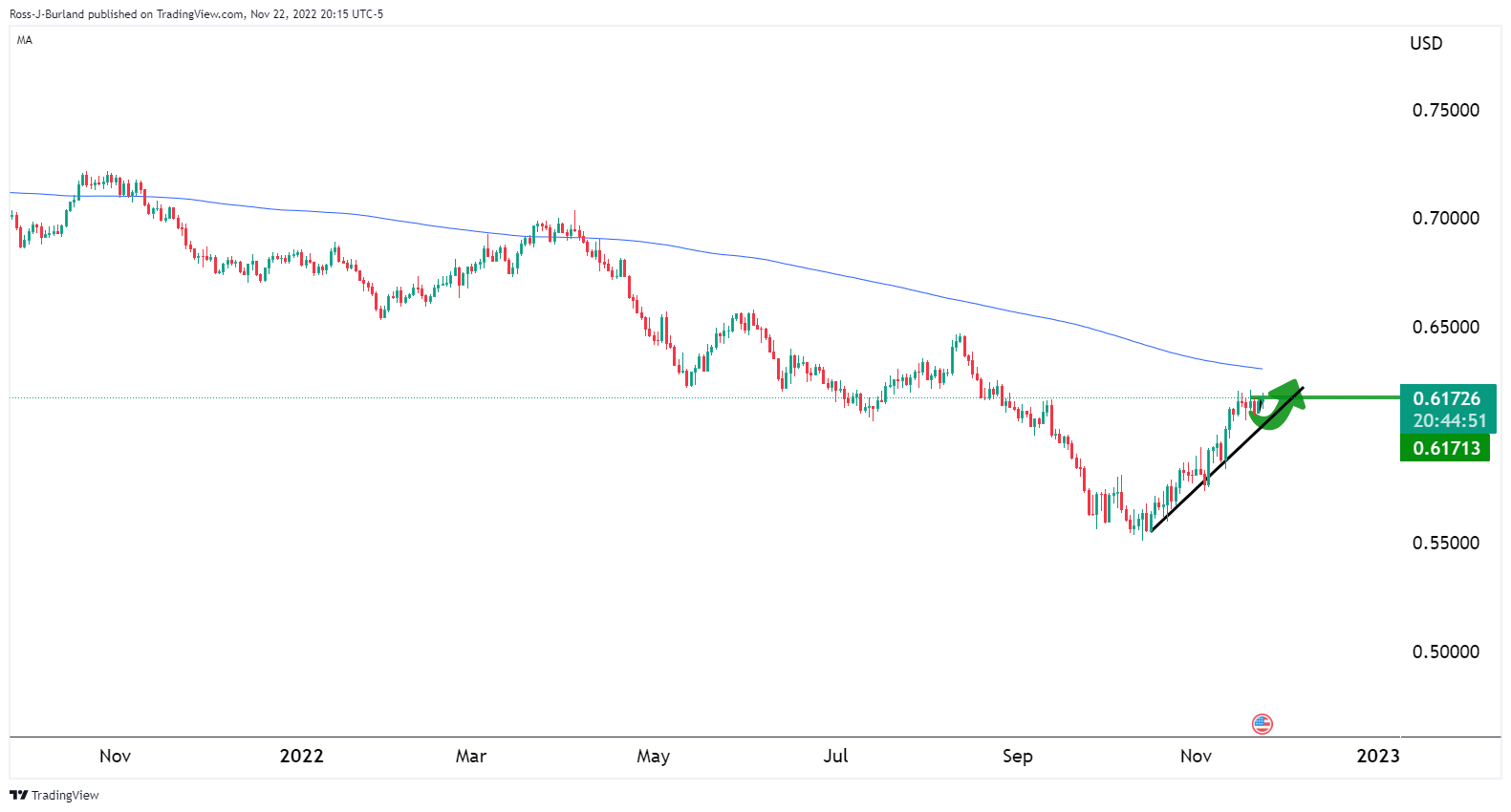 About the RBNZ interest rate decision and rate statement