Apple (AAPL) stock fell on Friday as investors dumped risk assets aggressively. The losses were sharp, but Apple once again outperformed. AAPL fell 1.5% on Friday, while the S&P 500 closed 1.7% lower and the Nasdaq was down 1.6%. Apple has been outperforming due to its almost haven status among big tech stocks. It has a huge cash position and a captive and loyal audience who it is assumed will gravitate to the newly released iPhone 14.

That loyalty will be tested as the global economy continues to deteriorate. iPhones are expensive and would be considered a luxury item. Luxury would be expected to perform poorly in a recession, but we had reports that preorders for the iPhone 14 were ahead of target and talk that higher-end, higher-margin models were being targeted. This caused some relief to Apple shareholders last week.

However, a report from Bloomberg this morning does not make for such bullish reading. Bloomberg reports on a Jefferies note to clients saying iPhone 14 orders in China are running 11% lower than comparable iPhone 13 orders last year. China is a key market along with the US for Apple; if true, this news will make for uncomfortable reading for Apple investors. Some positive news reports that iPhone production in India is up to speed much more quickly than anticipated.

"With respect to foreign exchange, we expect it to be a nearly 300 basis point headwind to our year-over-year growth rate," Maestri said. This was back inlate April on the Q2 earnings conference call. Since then the dollar index has moved from 103 to 113, so this impact is getting worse.

A potential double bottom at $148.50 is huge. This gets some support from a bullish divergence in the Relative Strength Index (RSI) – falling prices but a rising RSI. So a short-term bounce could be in the cards, but $148.50 is the pivot. Hold here and AAPL stock can target resistance at $153 and then $158. Breaking below $148.50 will mean a move to the June lows is likely at $129. 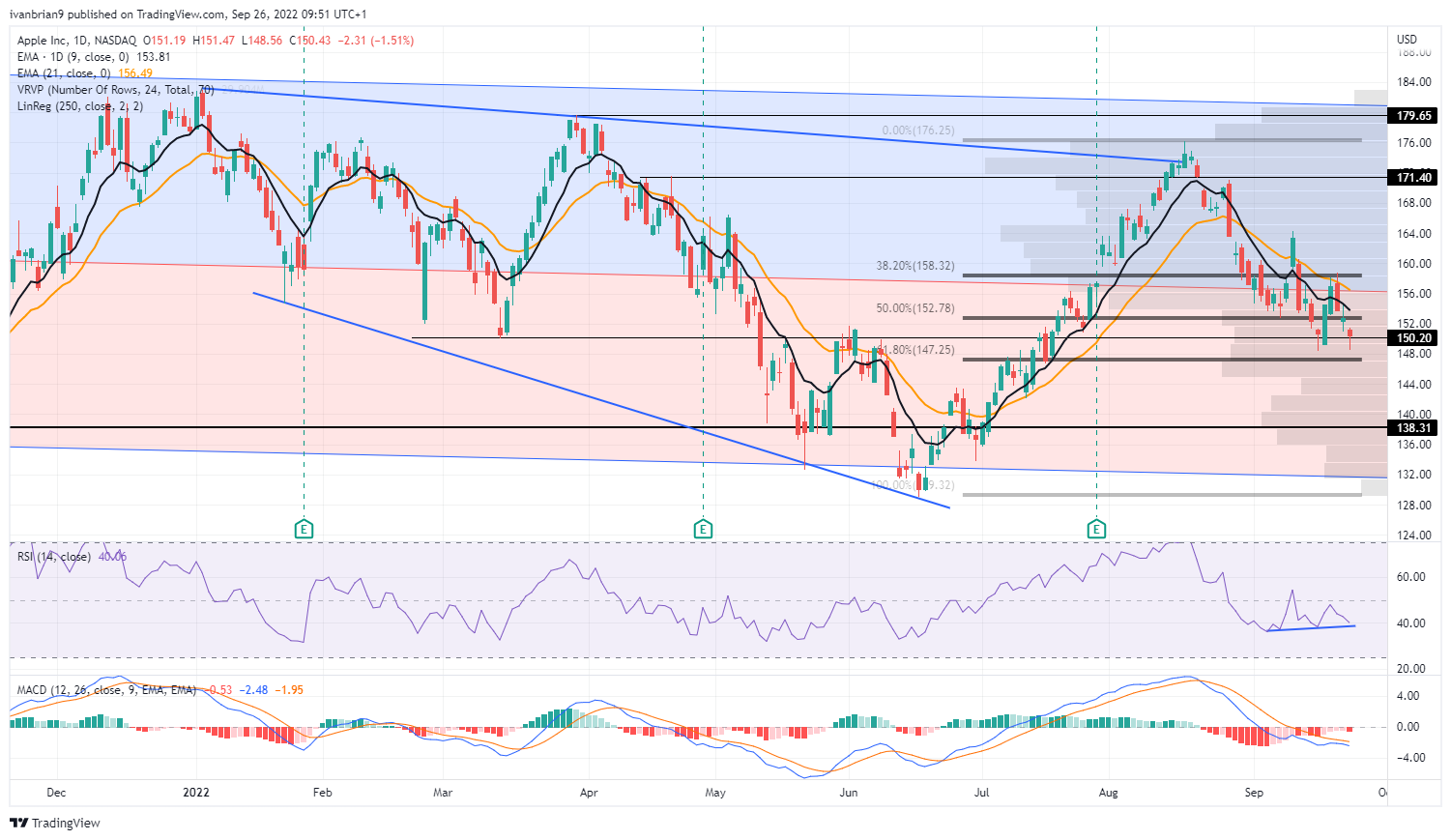