NASDAQ:AMD has been a pleasant surprise and an incredible comeback story for a company that was nearly written off by investors just a few years ago. On Thursday, AMD showed relative strength as it traded sideways and gained 0.08% amidst another day where tech stocks took a beating and had their multiples cut yet again. Despite its strength, AMD is still trading below both its 50-day and 200-day moving averages, as the stock continues to try to gain support for the next move up.

The global chip shortage has already started to hit production in manufacturing for companies around the world. Products like Apple’s (NASDAQ:AAPL) new Macbook Pro laptop, and vehicles from companies like Ford (NYSE:F) and Nio (NYSE:NIO), have all seen reduced production over the past few months. Even as this shortage progresses, AMD has been surging past rival Intel (NASDAQ:INTC), and seems ready to challenge new industry leader NVIDIA (NASDAQ:NVDA) for the lead in the global chip game. 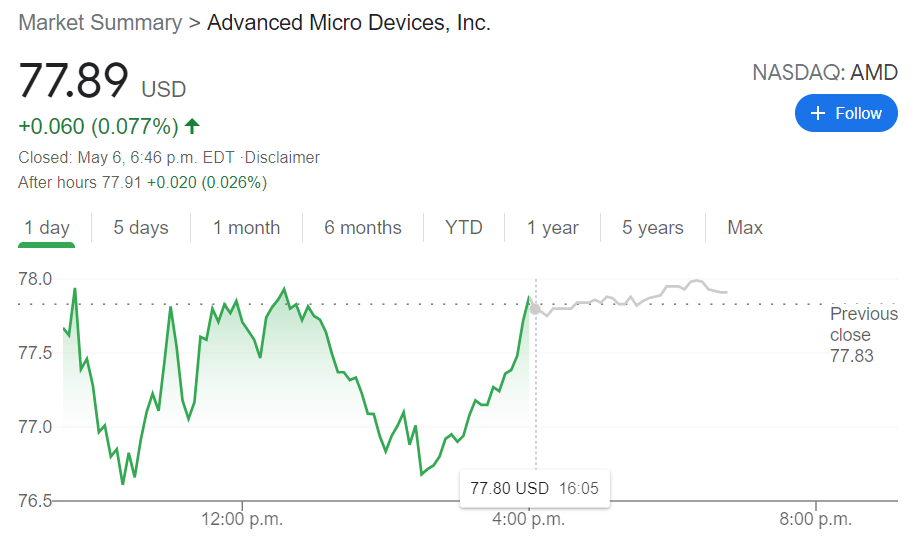 Last week AMD flexed its muscles when it reported better than expected revenues and earnings per share, but matched Wall Street expectations for gross margins. The revenue beat was particularly impressive as AMD boasted a 93% year-over-year improvement, which was buoyed by the next generation of video game consoles from Sony and Microsoft (NASDAQ:MSFT). After its Q1 earnings, AMD raised its guidance for the rest of 2021, as the company expects the chip shortage to wane by the end of the year.