Zcash price is up by 116% in the past two weeks and has established a new two-year high at $120.69. Additionally, the digital asset has seen a massive increase in trading volume which adds a lot of credence to the breakout.

Zcash price could suffer a significant correction after massive rally

On the daily chart, the TD Sequental indicator has just presented a sell signal for the first time since August 2020. In the past, these calls have been notably accurate which adds a lot of selling pressure to Zcash. 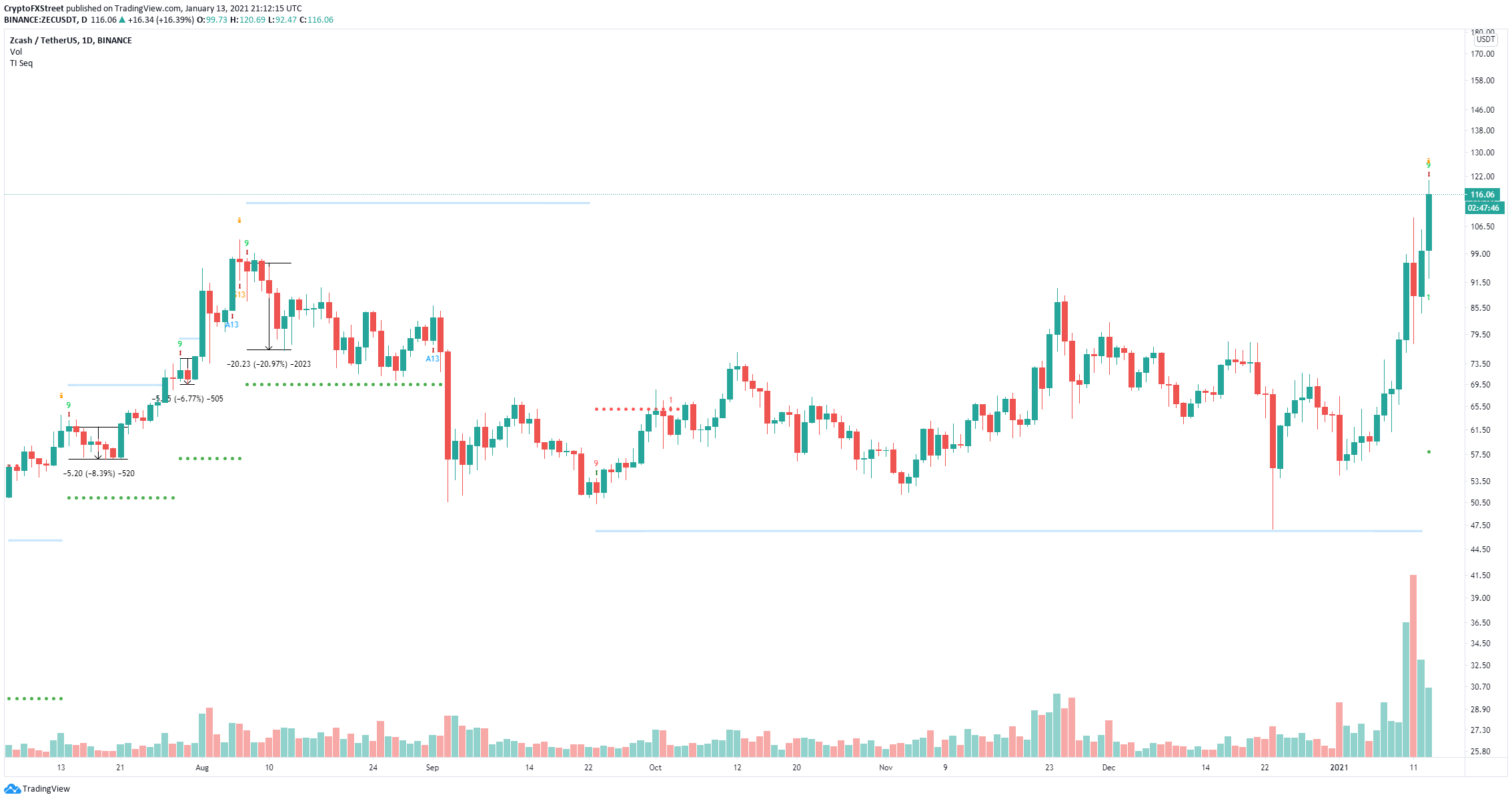 Additionally, on the weekly chart, the RSI has just touched the overextended zone which often leads to a pullback. The past three oversold RSI’s have pushed Zcash price down by an average of 65%. 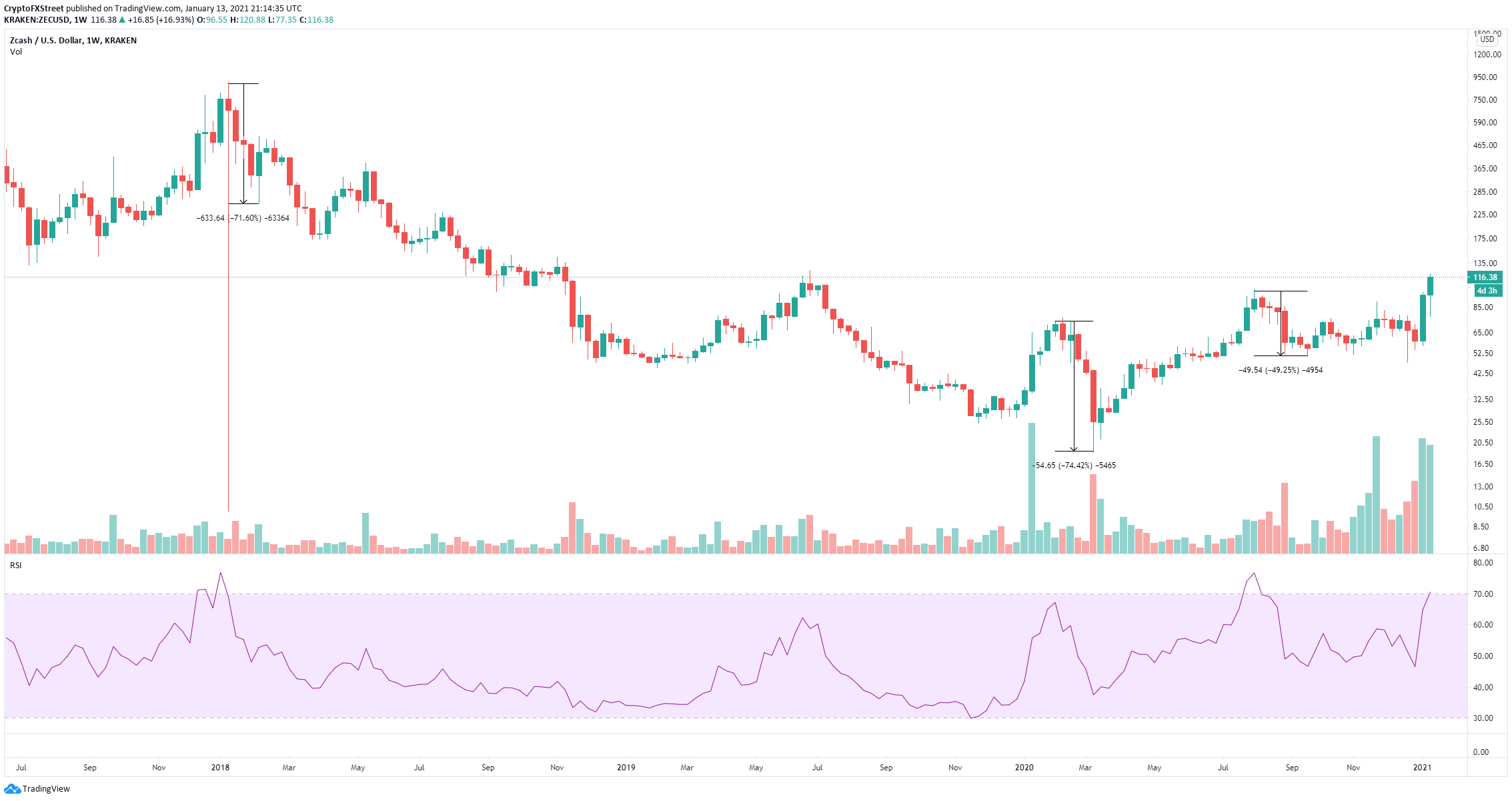 However, the current Zcash uptrend is intact and bulls remain in control over the short and long trends. On the hourly chart, the most significant support level is the 100-EMA which has served as a guide for the bulls since the beginning of the run on January 6. 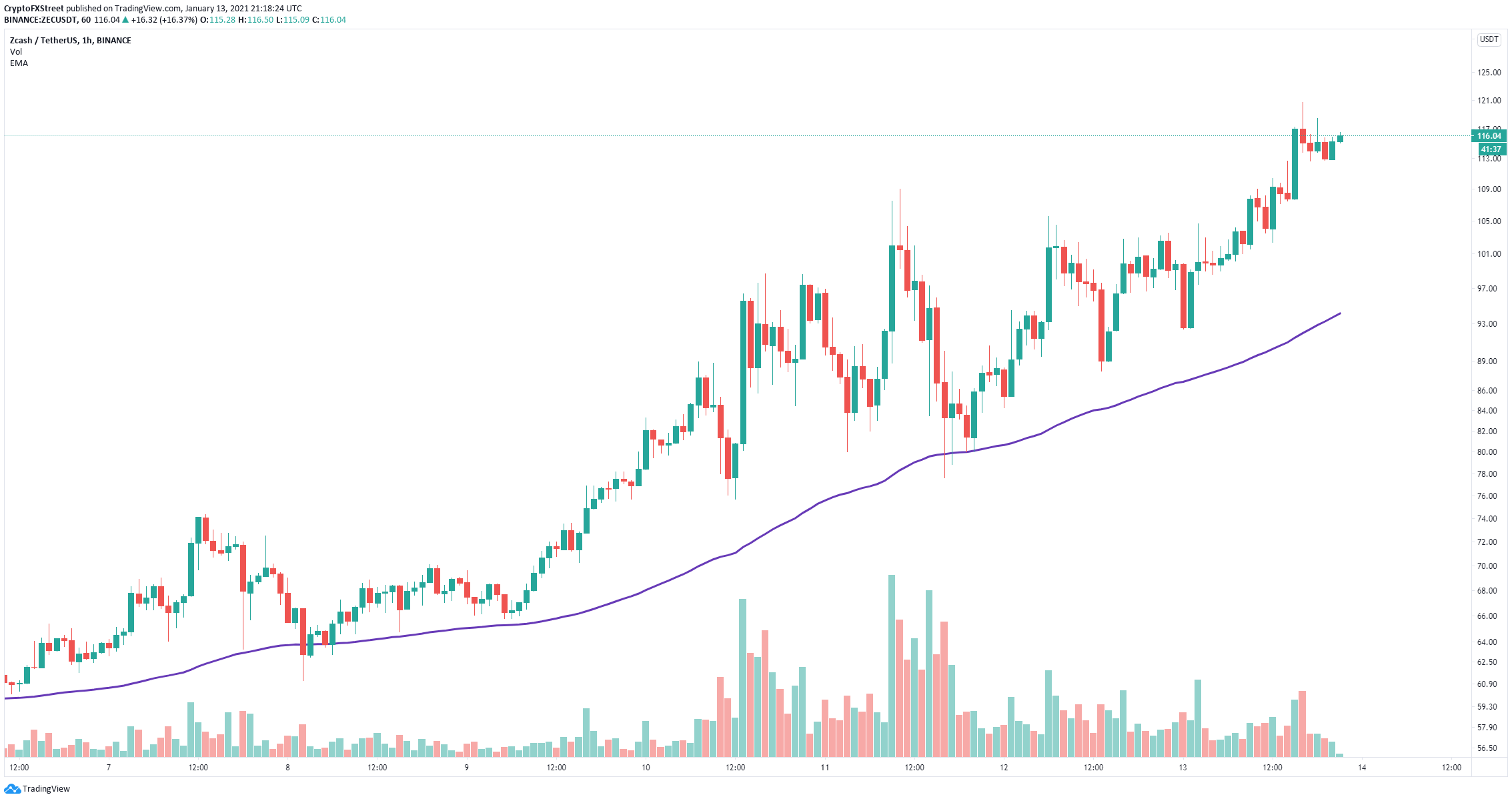 As long as the bulls can continue to defend the 100-EMA, the uptrend will remain intact. The only resistance level is established at $120. A breakout above this point can quickly drive Zcash price towards the psychological level at $130.