Zcash, Monero, and Dash took a mild hit after making significant gains over the past few weeks. Although these privacy-centric coins seem to have entered a stagnation period, momentum appears to be building for another leg up.

Zcash to resume uptrend after taking a breather

Zcash has been recovering slowly after prices tumbled to hit a low of $63.5, as previously discussed. While the privacy coin has yet to make another higher high, the bigger time frames, such as the weekly chart, show signs of further consolidation.

The buying pressure behind ZEC seems to be just enough to maintain its current price, preventing any major decline. 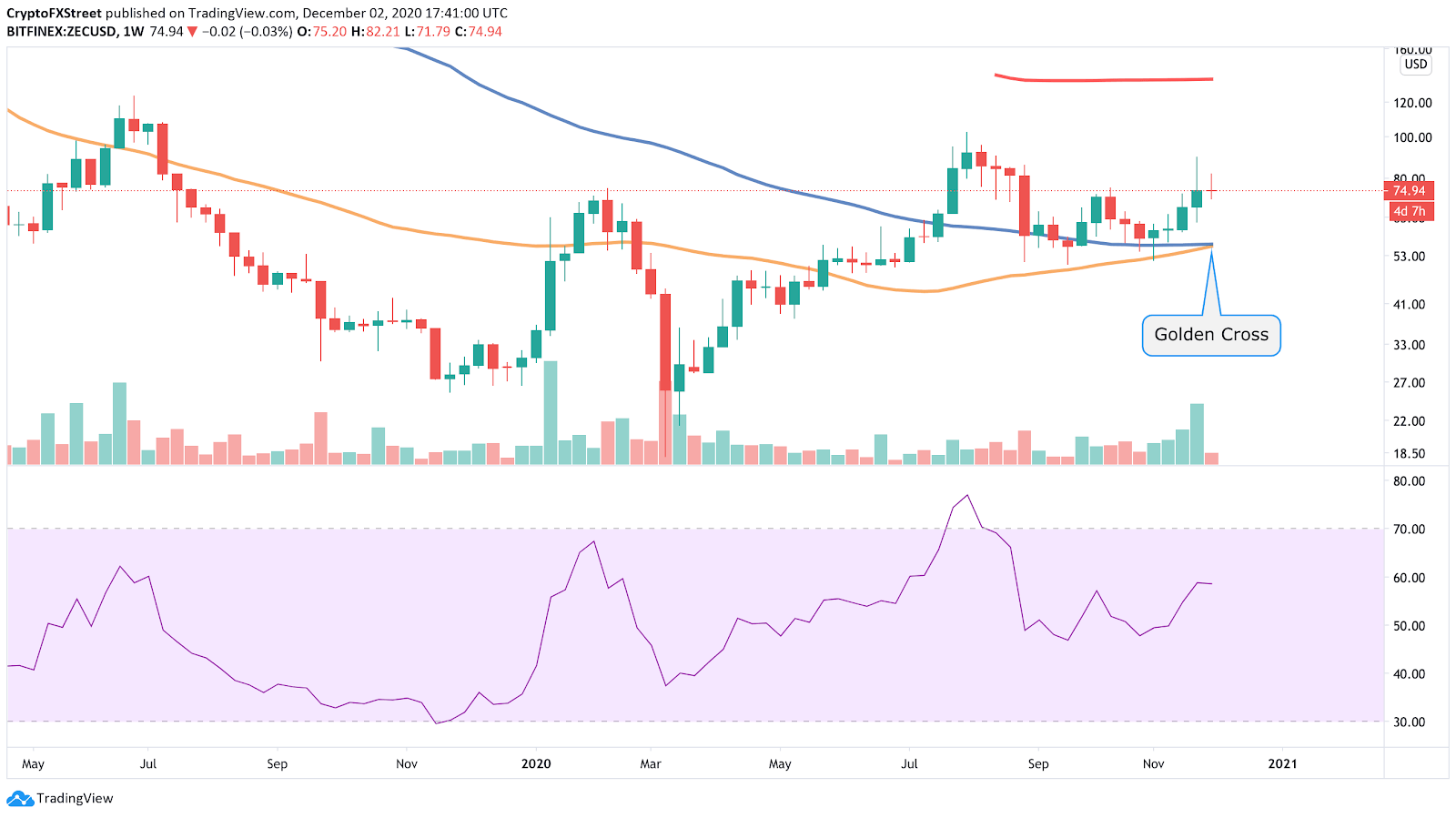 Regardless, it appears that the bulls are gearing up to cover even more grounds. As the 50-week SMA moves on top of the 100-week SMA, a golden cross may form. Many investors see this pattern as one of the most definitive and strong buy signals that could start a long-term bull market.

If validated, Zcash could rise and test the 200-week SMA, currently hovering around $135.

Since filing two patents for Monero tracing technology by blockchain analytics and intelligence company Cipher, it has failed to regain its previous position above $130. Indeed, XMR is currently exchanging hands just around $126 as it continues to recover from the 24% nosedive it took on November 24. 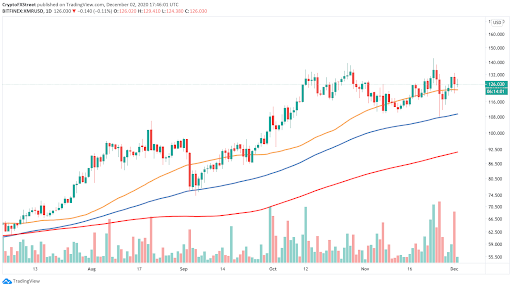 As long as Monero continues holding above the 50-day SMA, its trend may remain bullish. A further spike in buying pressure could see it surge towards $150. But if prices breach the underlying support, it will signal another retracement to the 100- or 200-day SMA.

These critical support levels sit at $110 and $92, respectively.

Dash’s rise to $140 dependents on a crucial hurdle

Since late November, Dash has enjoyed significant gains. Its price shot up more than 35% to hit a high of over $118. However, this resistance region rejected the bullish impulse, causing DASH to retrace to the $100 zone, where it is currently trading at. 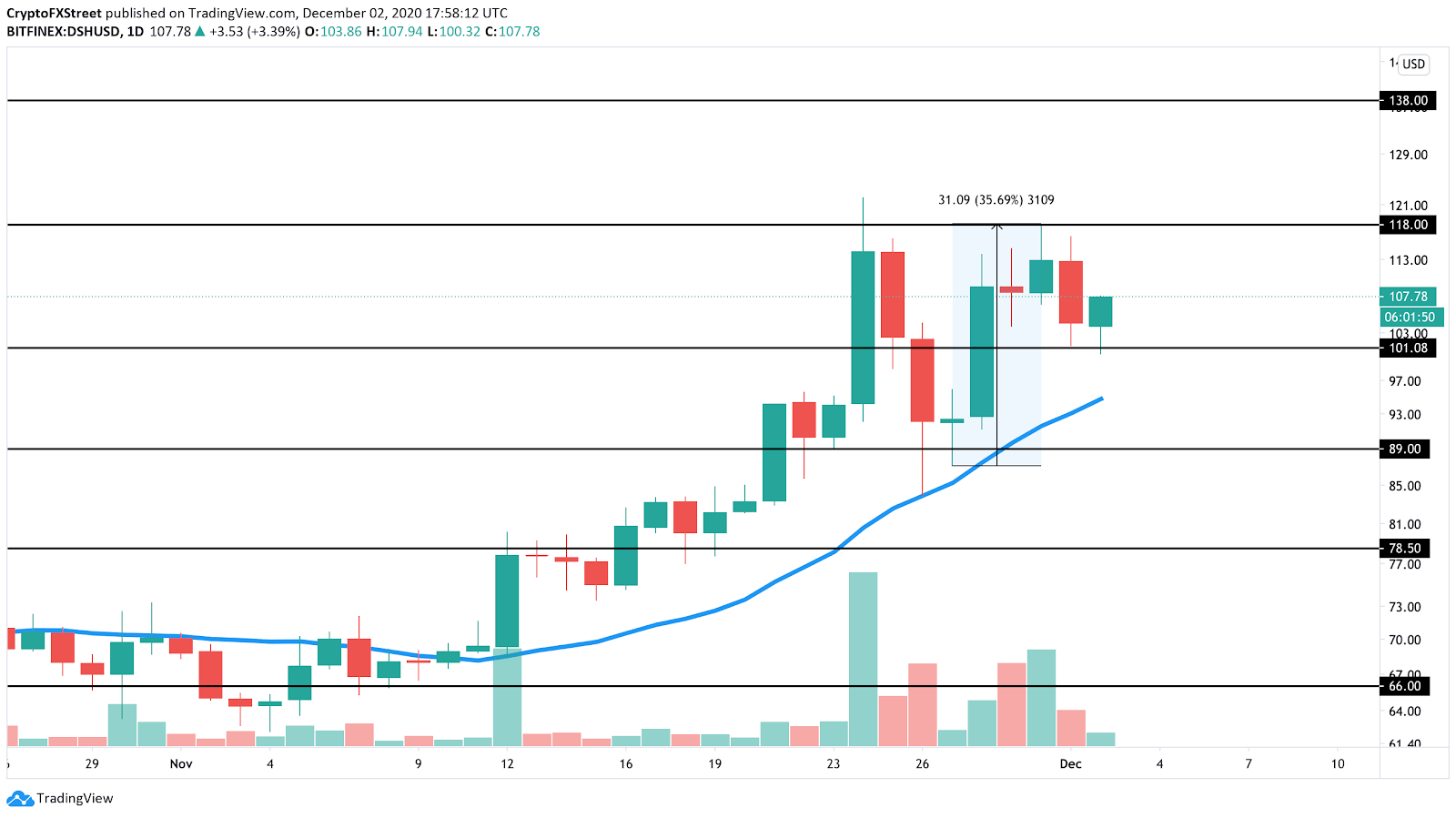 Given the increasing amount of money flowing into the cryptocurrency market, another rebound towards the $118 resistance barrier may be underway. If Dash can turn this hurdle into support, it will clear the path for a further advance to $140.

XRP price saw a swift breach of the overhead supply barrier, flipping it into support. This move indicates the presence of buyers; therefore, it is likely Ripple will continue to head higher.

Wall Street firm Citigroup is the latest institution to offer crypto services for its rich clients. The global bank launched a new business unit dedicated to the new asset class and the blockchain space.

Litecoin price is trying to recover support at the 50-week simple moving average (SMA) as LTC now trades in the upper half of the weekly range. The rebound has channeled minimal interest as daily volume has shrunk every day.