Ripple (XRP) price action is hanging against the ropes with Bitcoin price action and other major cryptocurrencies as the US midterms take center stage. Investors are nervous about the possible outcome though midterm elections historically lead to at least equity market rallies.. Should the Democrats win both the House and the Senate, expect to still see a meltdown in XRP price action.

Ripple price action is set to face downward pressure as the US midterms will see US citizens casting their votes on Tuesday. Do not expect a full outcome or result in just one night, as some states could be too close to call and could go into a runoff. Those procedures could take until December, with the new Congress not installed until January.

XRP price thus will be nervous as results will come in, with the most favorable scenario to be either a split, which is the current situation, with Republicans holding the Senate and Democrats in the House. Should Republicans win both institutions, expect to see a jump in cryptocurrencies as that outcome would mean that the Biden administration cannot push through reforms. XRP price action is expected to jump back above $0.48 and could be seen trading around the monthly  R1 near $0.54 should either one of the above outcomes become clear as results come in. 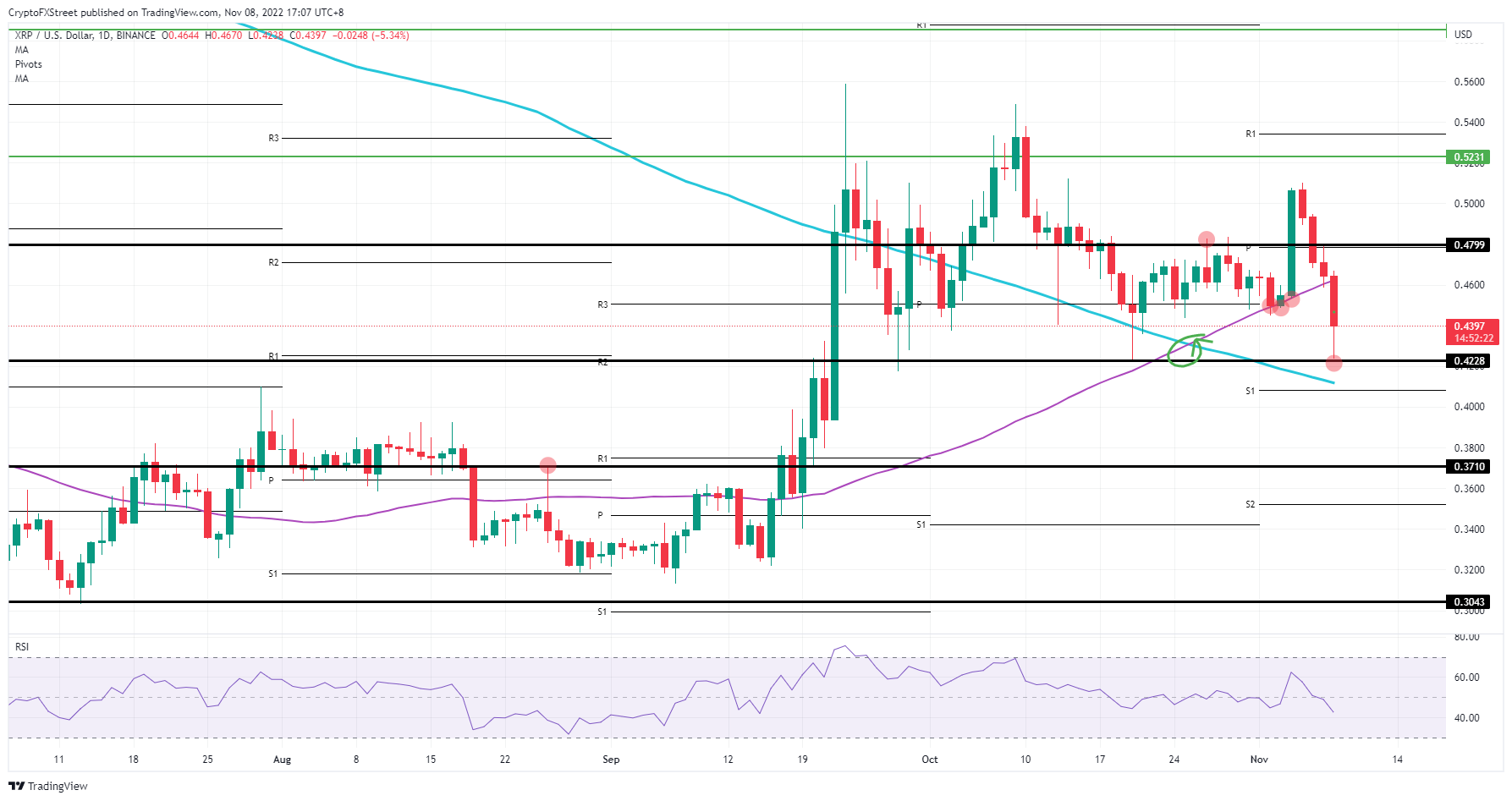 Should the Democrats claim both the House and the Senate, extremely unlikely based on the latest polls, more downside is expected With that squeeze, investors would back away even further from risk assets and see cryptocurrencies take another hit, with XRP price testing $0.37 and plunging toward $0.30.