XLM price has finally shaken off the technical restraints of the descending parallel channel that has directed Stellar since the June 29 high. The developing breakout has carried the cryptocurrency close to the strategically important 50-week simple moving average, creating a new challenge for a sustainable rally.

Stellar seeks expansion while ruffling the feathers of Ripple

In partnership with the private equity firm Advent International, Stellar Development Foundation has contacted Moneygram about a potential purchase of the remittance company. No final decision has been made, and Stellar and Advant may still decide to pass on the deal.

The Stellar Development Foundation is a part of the Stellar Network, a non-profit concern behind the Stellar Lumens digital asset. Stellar Network facilitates the movement of money around the world for people and companies. The transactions are in different currencies using blockchain.

Moneygram has been approached by various suitors over the years, including the Chinese financial services giant, Ant Group and direct competitor, Western Union Co. Ant Group was unsuccessful with their bid due to opposition from United States regulators in 2017 and last year, Western Union Co. was unable to reach an agreement with Moneygram.

The emerging Stellar takeover rumor is not Moneygram’s first engagement with the cryptocurrency space. The firm partnered with Ripple in 2019 to offer international payment services using XRP, the digital token of Ripple. This year, the relationship ended in March after the U.S. Securities and Exchange Commission (SEC) introduced a legal case against Ripple. Thus, a purchase of Moneygram would introduce a new twist to the competition between the two cryptocurrency rivals.

XLM price so close, yet so far from shining again

Today’s burst higher in XLM price offers the best day since the 21% gain on May 24. It is a definitive end to the governing descending parallel channel and pushes Stellar close to the burdensome resistance framed by the intersection of the 50-week simple moving average (SMA) at $0.275 with the apex of the most recent symmetrical triangle pattern at $0.278. The resistance is reinforced by the 50-day SMA at $0.282.

To mark a successful conclusion to the relentless Stellar correction from the May high, XLM price needs to record a daily close above $0.282, or the breakout will be categorized as a dead-cat bounce, triggered by an oversold condition on the daily RSI.

If XLM price records a daily close above $0.282, it will be well-positioned to target the first symmetrical triangle’s apex at $0.341, distributing a 21% profit from $0.282. Unfortunately for the Stellar faithful, a continuation of the rally will be obstructed by the pull exerted by the declining 50-day SMA. 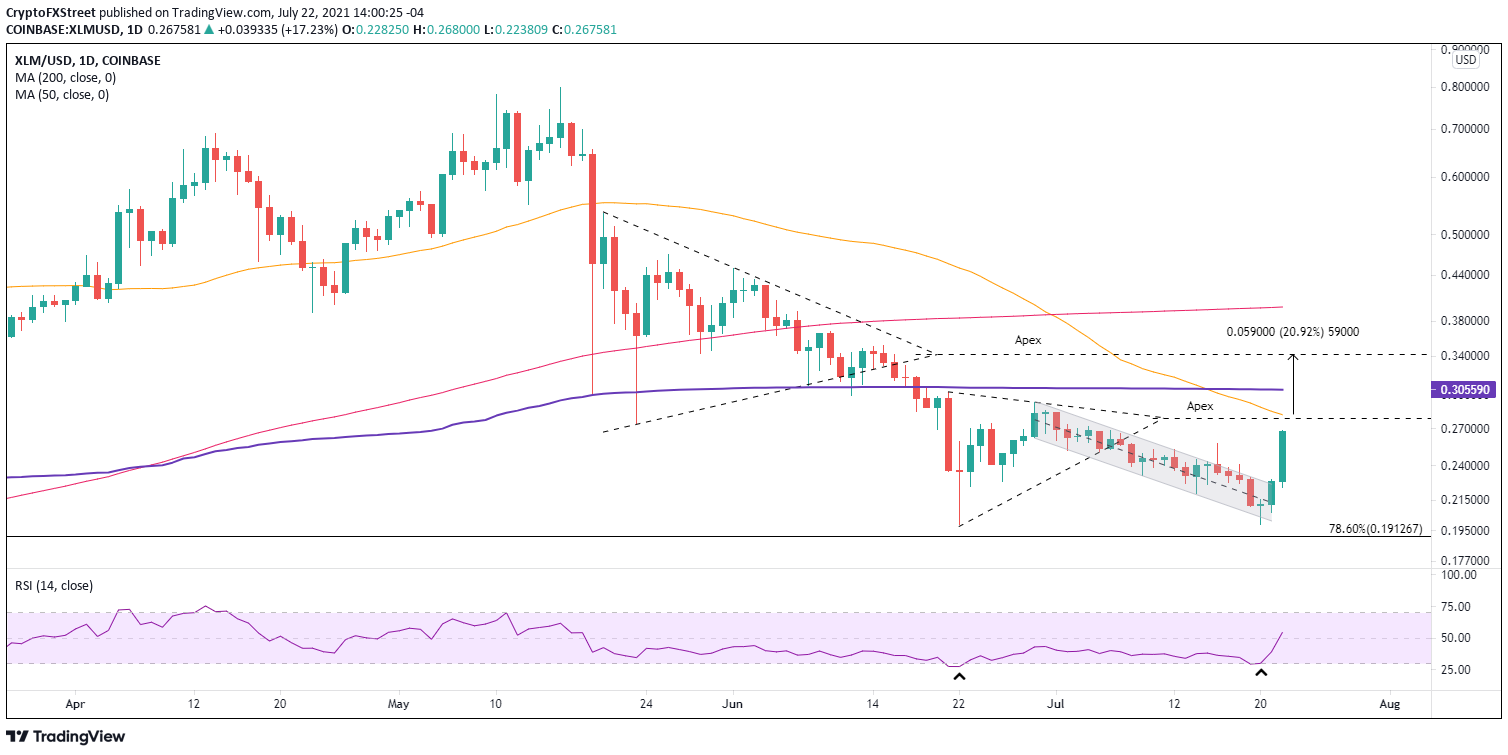 A daily close below the July 18 high of $0.240 would put the developing Stellar rally in question and reintroduce downside risk for XLM price. The cryptocurrency should hold the matching lows of July 22 and July 20 at $0.199. The 78.6% Fibonacci retracement at $0.191 is the last credible support until the 200-week SMA at $0.182. 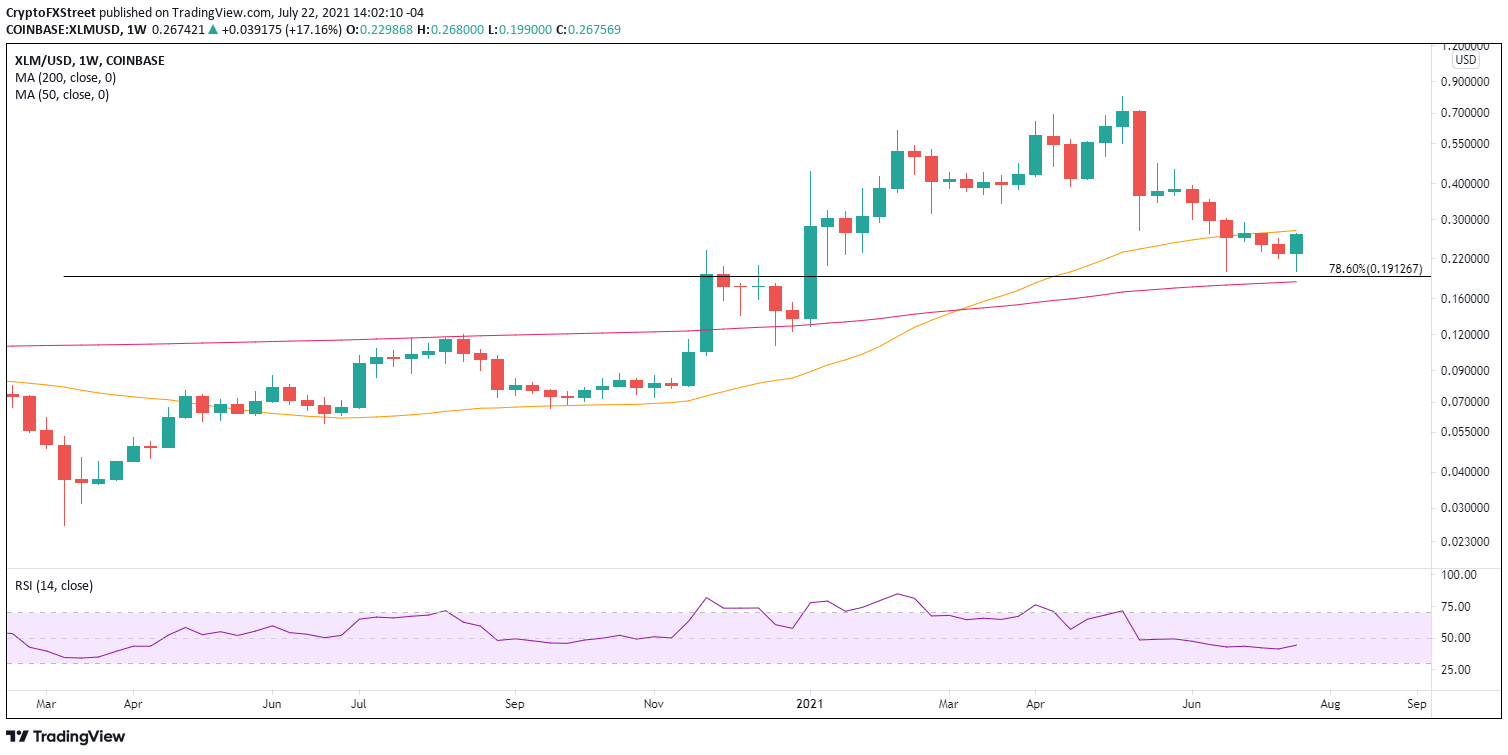 The rumors of a takeover of Moneygram International are thrusting XLM price higher and improving the charts’ technical status. However, the magnitude of today’s rally is lifting Stellar near formidable support that could prevent the digital token from becoming a rising star in the cryptocurrency market, at least in the near future.