Bitcoin price nosedived after fears the Federal Reserve will hike interest rates, and the asset remained highly correlated with tech stocks and the S&P 500. Analysts fear BTC could fail to make a comeback above $40,000.

Bitcoin price is wavering as a key metric identifying holders’ sentiment towards the leading cryptocurrency reached extreme readings. Based on data from crypto intelligence platform Santiment, within the first two hours of Monday the Bitcoin network witnessed a massive increase in the ratio of transactions in profit vs transactions in loss.

The ratio is 12.5 to 1, revealing a loss of trader’s confidence in Bitcoin’s recovery and its ability to make a comeback to the $40,000 level. This implies that traders and holders continue to remain unsure of Bitcoin’s chances to reclaim a key psychological barrier at $40,000. 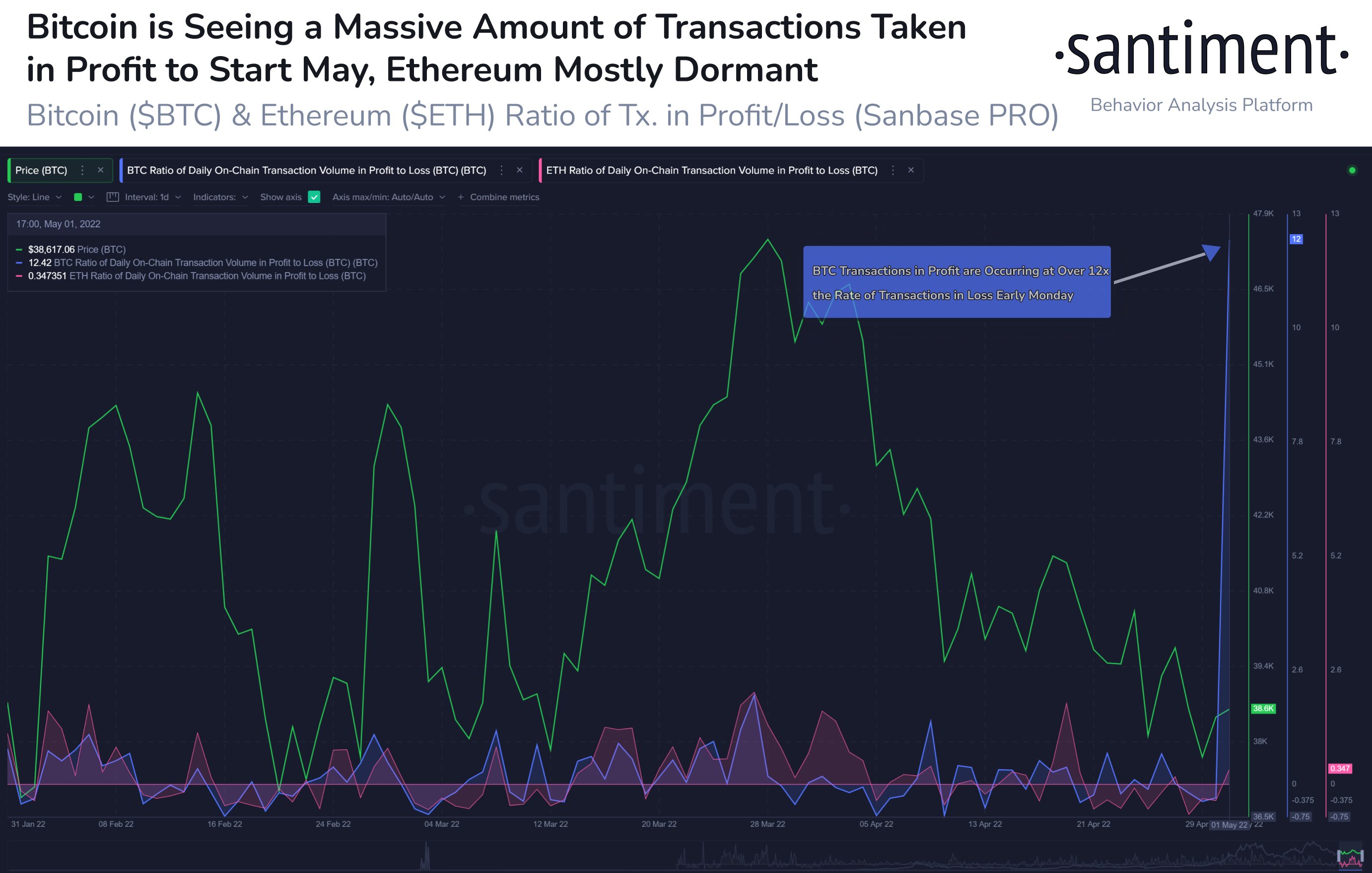 Bitcoin profit taking in the beginning of May 2022

Warren Buffett of Berkshire Hathaway was quoted in an annual shareholder meeting about Bitcoin and its utility. Buffett said,

If you told me you owned all the bitcoin in the world and you offered it to me for $25, I wouldn't take it. What would I do with it?

Buffett believes Bitcoin is not a productive asset and it doesn’t produce anything tangible. The billionaire has a bearish outlook on Bitcoin.

@davthewave, a crypto analyst and trader believes the medium-term outlook for Bitcoin price is bearish. Bitcoin needs to complete its correction towards the end of the year, and start a rally.

It may not be the prettiest picture, but at least it would have the correction complete toward the end of this year... pic.twitter.com/9kTPgOeoSO

Analysts at ecoinometrics have compared Bitcoin price to its 200-week multiplier and noted the possibility of BTC dropping to $21,435. 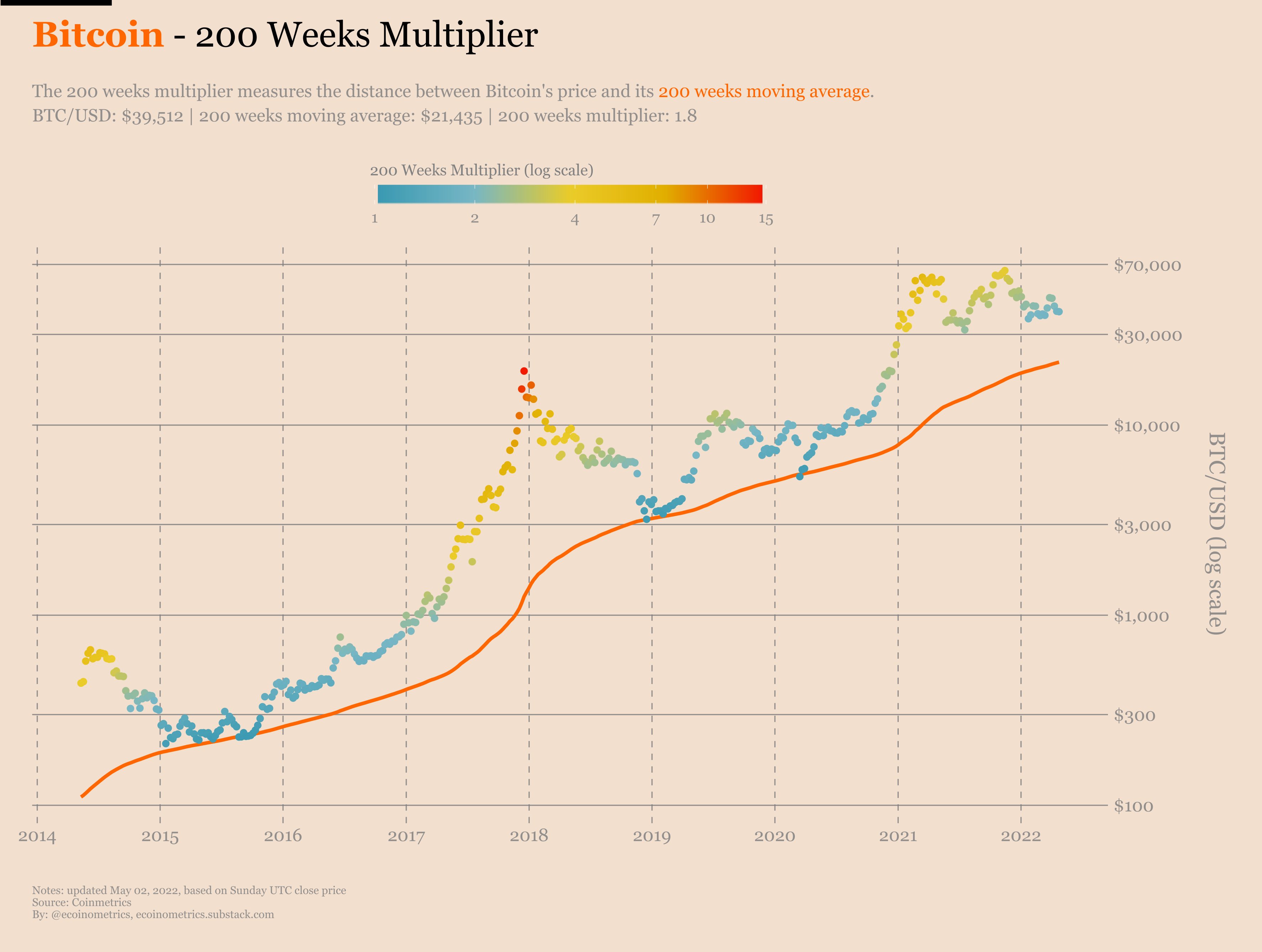 The distance between Bitcoin’s price and the 200-day Simple Moving Average has consistently decreased over the past two weeks. The 200-SMA is considered key to Bitcoin’s price trend, and a move below would be considered a very bearish sign for the coin.