Ethereum (ETH) price signals that the promised turnaround is not far off now. In itself, the fact that for two consecutive days, ETH price has not been able to close near $1,200 is already a clear signal that a turnaround is set to happen, as bears used bulls’ failed attempts to run price action into the ground. To make matters worse, global markets look to have assessed that the recovery from Tuesday was enough for now, and are erasing those gains as we speak. This will add to the ETH’s headwinds and probably trigger a leg lower towards $936.40 on the monthly S2 support level.

ETH price on brink of collapse

Ethereum price looks to be going nowhere and, in the meantime, is trapping bulls that tried to run up price in a breakout trade. Despite clear warnings from the current backdrop, plenty of traders are set to get axed and stopped out on their trading plan to pre-position for a long-term uptrend. Inadvertently, their poor judgement and timing is why ETH price is now slipping, as their stop loss sell orders are creating an overdemand to sell ETH, thus triggering more downside pressure.

ETH price could slip below $1,000 towards the monthly S2 support level at $936.40. That alone already accounts for 17% losses. If bears are so forceful in their attempts to run price action further down, expect to see $830.93 step in as a fail-safe floor. 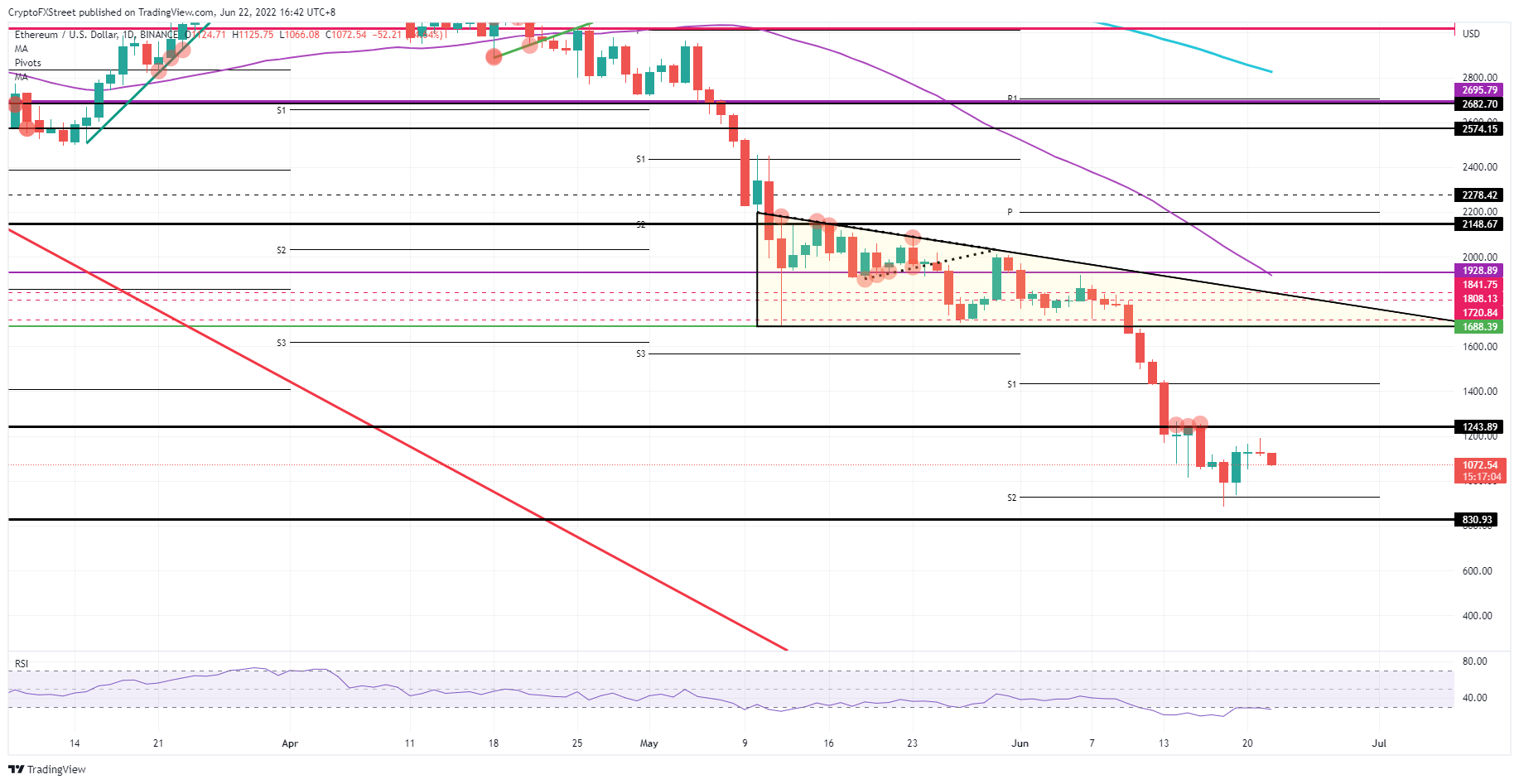 Alternatively from the bullish perspective, the Relative Strength Index (RSI) is still trading oversold but is starting to flatline, which points to the fact that bulls are very much present and willing to buy into price action. It is possible some depressurization will happen again, and ETH price could still hit $1,200, or $1,243.89 to the upside.