Vechain had a significant rebound already climbing by more than 35% since its low of $0.0346. VET managed to climb above a critical resistance level which is now acting as a robust support point. The next potential price target for the bulls would be $0.05.

On the 6-hour chart, Vechain price climbed above the 100-SMA, currently located at $0.041, and managed to hold this level several candlesticks in a row. The trading volume of VET has dropped significantly in the past 24 hours, which indicates a major move is underway. 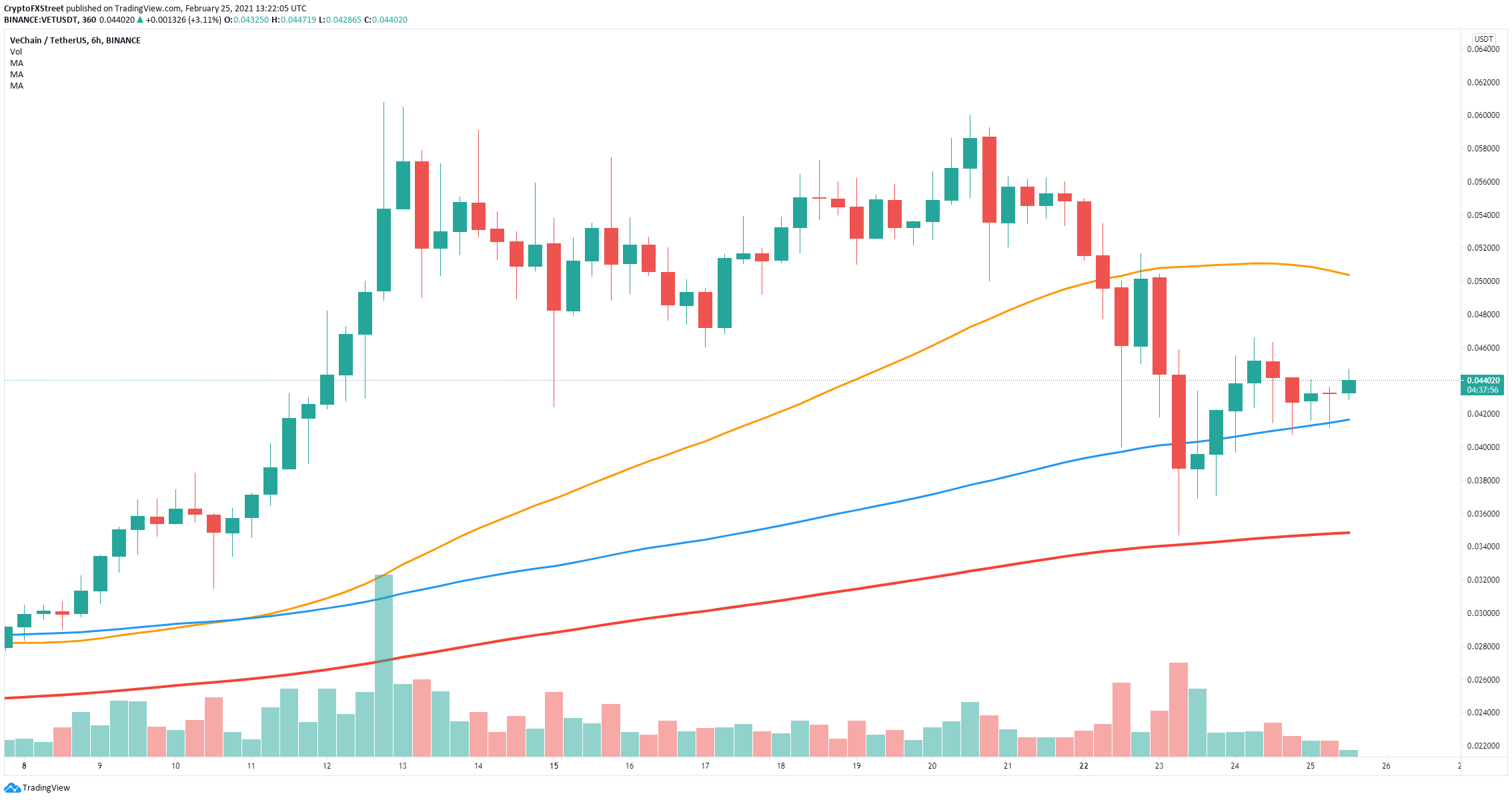 The next resistance point is the high of February 24 at $0.0465. A breakout above this level should swiftly push Vechain price towards the 50-SMA at $0.05. Turning this level into a support could drive Vechain towards $0.06 in the near future.

However, if the 100-SMA fails to hold, VET would be poised for a dive towards the 200-SMA support level established currently at around $0.035.