VeChain price is positioned for a massive bear trap, which would yield a spike of over 80%. The $0.002/3-box Point and Figure chart show why a breakout above $0.126 could initiate a flash-spike higher.

VeChain price is ready to pop, shattering any hopes of existing and future short-sellers

VeChain price has a rare combination of three powerfully bullish signals on its Point and Figure chart. And all three signals are considered authentic or confirmed if VeChain hits the entry of the hypothetical long setup. The three signals are as follows:

It is rare to have such a substantial collection of bullish reversal signals present at the same price level. Because of these three signals, they exacerbate the projected profit target from the Vertical Profit Target Method. Consequently, the profit target of $0.21 is just a hair below the 100% Fibonacci expansion at $0.212. 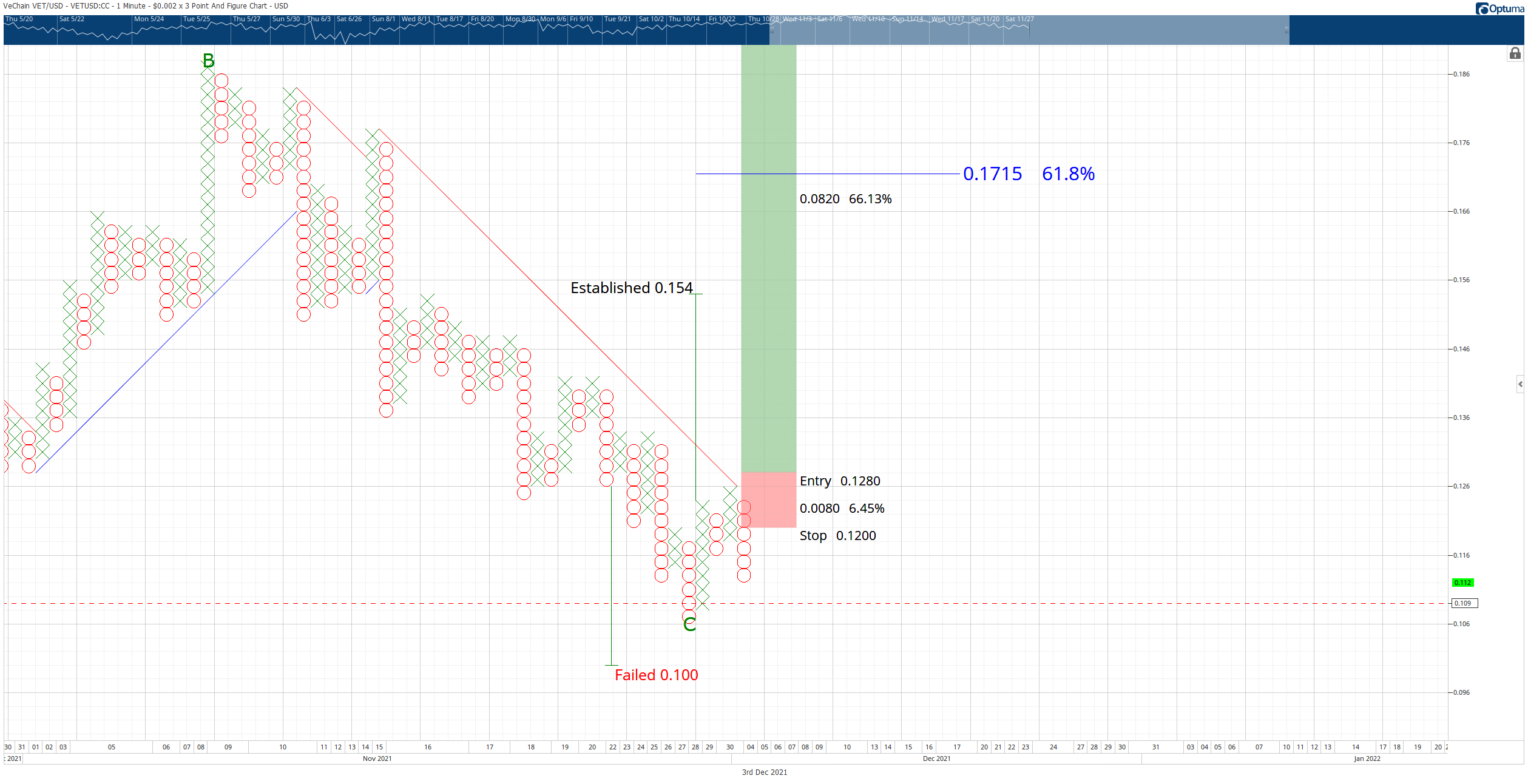 If any weakness over the weekend (which is always a possibility during the weekend trading sessions), the downside risk should be limited to the 38.2% Fibonacci retracement at $0.072.