FTX exchange is now under the watchful eyes of Turkey’s authorities, as revealed by the country’s finance minister on November 23. The bankrupt exchange, FTX, has been at the center of regulatory oversight from multiple countries after filing for bankruptcy on November 11.

The collapse of the third-largest cryptocurrency exchange by volume created ripples in the cryptocurrency space that caused many interconnected companies and projects to face an issue. Millions of user and employee funds are now stuck on this exchange as it proceeds with bankruptcy filings.

The Turkish Treasury and Finance Minister Nureddin Nebati revealed on November 23 n investigation into Sam Bankman-Fried, the former CEO of FTX exchange. The authorities also announced that they had seized the assets of Bankman-Fried and other affiliates amid this investigation.

The probe launched by Financial Crimes Investigation Board is an addition to the long list of authorities that currently includes the US, Bahamas, Singapore and so on.

FTX exchange’s downfall has caused authorities worldwide to signal caution and highlight the risks involved in the cryptocurrency ecosystem. Nebati added that investors, retail and institutions, should approach this space with “maximum caution.”

Singapore’s sovereign wealth fund GIC is one of the infected entities after the FTX exchange implosion. Due to the collapse of SBF’s empire, Digital Currency Group’s subsidiary Genesis Global Trading is now facing liquidity issues.

After the winddown of the FTX exchange, many players in the industry faced liquidity issues, and Crypto lender Genesis was one among them. As a result, the subsidiary halted withdrawals on November 16. On November 23, however, it was revealed that the company had loaned $575 million to DCG, which would be due in May 2023.

GIC, along with Softbank, and Google’s Capital G, were participants in DCG’s $700 million fundraising that took place in November 2021. Singapore’s sovereign wealth fund stated that volatility in its investments would remain high in the short term.

Over the last 48 hours, Bitcoin price has kick-started a recovery rally as it bounced from $15,500 to $16,800. This upswing is likely to continue toward $19,000 if the bullish momentum continues to hold. 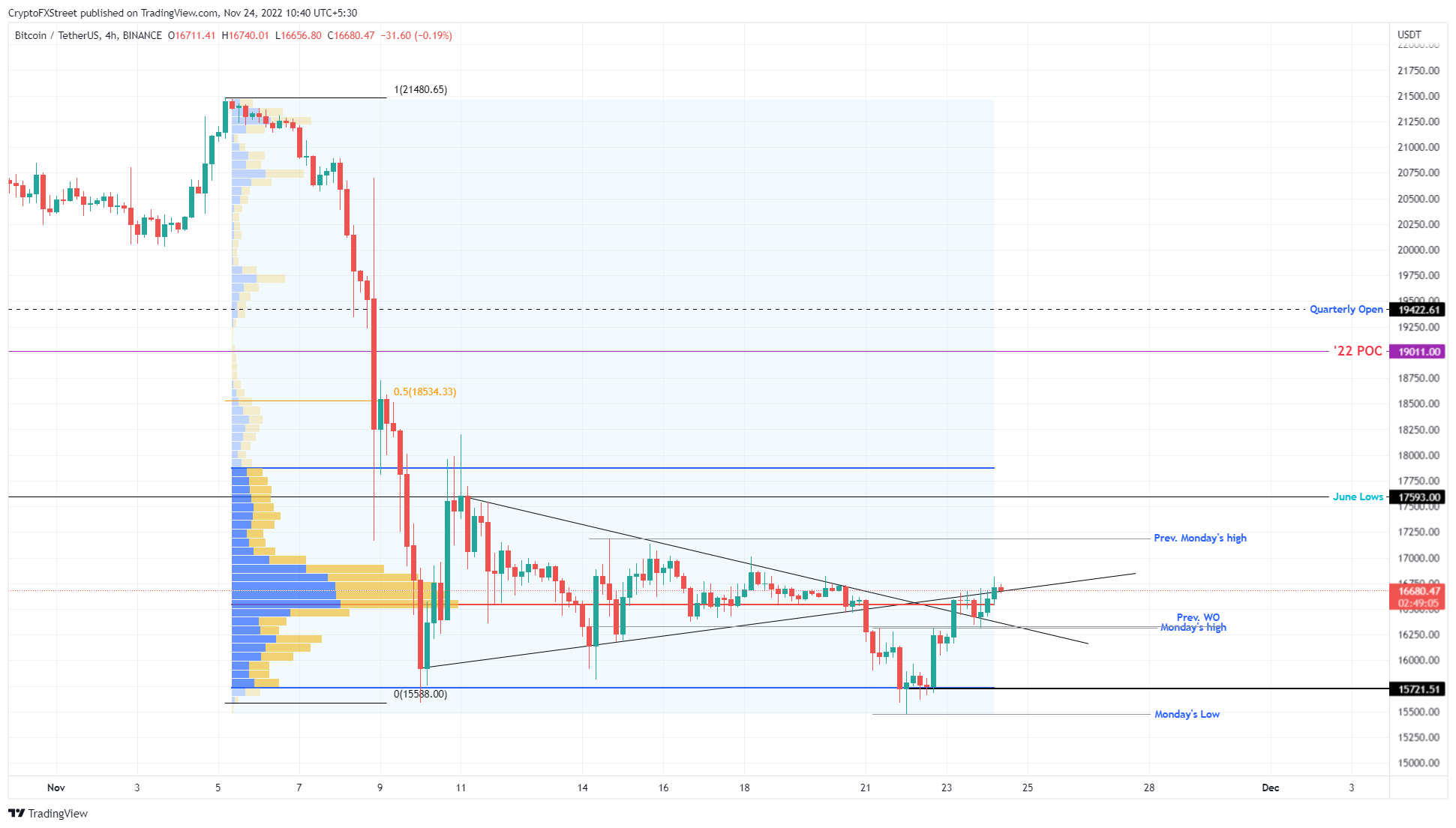 A breakdown of the $16,320 support level will induce fear among investors, who could offload their holdings, triggering a reversal. If the sellers take control and flip the $15,500 support floor into a resistance level, it will invalidate the bullish thesis and trigger a crash to $13,575.